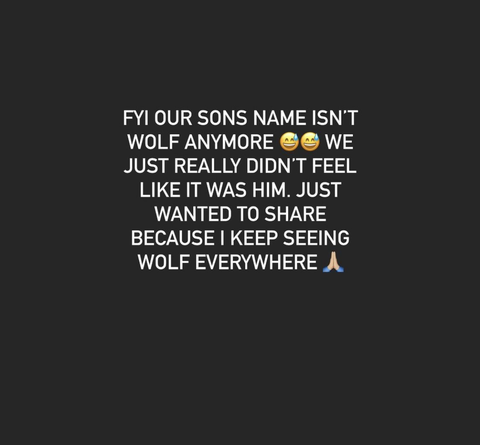 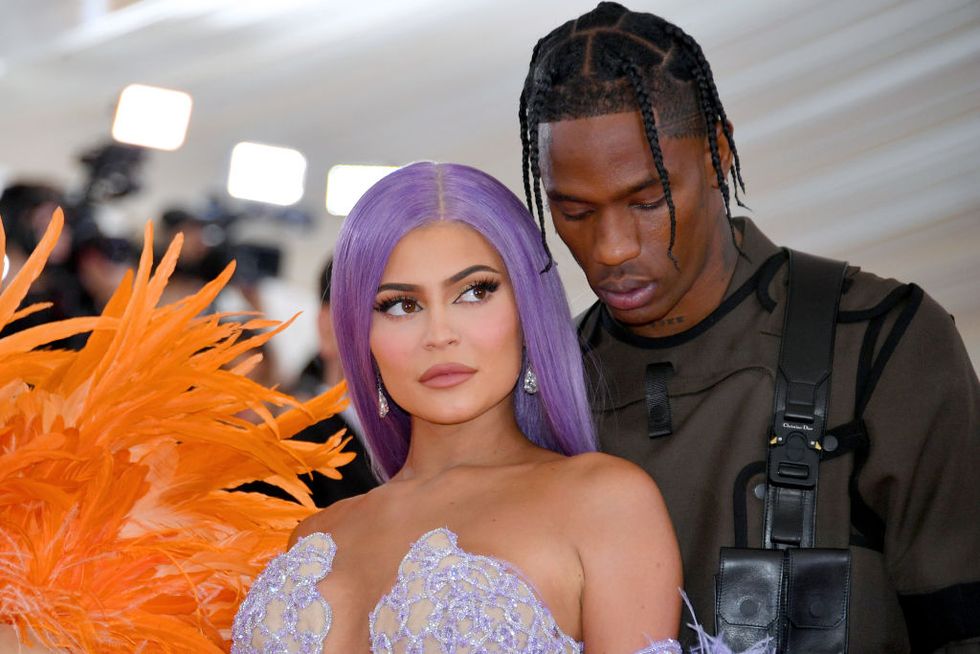 In the same way Kylie Jenner announced her son’s name was Wolf, Jenner casually revealed on Instagram Stories that she and Travis Scott have decided their baby’s name shouldn’t be Wolf. Jenner responded to media coverage of the 9-minute documentary-style video she shared, “To Our Son,” which included never-before-seen moments from her second pregnancy and time in the delivery room. “FYI our sons name isn’t Wolf anymore ????????,” she wrote. “We just really didn’t feel like it was him. Just wanted to share because I keep seeing Wolf everywhere ????????”

Jenner has kept much of her life post-pregnancy private. A source spoke to E! earlier this month about how Jenner is settling into life as a mother of two. “Kylie has been soaking in this first month with her baby and hasn’t been too focused on anything else,” the source said. “She’s enjoying the time bonding with Wolf and adjusting with her new family of four.”

“Her recovery process has been going really well and she’s starting to feel like herself again,” the source added. “It’s always hard the last month of pregnancy and she was very ready to have the baby. She’s taking it easy but is excited to get back into a fitness routine and will ease back into working out once she is cleared.”

Dating Leonard DiCaprio: What his history of younger girlfriends may say about him and about us