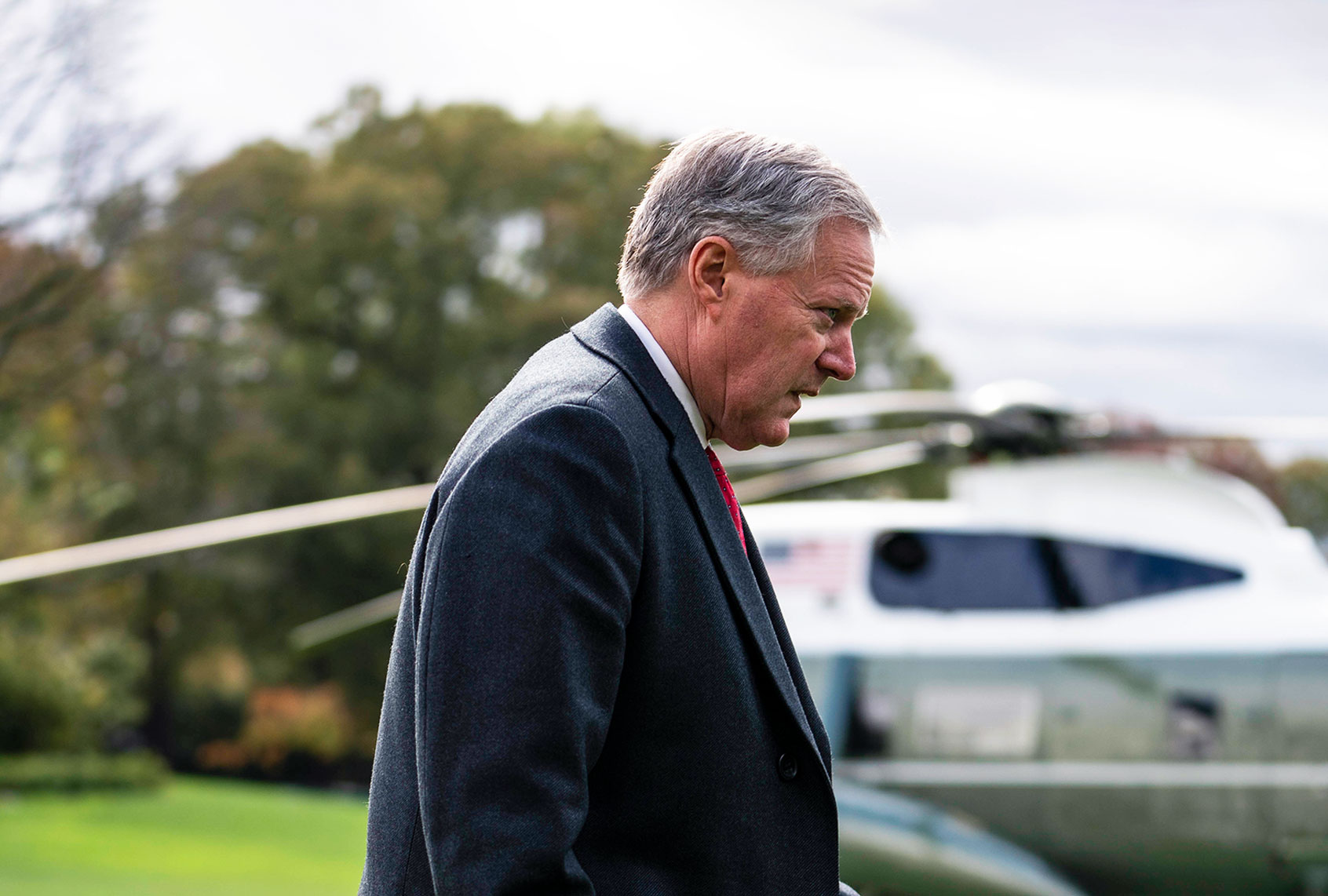 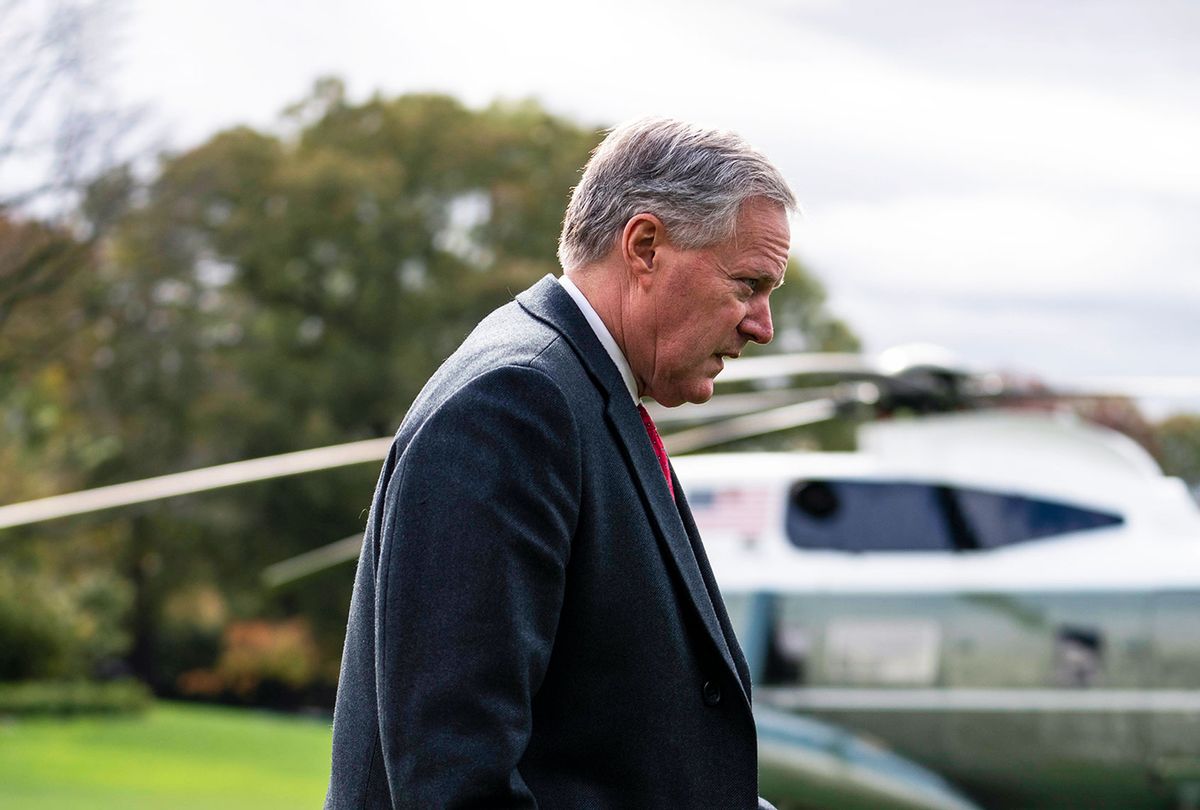 Former White House chief of staff Mark Meadows is under investigation for alleged voter fraud, according to the North Carolina attorney general’s office.

Meadows, who helped spread former President Donald Trump’s repeatedly debunked voter fraud claims, may have committed voter fraud himself in the 2020 election, The New Yorker reported earlier this month. Trump’s former top aide and his wife, Debbie, registered to vote in what has been called a “dive trailer” in a remote rural area. Meadows does not appear to have spent a single night there, according to the report. Local news outlet WRAL later reported that Meadows and his wife had voted via absentee ballots in North Carolina in 2020, sparking a state investigation.

State Attorney General Josh Stein’s office asked the State Bureau of Investigation to “investigate alongside the State Board of Elections,” spokesperson Nazneen Ahmed told WRAL on Thursday. “At the conclusion of their investigation, we’ll review their findings.”

“I am requesting the Attorney General’s Office handle both the advisement of law enforcement agencies as to any criminal investigations as well as any potential prosecution of Mark Meadows,” she said in a letter to the AG’s office, according to the report, adding that the state attorney general typically handles “prosecutions involving alleged misconduct of government officials.”

Welch said that she was “unaware of any allegations of voter fraud surrounding Mark Meadows” until she was “contacted by the media.” She noted that Meadows had contributed to her 2014 campaign and appeared in her campaign ads.

Meadows listed the Scally Mountain mobile home address in a voter registration field that asks for the residential address “where you physically live,” according to the reports. Mark and Debbie Meadows sold their prior North Carolina home when Meadows joined the Trump administration. Meadows is also registered to vote in Virginia, where the couple owns a condo, according to The New York Times. Meadows, the former chairman of the right-wing House Freedom Caucus, represented North Carolina in Congress from 2013 to 2020 and was considered a potential Senate candidate before he ultimately declined to run.

The former owner of the mobile home told WRAL that they had rented the property to Meadows’ family, but said the former Trump aide “never spent a night down there” and that Meadows’ wife only stayed for a night or two.

Melanie Thibault, the director of Macon County’s Board of Elections, told The New Yorker she was “dumbfounded” that Meadows listed the address on his voter registration form.

“I looked up this Mcconnell Road, which is in Scaly Mountain, and I found out that it was a dive trailer in the middle of nowhere, which I do not see him or his wife staying in,” she said.

Under state law, a person cannot list a temporary residence as their residential address unless they intend to make the property a “permanent place of abode.” In election law, the term “residence” refers to a person’s “domicile,” or the place where they actually live most or all the time.

The Supreme Court in 1972 ruled that “residence simply indicates a person’s actual place of abode, whether permanent or temporary. Domicile denotes one’s permanent, established home as distinguished from a temporary, although actual, place of residence.”

State law allows a person to claim an address as their residence if they are living elsewhere temporarily but have the intention of returning. Both the New Yorker and WRAL reported that the trailer property has since sold to a different owner and the Meadowses remain registered at the address. Last year they also bought a $1.6 million home in South Carolina.

The state’s voter registration form warns that it is a Class I felony to “fraudulently or falsely” fill out the form, which could involve a prison sentence of up to one year, according to WRAL.

“I don’t want my vote or anyone else’s to be disenfranchised. … Do you realize how inaccurate the voter rolls are, with people just moving around?” he told CNN in August of 2020. “Anytime you move, you’ll change your driver’s license, but you don’t call up and say, ‘Hey, by the way I’m re-registering.'”

After Trump’s defeat, Meadows pressed the Justice Department to investigate the former president’s conspiracy theories. Meadows was also on the infamous phone call in which Trump pushed Georgia Secretary of State Brad Raffensperger to “find” enough votes to overturn his loss in the state. In December, the House voted to hold Meadows in contempt of Congress after he refused to cooperate with the House probe into the Jan. 6, 2021, Capitol riot.

Bobbie Richardson, the chairwoman of the North Carolina Democratic Party, told the Associated Press that Meadows’ “hypocrisy of helping to spread false claims of voter fraud in 2020 in an attempt to overturn the election” combined with his voter registration information was “unparalleled.”

The Washington Post editorial board skewered Meadows last week, calling him out for exposing the “hypocrisy of Republicans on voter fraud.”

“For the past year, the Republican Party has gone to great lengths to restrict absentee voting in state legislatures, claiming that mail-in ballots allow nefarious actors to influence the elections,” the board wrote. “This was always misdirection; fraudulent behavior is extremely rare, and election audits have repeatedly shown that the few cases that do occur do not affect elections. Will Republicans now denounce one of their own for engaging in such activity?” 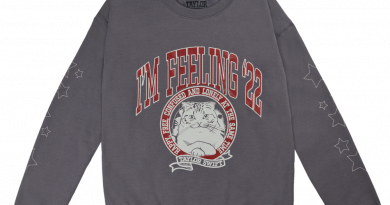 Taylor Swift Is Getting an Honorary Doctorate from NYU

Bradley Cooper and Irina Shayk Are Reportedly Rekindling Their Relationship