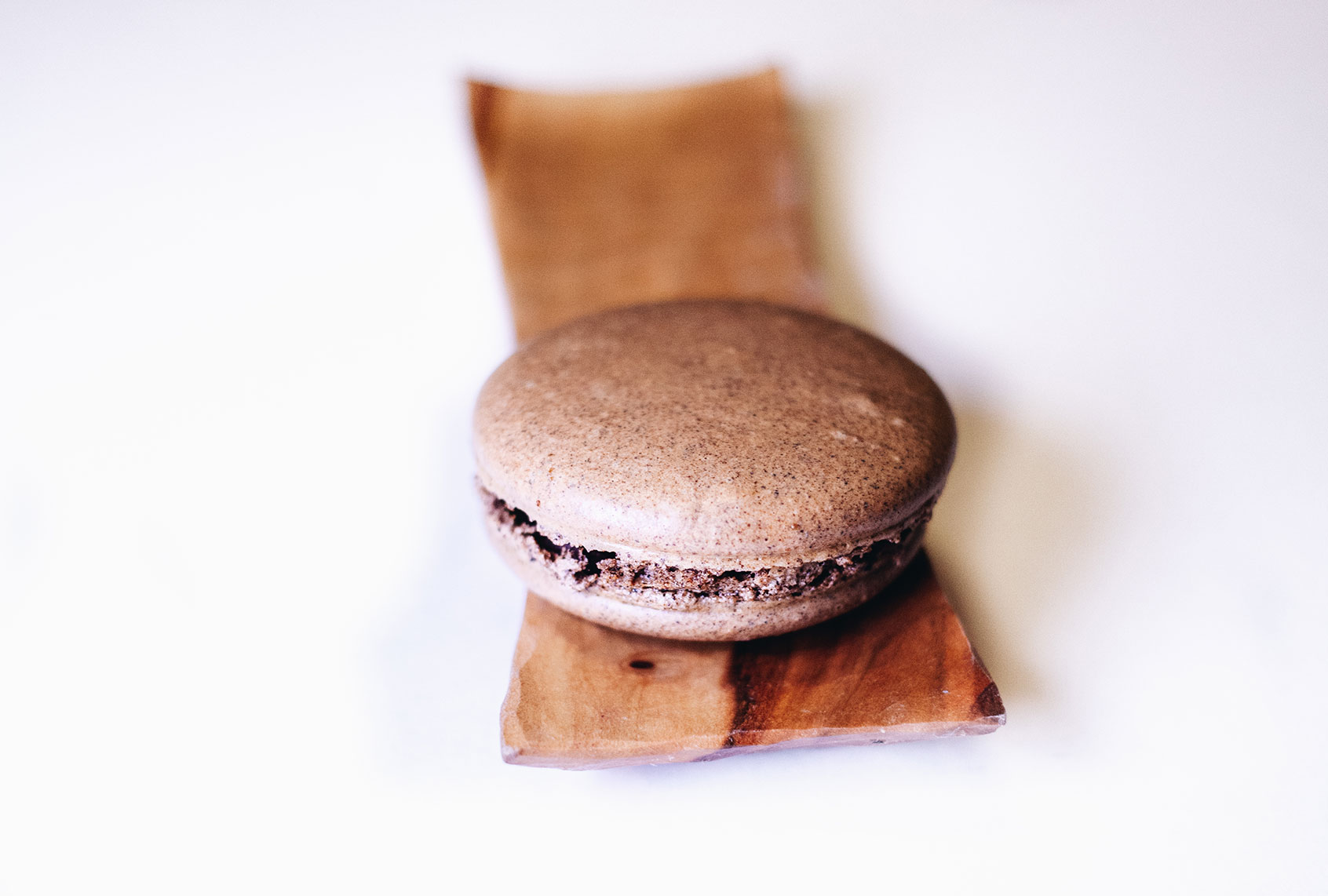 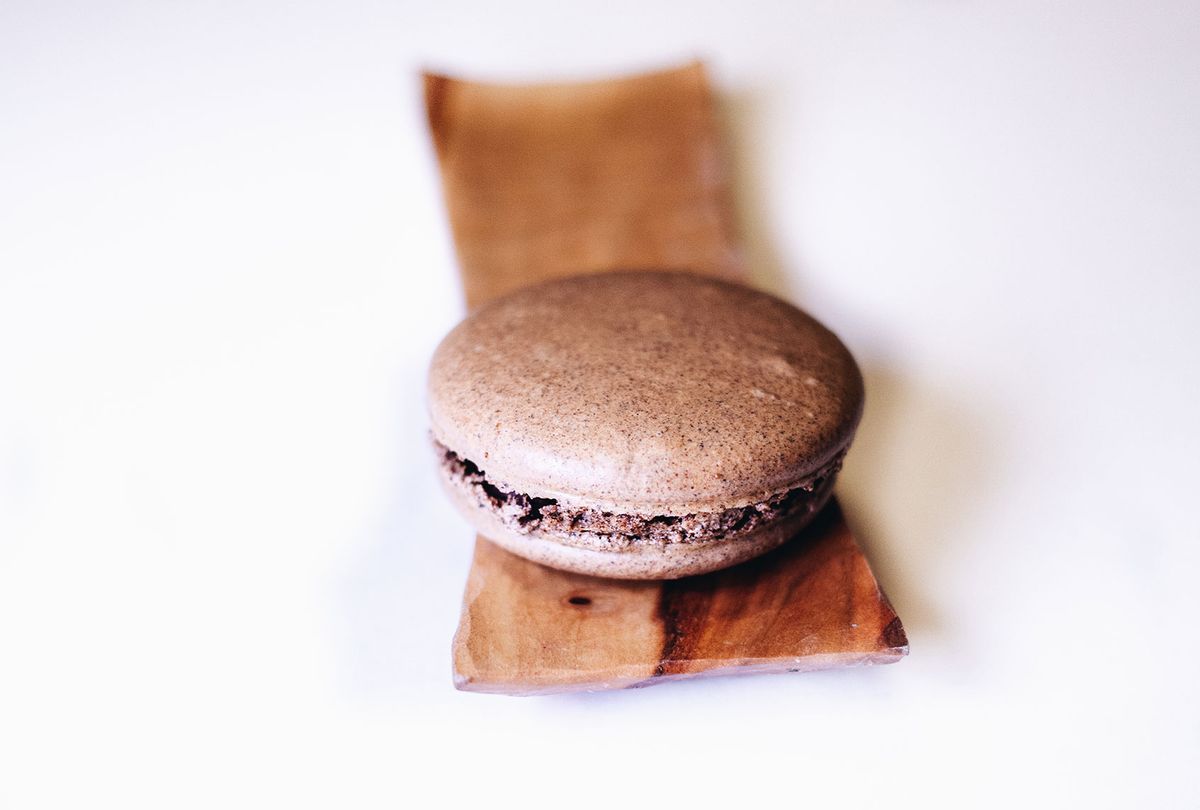 Anna Li knew something was wrong when she took a sip of her morning coffee back in December and all she tasted was hot, slightly bitter water.

“My roommate and I have a coffee subscription, and it’s not uncommon to get a dud,” said the 24-year-old chef de partie at Smyth, a Michelin-starred tasting menu restaurant in Chicago. “But then it hit me, and I went on this rampage in my apartment, sniffing all the candles I know are obnoxious and eating peanut M&Ms and olives at the same time.”

It was a few days into a weeklong closure at Smyth and downstairs bar/lounge sibling The Loyalist by chef/owners John and Karen Shields after several staff members tested positive for Covid-19. Li, who was vaccinated and boosted, figured she had Covid even before getting tested, as smell and accompanying taste loss have become telltale symptoms of the virus.

Affecting between 30 and 80% of patients, per the McGill University in Quebec, smell loss is frightening and isolating for anyone — let alone someone whose livelihood relies on these deeply intertwined senses. During Li’s surreal week without smell and taste — which coincided with New Years Eve and the busiest week of service she’d ever seen at Smyth — she leaned on her team (and their collective penchant for gallows humor), unearthed an unfound trust in her own abilities and learned to never again take her senses for granted.

Related: My pasta, myself: Forging a home in New Mexico through Hatch green chile pasta

As chef de partie (essentially a pastry line cook), Li is part of a small team of chefs charged with all baking and pastry for both restaurants — which encompasses everything from buns and baguettes to cakes, macarons, custards, syrups and sorbets. Menu development affords them access to an enviable toolkit of superlative ingredients expressed in every imaginable form — peak-season white truffles and citrus spanning sour, citrony bergamot; bittersweet seville oranges; and piney sweet limes. Black malt oil made from wheat berries is sprouted in house, blackened and mixed with beeswax to co-star in a rich foie gras macaron. A fig leaf creme brulee will undergo dozens of iterations just to settle on how to best steep the bitter leaves in the liquid.

Li relies on her nose to determine when things are baked; she tastes dishes at every development stage — tweaking within the microscopic realm of 10 more grams of lemon juice.

“Something I realized — which, when I think about it now, is pretty common sense to me — was just how much brain power I’m able to offset by relying on smell cues when I’m cooking or baking something,” she said.

Suddenly lacking these crucial sensory pillars, she headed back into work following a 10-day quarantine, knowing she had to execute a special New Year’s Eve menu. Oh, and did I mention her sous chef Brian — with whom she was supposed to spend six hours workshopping a chocolate hazelnut opera cake — had tested positive on a rapid Covid test that same day?

“I was like, cool cool cool. I’ll just do this cake by myself without the ability to taste and smell,” Li said.

Certain desserts reappear in different versions and so will benefit from template formulas, like the opera cake. But iterative development is still crucial to every station in a fine-dining kitchen throughout service, not just to create the most delicious item, but also to achieve consistency. Li leaned even more on her team to ensure things passed muster to cap off a $265 tasting menu.

“Jenna, my station partner, and I have each other taste things a lot — just another taster, pair of eyes, and check and balance on everything,” she said. “But I had so much self-doubt, and it also made me feel so useless. What am I here for if I am not able to taste things?”

Fortunately, her coworkers found a little humor in the absurdity of the situation, buoyed by the strong likelihood that this would be temporary, since Li was boosted.

“People were so mean!” Li said with a laugh. “We had this new dessert on the New Year’s menu, a mushroom custard with royale sauce. And people were dipping slices of shaved white truffle into this gorgeous royale sauce my chef had made, like, ‘Oh my god, this might be the best white truffle I’ve ever had. You should try it — oh shit, I forgot you can’t taste anything.'”

What does musky, garlicky rare Piedmontese white truffle taste like if you can’t taste anything? “Leathery pieces of nothing.” And how about that pricey spoonful of briney, savory, refreshing caviar that was leftover after service? “Cold, tiny little bland tapioca pearls.”

Aside from setting timers, using temperature gauges and relying on color as doneness cues.

“Li began looking to other tools in her arsenal as indicators that dessert components were on the right track: Does this feel right in the mouth the way it did when it tasted right before? How are the salivary glands reacting? Does this coat the tongue in the same way? Is there enough sugar in this salty component so it feels round and spreads out over the palate? She even found slivers of carnal joy, which also gave her hope.”

“There was a moment when we were closing down the restaurant after New Year’s — it was probably 1:30 am,” she recalled. “We have apple nectar we make — cold, made with honeycrisp apple juice we spice and cook in house. Because we were closing for a week, almost all mise en place had to be otherwise preserved or tossed, so I got to chug half a course’s worth of this nectar, and it was so fucking delightful — I think partly because it was chilled. It was the first thing I had consumed since losing my taste that had sparked a kind of delight or visceral joy. I remember thinking, this is so bright and sweet and refreshing and I could have so much of this.”

Over the following week, Li’s taste and smell returned gradually, starting with savory things. It was only recently she finally reclaimed the ability to discern subtlety in sweet things—floral, fruity and so on.

But is she a different cook now?

“I’m almost reluctant to say I don’t think so,” she said. “I think perhaps I take less for granted in the sense of the carnal, visceral pleasures of flavor that make the experience of eating so delightful. And to me personally, someone who’s grown up with the ability to taste, having it back is incredible.”

Maybe it’s not such a bad thing to quickly forget, even unlearn, some of what we relied on to endure a traumatic time. Scientists recently discovered that neurons in the brain, in addition to containing nanomachines designed to construct new memories, are endowed a different set that’s dedicated to carefully disassembling — and thus forgetting — certain components of our stored memories. In an opinion piece for the New York Times, Scott A. Small, director of the Alzheimer’s Disease Research Center at Columbia University, wrote that while it’s vital to remember the toll of the pandemic and carry its lessons with us, forgetting is also normal and crucial for mental health:

“Memory and forgetting work in unison,” Dr. Scott wrote. “We depend on our memory to record, to learn and to recall, and we depend on forgetting to countervail, to sculpt and to squelch our memories. This balancing act is, as it turns out, vital for our cognitive functioning, creativity and mental health.”

For Li, what endures in tangent with her deep sense of gratitude is a reinvigorated confidence in her abilities and instincts as a chef. She relishes in her practice  — religiously tasting each component of her mise en place to discern whether the essential oils express weaker today than yesterday, to decide if the warmly spiced rum syrup needs the nutty vanilla hit of tonka bean, to determine how to achieve the perfect balance in that tiny foie macaron packing such powerful flavors as foie gras ganache, blackened finger lime, pine syrup, black malt wax and pickled golden enoki mushroom.

“A lot of things we plate require a sense of balance and delicacy,” Li said. “You have this tiny foie gras macaron that is an inch-and-a-half in diameter. Should I put one piece of pickled mushroom or two? What size? How strong is that pickle? If I put too much will it overpower the ganache?

“Part of that is getting comfortable in my role, being like, we should be better about executing at every stage. But I’m also taking more ownership. I do have confidence in my adjudication of balance and what I’m experiencing. And that is such an empowering tool.”

More from this author:

“One of the worst offenders”: Palin spreads more misinformation than any GOP candidate, study shows

Maybe it’s the nostalgic chill in the air or a harkening back to the beauty dates of yore, but it