Women groups under the auspices of Kaduna Women Association (KWA) have thrown their weight behind the presidential ambition of the human rights activist, Omoyele Sowore under the African Action Congress (AAC) in the forthcoming 2023 general elections.
The group said Sowore was a man of the people, a detribalised national figure who is loved by the people of all regions, religions and tribes for fighting for the rights of the common man.

The group which comprised old and young women gathered on Thursday in Kaduna State in their numbers to show their support for the activist.
Speaking on behalf of the group, its patron, Andy Young, promised to work hand in hand with the women to ensure the victory of Sowore as the President of Federal Republic of Nigeria come 2023.
He called on Nigerians to jettison sentiments and support Sowore’s Presidential ambition adding that Nigeria would be set on the path of economic greatness and prosperity if the human rights activist was voted into power as President.
Sowore, who spoke at the occasion through a representative, Agena Robert Ande, expressed happiness towards the women’s courage, resilience and commitment in endorsing him for presidency.
He added that a vote for him was to end insecurity, corruption, bad governance, police brutality, impunity and all forms of oppression in the country.
Sowore promised to put an end to incessant herdsmen and farmers’ crises in Southern Kaduna and the country as a whole.
The AAC Presidential aspirant urged Nigerians to use their ballots to vote out bad and corrupt politicians who had continued to steal their commonwealth.
He said, “Don’t vote for sick people who will come and use tax payers’ money to pay their hospital bills. You have to stand your ground to vote against all these bad elements that brought the country to this level.
“Nigerians have their rights and that right must be given to them and the time is now.” 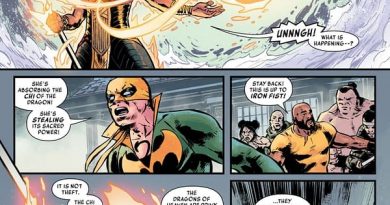 Prosecutors mull new charges for Allen Weisselberg to get him to spill the beans on Trump: report