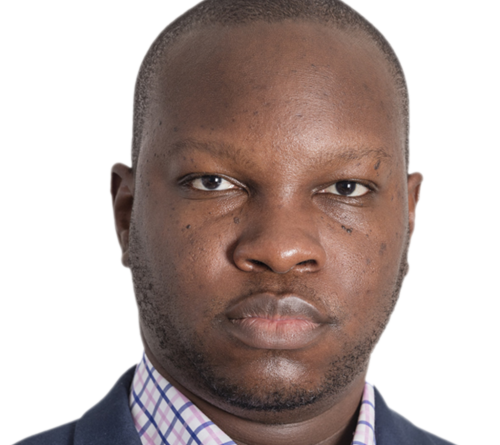 Anoosheh Ashoori and Nazanin Zaghari-Ratcliffe, two British nationals who have been in detention for four years in one case, and six-and-a-half years in the second case, have been released by Iran, and as I’m writing this, are preparing to board a plane that will start the first leg of their journey back to the UK after years of enforced holiday in Iran. The Iranians had been reticent about releasing them, especially Mrs Zaghari-Ratcliffe, insisting that no negotiation could happen if certain funds seized by Britain were not unfrozen.

These “miraculous” releases are happening at about the same time that Boris Johnson, Britain’s Prime Minister, is landing in Abu Dhabi to talk to the Emiratis about ramping up their oil production to massage oil prices, given that on average now, the cost of a litre of petrol has risen to £1.50 (₦1,178) per litre in his country, and along with rising gas prices, has gotten a good proportion of the British electorate grumbling. Later today, Mr Johnson would land in Riyadh to talk with the Saudis towards achieving a similar goal.

Note that for years, the Brits have been demonising the Saudis for the gruesome murder of Jamal Khashoggi back in 2018, and other tasty human rights behaviours. They have also taken the UAE to task for bad behaviour including an incident back in 2012 when one of Boris Johnson’s predecessors, David Cameron, took Sheikh Khalifa bin Zayed to task over human rights violations.

However, as perhaps Mr Johnson’s most famous predecessor, Winston Churchill, said after his first visit to Moscow to meet with the biggest tyrant of the 20th Century, Josef Stalin, “If Hitler invaded hell I would make at least a favourable reference to the Devil in the House of Commons.”

It was in Churchill’s interest to defeat Hitler first, so he parked his loathing of Stalin’s Bolshevism to one side, and made a deal with Stalin. No sooner had Hitler been defeated and taken himself off of the mortal coil than Churchill started to warn of the dangers of Bolshevism, and an iron curtain descending over Europe.

Boris Johnson has chosen to park his “concerns” about human rights in Saudi Arabia and the UAE to one side in order to get the oil that his population needs to keep petrol prices down, and for good measure, I am certain that a backroom deal has been reached with the Iranians, in order to soften them up for raising their oil output. The Americans, after years of publicly backing Venezuelan dissident, Juan Guaidó, have sent a delegation to speak with Nicolas Maduro about raising Venezuelan oil output, for pretty much the same reason that Mr Johnson is in the Middle East. The Germans, as we speak, still buy Russian gas, and I am certain that after the war in Ukraine is done and dusted, these same people would reach out to Vladimir Putin to strike a deal if they calculate that he would be a useful ally against a still rising China.

Do I hold all of these contradictions against the West?

Western countries are structured in such a way as to keep the majority of their people as economically prosperous as possible, and maintaining that prosperity is what drives their political calculations. If there is a noticeable drop in living standards, rest assured that both Messrs Biden in the US, and Johnson in the UK, will not be at the top of their countries by January 2025, which in political terms is the blink of an eye from now, so it is in the British (or American) elite’s political interest to bring down energy costs, and do it very fast. Energy costs affect everything, and keeping inflation down is in the national interest. This is where the West has it right. They have successfully created a system where the interest of the political elite aligns with the broader national interest.

China is most interested in preventing social unrest, and almost all of its policy choices are geared towards maintaining both the power of the Communist Party and preventing the rise of any condition that could lead to the kind of discontent which would lead to the kind of social unrest that can lead to regime change. So while China, and indeed Saudi Arabia are autocratic and lean away from Western definitions of human rights, they also find it to be in their interest to provide some form of prosperity for a majority of their people. Again, like the West, the interest of the political elite in both China and Saudi Arabia aligns with the interest of a majority of their people, hence, “national interest”, which is the thrust of the question I want to ask, “what is Nigeria’s national interest?”

To define our national interest, we have to first understand if Nigeria is a nation, or just a “mere geographical expression” as we were told by one of our so-called founding fathers. According to the dictionary, a nation is “a large body of people, associated with a particular territory, that is sufficiently conscious of its unity to seek or to possess a government peculiarly its own.”

Does Nigeria meet this definition?

I think we fail on all parts that follow the phrase, “that is sufficiently conscious of its unity”, and therein lies the rub.

You cannot have a national interest if you are not a nation, because you would be pulling in different directions all the time. I will give an example: under President Olusegun Obasanjo’s government, there were major privatisations of Nigerian national assets, and a reduction in the size and weight of the government. President Umaru Yar’Adua, hand-picked by Obasanjo, came into office, reversed some of the bigger privatisations, and slowed down others. He then began moves to increase the size of government with such goodies as the Ministry of Niger Delta Affairs, which was added to the already existing NDDC. Then Yar’Adua died and was replaced by Goodluck Jonathan, and privatisations resumed (including that of NEPA). Then President Buhari came, and first, privatisations have slowed, unless you consider the rather ridiculous the spectacle of the CBN buying 21% of the FG’s interest in the Nigerian Security Printing and Minting Company, or the NNPC buying 20% of Dangote’s refinery to be privatisation, which I can assure you, they are not. Then those he has been unable to reverse, he has stifled, and has even more aggressively than Yar’Adua, well he’s had a lot more time, expanded the size and reach of Nigeria’s government. At the very baseline, it shows that in political terms at least, we have interests that are different, and wildly oscillate based on who is in power.

There are some who, looking at the names of the men at the top at the time of these contractions and expansions of the size of government, would say that the Southern political elite are more likely to pursue smaller government and bigger business, while the Northern political elite are more likely to increase the size of government, and constrain business. This argument, though, ignores the statists and crony-capitalists from the South who have remained a part of Buhari’s government while he has taken a hammer to private enterprise. It also ignores the fact that perhaps Nigeria’s biggest capitalist is a Northerner. But I think it makes my point, that what passes for Nigeria’s national interest is too highly personalised.

Nwanze is a partner at SBM Intelligence 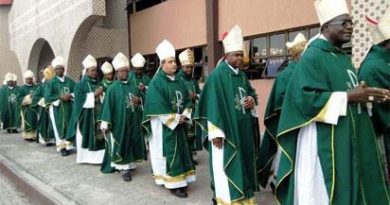 It all happened in November in the year 2016, When Oshio baba suspended the onojie of Uromi. MANY PDP leaders in Edo Central Senatorial District ably lead by Hon Friday Itulah held a solidarity protest to protect the kingdom, image and and interest of Uromi and her citizens.
The pictures available will explain better how Itulah has been fighting for the interest of Uromi
It’s unfortunate those that call Itulah Betrayer today were nowhere to be found when there was fire on the mountain.
Then end shall tell
God bless Uromi and her political atmosphere ... See MoreSee Less

Before you call Engr Kelvin Okpebholo betrayal just because he did not support your oga again don’t forget how he also lead a lot of youths in solidarity protest to protect the interest of Uromi when Oshio baba suspended our king in the year 2016
Amongst you that always say betrayal show me your picture ... See MoreSee Less

It all happened in November in the year 2016, When Oshio baba suspended the onojie of Uromi. MANY PDP leaders in Edo Central Senatorial District ably lead by Hon Friday Itulah held a solidarity protest to protect the kingdom, image and and interest of Uromi and her citizens.
The pictures available will explain better how Itulah has been fighting for the interest of Uromi
It’s unfortunate those that call Itulah Betrayer today were nowhere to be found when there was fire on the mountain.
Then end shall tell
God bless Uromi and her political atmosphere ... See MoreSee Less

This spin on Milk Bar’s “snaps” are a salty, no-bake chocolate treat