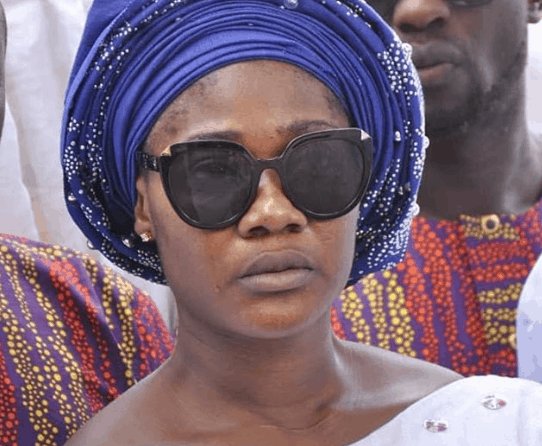 Nollywood actress, Mercy Johnson has commiserated with families who lost their loved ones during the deadly robbery attack that rocked Edo state on 24th February.

It was gathered that no fewer than twenty-one persons, including a policewoman, were reportedly killed during the robbery attack.

The banks that were robbed by the gunmen include First Bank, Union Bank, and Unity Bank.

It was learned that the robbers gained access to the banks through the aid of dynamites and made away with huge cash.

The bank robbers shot sporadically into the air while the operation lasted, leaving residents to scamper for safety.

Reacting to the incident, the mother of four via her Instagram condoled with the families that lost their loved ones during the robbery incident, and prayed that such devastating incident never occurs again.

The actress added that, her husband, kids and herself are from Uromi, and whatever concerns the town concerns them.

In her words: “Black Thursday. My Husband is from Uromi, My kids are from Uromi and I am from Uromi.

“Whatever concerns Uromi, concerns me. Hence I’m using this medium to reach out to the families of the victims that lost their lives during the Thursday Robbery incident that took place in Uromi

“We pray that, this ugly incident never reoccurs again and we pray for the repose of the ones that lost their lives.

“My sincere Condolence goes to every uromi son and daughter. ——MERCY JOHNSON OKOJIE”

Missing arms and the proliferation of gun violence in Nigeria – Businessday