One in 44 (2.3%) 8-year-old children have been identified with autism spectrum disorder according to an analysis of 2018 data published today in CDC’s Morbidity and Mortality Weekly Report (MMWR) Surveillance Summaries. This is higher than the previous estimate published in March 2020, which found a prevalence of 1 in 54 (1.9%) 8-year-old children. The 2018 data come from 11 communities in the Autism and Developmental Disabilities Monitoring (ADDM) network.

A second report on children born in 2014 (4-year-old children) in the same 11 communities shows progress in the early identification of children with autism.  These children were 50% more likely to receive an autism diagnosis or special education classification by 48 months of age compared to children born in 2010 (8-year-olds).

“The substantial progress in early identification is good news because the earlier that children are identified with autism, the sooner they can be connected to services and support,” said Karen Remley, M.D., director of CDC’s National Center on Birth Defects and Developmental Disabilities. “Accessing these services at younger ages can help children do better in school and have a better quality of life.”

CDC’s ADDM network is a tracking system that provides estimates of the prevalence and characteristics of autism among 8-year-old and 4-year-old children in 11 communities in Arizona, Arkansas, California, Georgia, Maryland, Minnesota, Missouri, New Jersey, Tennessee, Utah, and Wisconsin.

ADDM is not a representative sample of the United States. Previously, the ADDM reports were published every other year in the spring. However, in 2018, CDC updated and simplified the ADDM methodologyexternal icon and data system to directly reflect community identification of autism by healthcare provider diagnosis or special education eligibility. These changes provide similar prevalence estimates as the previous method and allow for faster publication of results. 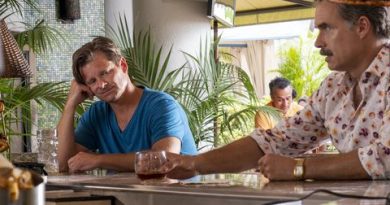 The White Lotus Season 2: Everything We Know So Far