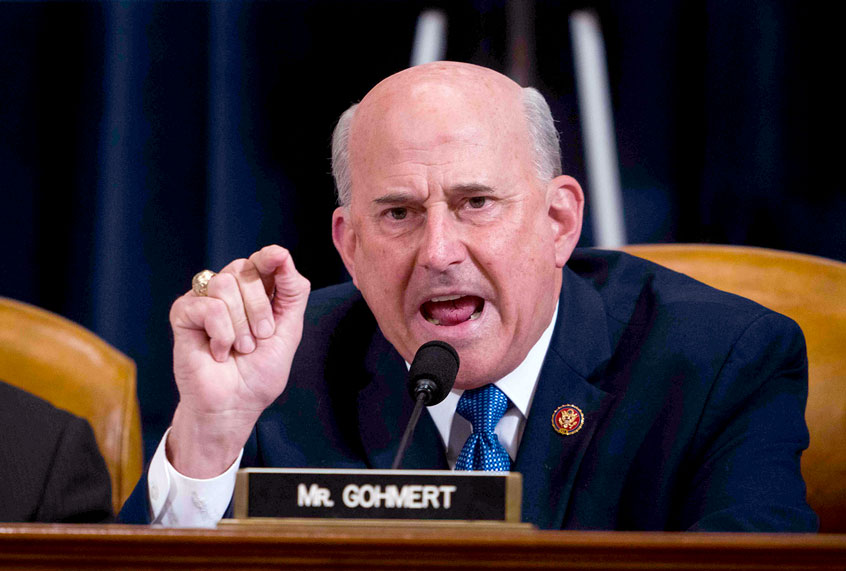 In a new book by former Rep. Denver Riggleman, R-Va., in his last days serving in the House he admits he grew more and more disturbed by the wild ravings of two of his colleagues who were all too willing to believe any conspiracy rumor that came across their desks as they defended Donald Trump.

Riggleman, who left Congress and subsequently accepted a position as an investigator for the House select committee looking into the Jan 6 insurrection, has roiled members of the committee with the book, “The Breach: The Untold Story of the Investigation into January 6th,” which is being published today.

In an excerpt from the book, which the Guardian has obtained, Riggleman singles out Rep. Paul Gosar, R-Ariz. and Louis Gohmert, R-Texas, as two colleagues both of whom he has doubts about when it comes to their mental faculties.

In his book, Riggleman wrote that he signed up with the far-right Freedom Caucus in order to prove his conservative bonafides and it was during meetings with the members of the caucus that he saw the full extent of how conspiratorial some of them were.

He wrote that he “began to understand that some of my colleagues had fully bought into even the more unhinged conspiracy theories I had been seeing out on the campaign trail”.

The Guardian report, by Martin Pengelly, adds that “Riggleman describes one meeting in which Gohmert ‘promoted a conspiracy theory related to master algorithms,’ saying he ‘suspected there was a secret technology shadow-banning conservatives across all platforms,’ adding, “that others ‘nodded along’, though ‘of course, that’s crazy’. He says he said ‘something to that effect’ during the meeting in question.

Summing up, he added, Gohmert and Gosar “seemed to be joined at the brain stem when it came to their eagerness to believe wild, dramatic fantasies about Democrats, the media and big tech. I came to believe Gosar and Gohmert may have had serious cognitive issues.”