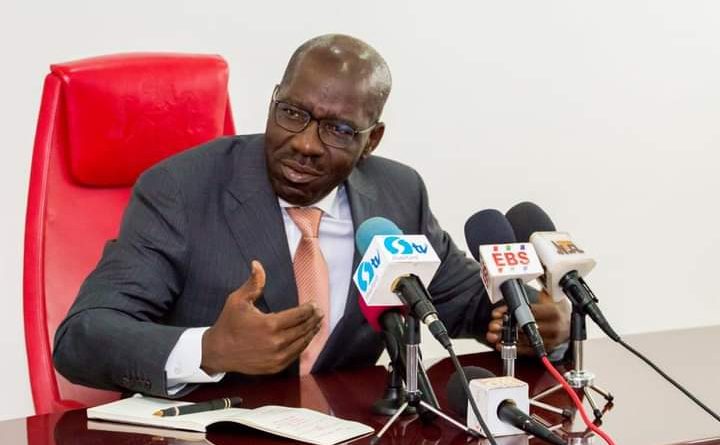 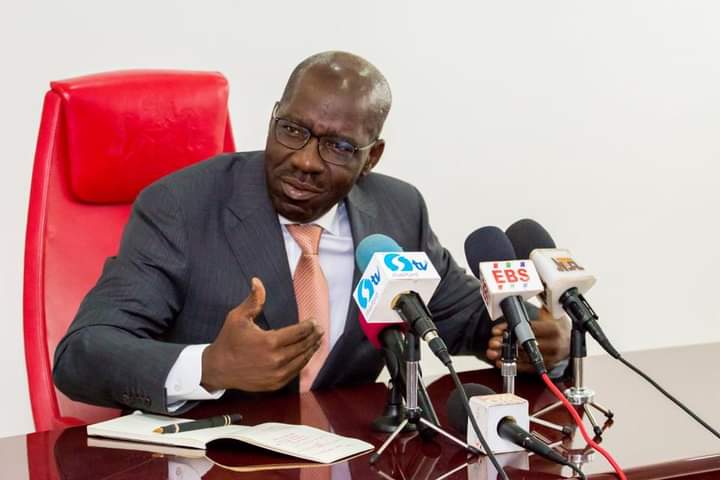 Godwin Obaseki, governor of Edo, says he has no power to bring back the 14 lawmakers-elect yet to be inaugurated in the state.

Obaseki spoke with journalists when he paid a “thank-you visit” to the national working committee (NWC) of the Peoples Democratic Party (PDP), in Abuja, on Monday.

Obaseki said the 14 elected lawmakers were not prevented from performing their duties, but they “refused to be inaugurated”.

“They were listening to their godfather who kept hoping and promising that he would unconstitutionally get the state house of assembly to reissue a proclamation even after the court had settled the matter,” he said.

“For more than 180 days, they did not come. They refused to represent the people. Those seats became vacant; that’s what the constitution says.

“They went to court after those seats were declared vacant by the speaker. There is nothing I can do about that at this time.

“I wish it did not happen but people were playing God and promising what is not constitutionally possible. It is not about me. I am an elected governor of Edo. I am not one that plants people into the house of assembly.

“They, on their own, operated the rules the way it should be. The seats are now vacant. We should learn that democracy is underpinned by the constitution and the law.

In 2019, the disagreement between Adams Oshiomhole, suspended national chairman of the All Progressives Congress (APC), and Obaseki split the state assembly into two factions.

Nine lawmakers loyal to Obaseki were secretly inaugurated in June, leaving their colleagues in the camp of Oshiomhole stranded.

Frank Okiye, Obaseki’s preferred candidate who emerged speaker, had said other elected lawmakers who were not at the “inauguration” would take their oath of office after completing their documentation processes.

Consequently, the senate gave Obaseki an ultimatum to issue a fresh proclamation for the inauguration of the state house of assembly, but the governor ignored the directive.

Okiye later declared the seats of the 14 elected lawmakers vacant for “failing to present their certificates of return to the clerk for inauguration”.

According to Okiye, the lawmakers-elect were excluded from the inauguration into office in June because they deliberately refused to do the necessary documentation.

The aggrieved lawmakers-elect proceeded to the court and filed an ex parte motion seeking an order of interim injunction restraining the Independent National Electoral Committee (INEC) from conducting by-election, pending the hearing and determination of the motion on notice.

However, in August 2020, the crisis took another turn when 17 lawmakers loyal to Oshiomhole, were inaugurated and Victor Edoror, who was removed as deputy speaker in 2018, emerged speaker.

The lawmakers were said to have taken their oath of office at a hidden location in Benin, the state capital, and reportedly mandated to remove Obaseki, who had defected to the PDP after he was disqualified from seeking a second term on the platform of the APC.

Blackpink’s Back: Everything We Know About the Group’s Upcoming Album, ‘Born Pink’