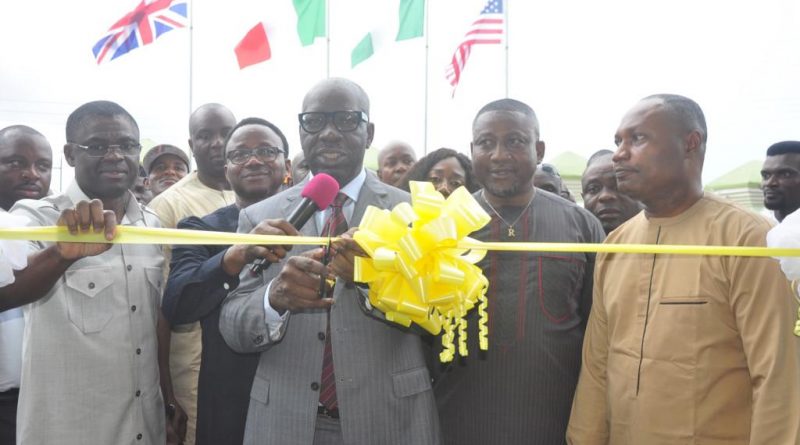 With barely two weeks to the National Festival for Arts and Culture (NAFEST) holding in the state, Edo State Governor, Mr. Godwin Obaseki has commissioned De Bliss Gold Hotel and Suites, swelling the ranks of hospitality options for guests and tourists coming into the state for the festival.

The governor also urged politicians to invest in viable businesses outside politics so as to empower people to contribute meaningfully to societal development.

Obaseki, who said this while commissioning the Hotel located along Sapele Road in Benin City, called on politicians to commit to investment concerns that can guarantee them sustainable livelihoods.

The state is hosting the NAFEST from October 19 to 26, which is expected to pull tourist traffic to the state. The growing list of airlines with flight operations in the state has also ensured flexible travel options for those visiting the state.

He noted, “You can’t be a successful politician if you don’t have something else doing aside politics. Politics is like the stock market where stocks sometimes go up and at other times, they go down. As such, it becomes necessary to have other businesses rather than politics alone.

“When you are not in office, you have other things to sustain you and when you are in office as a politician your business will be to work for the people.”

He said Edo State has transformed into a major economic hub with policies put in place by his administration to attract investors to the state, adding, “We will commence the construction of the Benin Industrial Park within the next six months. If we continue with our policies in Edo State, businesses which are located in the state will thrive and create more employment opportunities for Edo people and residents.”

The Manager, De Bliss Gold Hotel and Suites, Mr. Anthony Ilems, thanked the governor for creating an enabling environment to nurture businesses, which has created opportunities for youths in the state to be gainfully engaged.

He noted, “The governor is doing well in the state. I urge all Edo people to join hands with the governor to move Edo State to the next level.”