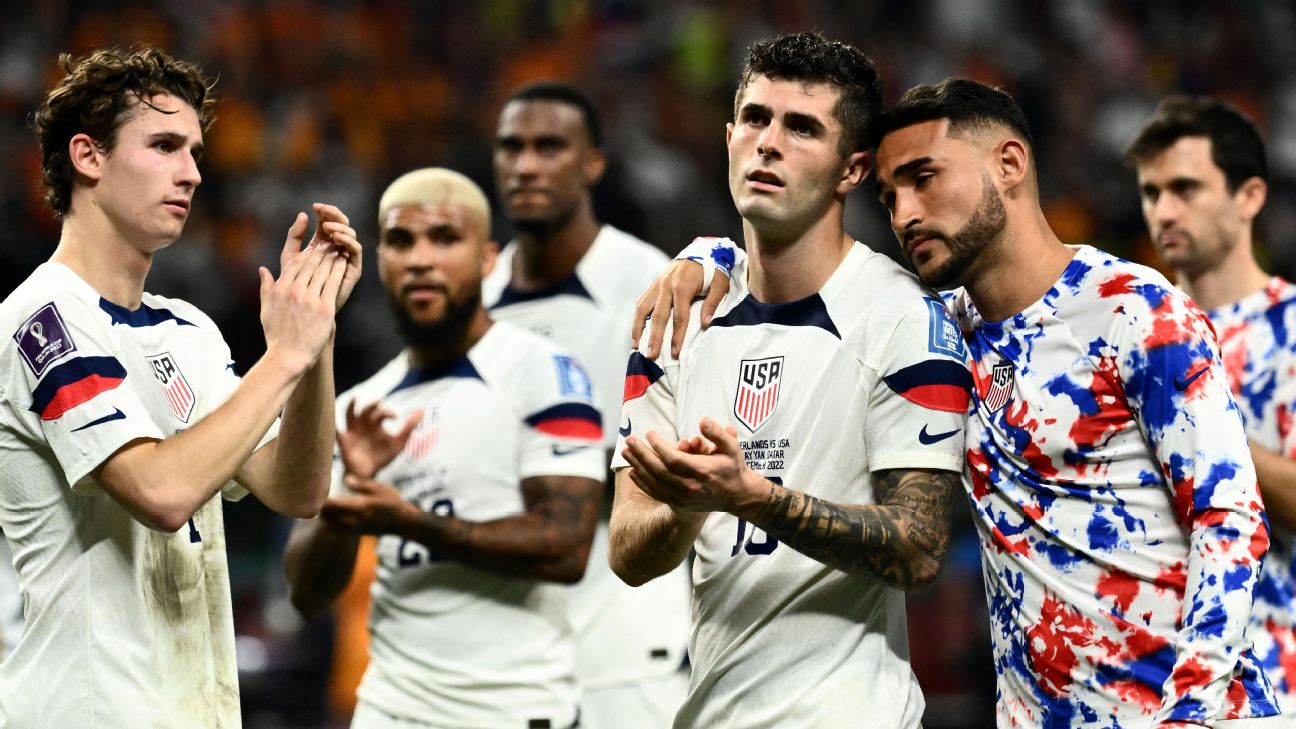 AL RAYYAN, Qatar — Gregg Berhalter and his assistant coaches weren’t sure what to say. It was half-time on Saturday night. The United States men’s national team were trailing the Netherlands by two goals. Their tournament lives were dangling, but the US players had dominated so much of the opening 45 minutes, had played the way that they wanted, had very much battled with a favored Dutch side even as they were losing.

What could Berhalter tell his players? Finally, he stepped into the room.

“Soccer can be cruel sometimes,” he said.

It is the truth, particularly at this level. It often feels silly to put so much meaning on a World Cup. Four games? Even in the NFL, it’s a fragment. And yet, in international soccer, it is everything.

This US team wasn’t just a bunch of athletes who could run fast and kick the ball hard. This wasn’t a fluke. The US program has evolved, just as its fans have. Everyone knows that Netherlands 3, USA 1 wasn’t a rout.

Everyone also knows, though, that a round-of-16 exit isn’t nearly enough. Not anymore.

“We set out with a goal to show the rest of the world how we can play soccer,” Berhalter said. “I think we partially achieved that, even though we fell short of our goals.”

Berhalter wouldn’t say what those goals were. Neither would the players, not out loud. Still, everyone knew: as encouraging as their first half against the Netherlands might have been, as excited as everyone was after the draw against England or the win over Iran, this was still a ride that felt one stop short.

Did the US deserve a quarterfinal? They didn’t. The Dutch were clinical in their finishing and the Americans very much weren’t. But there’s also no denying that the US showed, more than once, they have the players to make the final eight of a tournament like this one.

They have the capability to be dangerous against anyone.

“I think it’s probably the first time in a long time that people will say, ‘This team has something special,'” said captain Tyler Adams. “Potential is just potential but you can see if we maximize it in the right way, there could be something there.”

There are obvious holes. This tournament highlighted just how much the US are missing a striker, someone who can confront a singular opportunity and turn the game upside down.

As Berhalter himself admitted, “We don’t have a Memphis Depay right now.”

They do have good players, though. They do have a midfield for the future, with Yunus Musah and Weston McKennie coming into their primes. They do have wingers, with Christian Pulisic and Timothy Weah showing just how much damage they can inflict. They have a leader, in Adams, who is everything one could want in a captain. They have depth and class, to the point that it’s fair to wonder how much Giovanni Reyna or Brenden Aaronson might have changed things for the US if they’d played more than they sat on the bench.

A young team like this one will always make mistakes, and on Saturday, the US paid the price every time. Pulisic, who scored the game winner against Iran, fluffed a close-range opportunity just two minutes in that could have set the tone. Adams, who might have been the best American on the field in the first three matches, had a mental lapse and didn’t track Memphis all the way to the penalty area, leaving him a perfect view of the first Dutch goal. Sergino Dest, so excellent against the Iranians, switched off and lost his mark on the second just before half-time.

“Everything that could have gone wrong on that play did go wrong,” goalkeeper Matt Turner said.

Herculez Gomez and Sebastian Salazar debate the biggest storylines and break down the best highlights that soccer in the Americas has to offer. Stream on ESPN+ (U.S. only)

Thing is, those moments were the exception. The US were hardly perfect, but they did impose themselves. They had more shots, more shots on target, more passes (by a wide margin). The Dutch coach, Louis van Gaal, called his team’s first-half performance “unacceptable.” Berhalter said the US “dominated,” and it wasn’t much of a stretch.

Some will point at that and call it progress for the US. To be able to make a European power like England uncomfortable, as the Americans did in the group stage, and to have the chances they did here in the knockout rounds against the Dutch is, to be sure, no small thing.

But this is a team with greater ambition and a fanbase that wants the same. Whether it is Berhalter or someone else who takes them forward, the expectations need to be for something more than the type of progress that feels so unsatisfying.

Ultimately, that poking, jabbing dagger of unfulfillment is what lingers. This tournament was, to be sure, something special for the US: the exhilarating rise, the way it felt here and back at home. The way these players got to live out their childhood fantasy together.

They ran. They chased. They pressed and pushed and prodded. They fought together. They danced together. They worked, together, to make anyone who overlooked or ignored them take notice.