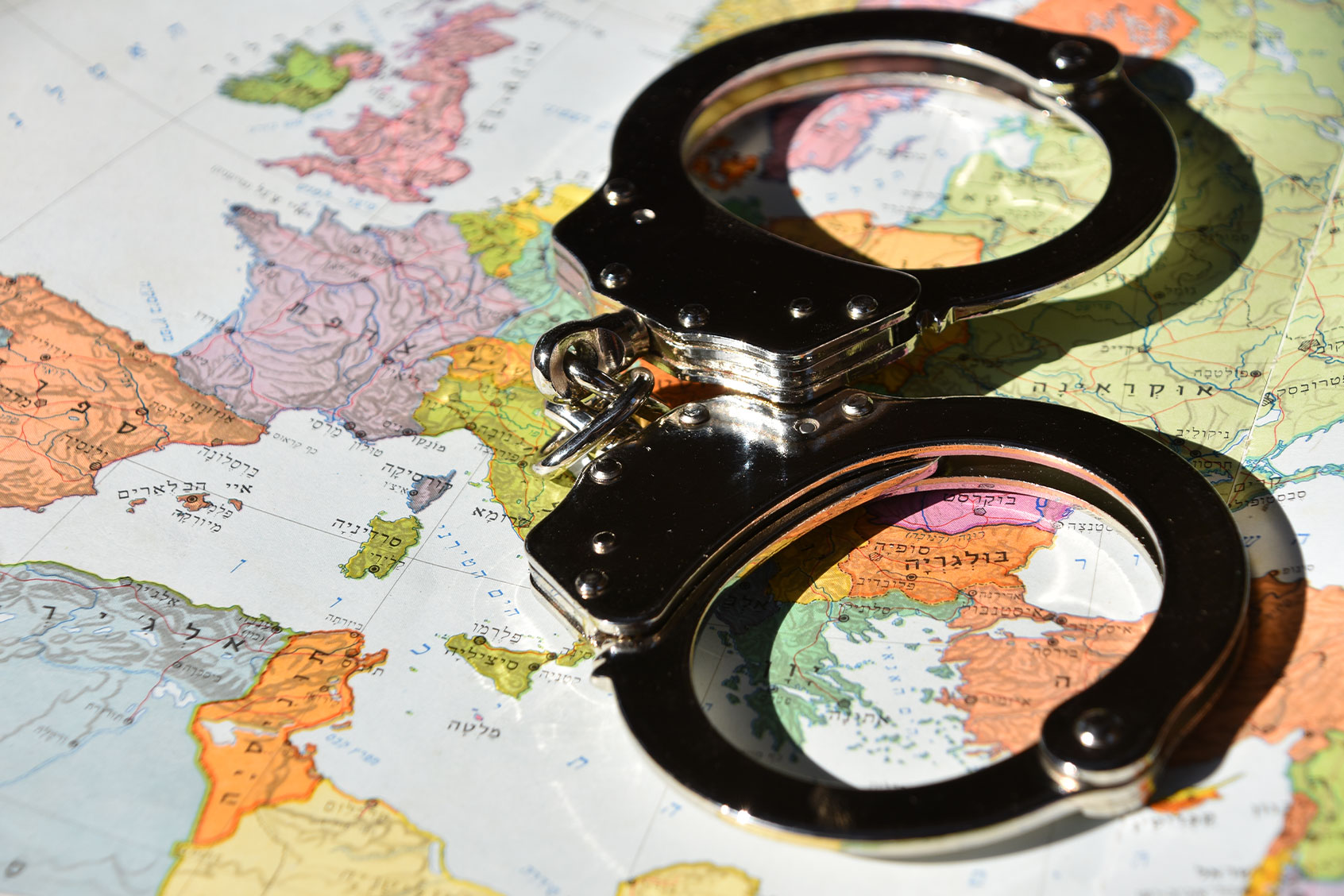 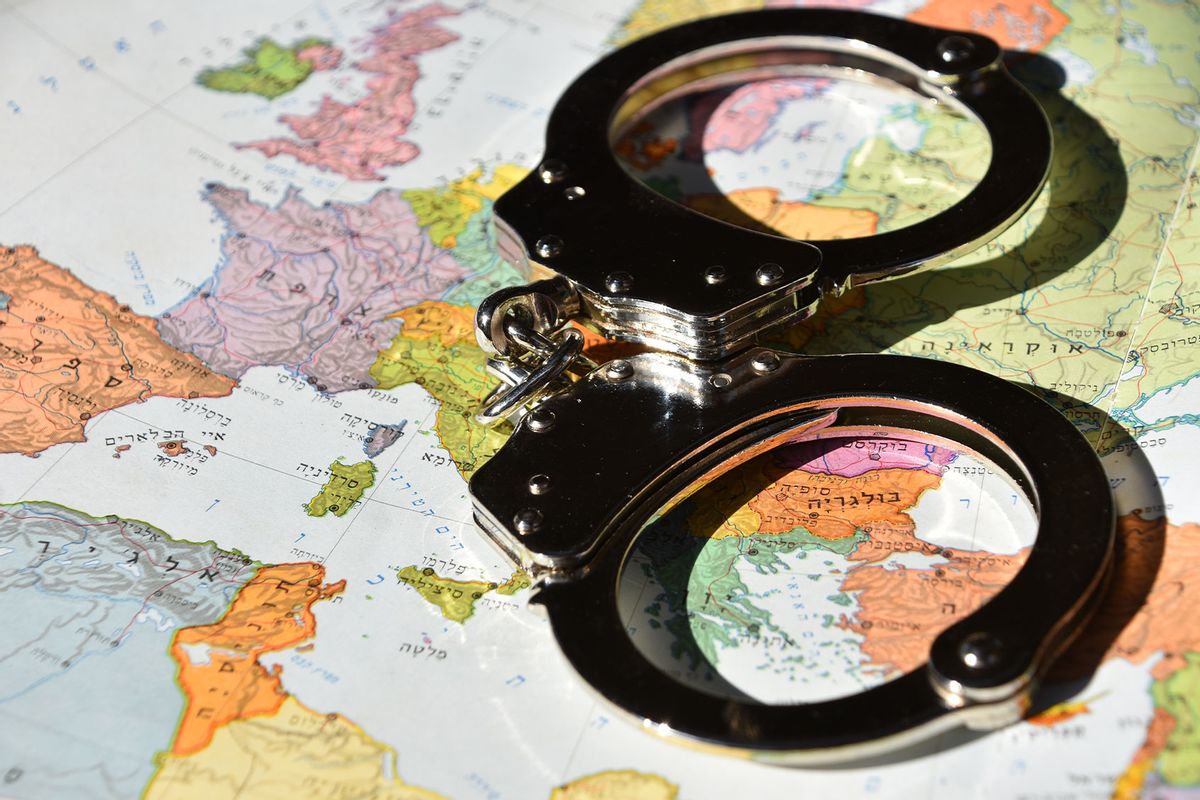 But just what exactly is Interpol? What can it do? What are its limits? Can it really connect police forces from around the world? Here’s one clue: It’s not actually a law enforcement agency. For more on this shadowy group, keep reading.

The seeds of Interpol were first planted in 1914, when police forces from all around the world met in Monaco for the first International Criminal Police Congress at the behest of Prince Albert of Monaco, who was looking to get some advice on how best to manage the thieves targeting his casinos. Representatives from 24 countries gathered and began exchanging information — not just about Prince Albert’s issues, but on what they dubbed “12 wishes” for future cooperation in law enforcement.

Among them: having police departments be able to directly contact one another; making use of free-of-charge forms of communication; having a common language; receiving training; having resources to identify criminals with fingerprints; having centralized records; and having speedy and efficient extradition policies.

Many of these “wishes” were implemented when the International Criminal Police Commission, the predecessor to Interpol, was formed after World War I in 1923 in Vienna by Vienna Police President Johannes Schober. Sixteen countries participated, a number that’s since grown to 195 countries; the ICPC changed its name to Interpol in 1956.

2. They wanted to use Esperanto as a universal language.

The biggest problem facing a global police network is communication. With multiple countries come multiple languages, and very likely a delay in getting urgent messages across. When Interpol was first being planned in 1914, French was chosen as the designated language — but organizers also believed Esperanto could be a viable alternative in the future. The constructed language was invented in 1887 by L.L. Zamenhof in the hopes of bringing a common auxiliary language to the world.

Esperanto failed to catch on, either as a universal second language or as the preferred communication of Interpol. The agency later adopted Spanish (1955) and Arabic (1999) in addition to French and English.

In 1938, the Nazis were able to depose International Criminal Police Commission President Michael Skubl. The takeover meant most countries withdrew from participating. The organization relocated to Berlin in 1942. Most of the agency’s records were subsequently destroyed, and the Nazis used the ICPC’s resources for their own malevolent objectives. Following the war, Belgium was instrumental in reviving the agency, with its headquarters moving from Berlin to Paris.

4. The organization is organized by National Central Bureaus.

Interpol isn’t exactly a network of every law enforcement office in participating countries. Instead, it’s a network of each country’s National Central Bureau, or NCB, that aggregates necessary information from the region. When a country needs data pertaining to another country, they reach out to the appropriate NCB. The bureaus can share data and request assistance for crimes with international reach, like a wanted fugitive or a cybercrime. In essence, Interpol is like an internet that specifically caters to law enforcement.

5. An Interpol Red Notice is bad news for criminals — and the public doesn’t see most of them.

When a criminal is believed to have fled to international territory, law enforcement in the pursuing country can request a Red Notice — essentially the most formidable and far-reaching “wanted” poster in the world. Interpol bureaus receive information on the criminal’s appearance, record, and what they’re suspected or convicted of doing. (It is not, however, an arrest warrant: Apprehending a criminal is still at the discretion of each country.) The first Red Notice was for a Russian citizen wanted for the murder of a policeman in 1947.

While certain Red Notices may get media attention, the vast majority are circulated within law enforcement. According to Interpol, there are currently about 69,270 active Red Notices, with roughly 7500 of them publicly disclosed. Interpol also has the right to reject a request for a Red Notice.

On May 16, 1986, Interpol’s headquarters in the Paris suburb of St. Cloud was rocked by two explosions. While there were no casualties, a policeman was injured. A terrorist group named Direct Action was implicated, and members were later arrested for their involvement in the attack. (Interpol is currently located in Lyon, France.)

Interpol’s mission statement seeks to be politically and religiously neutral, meaning that crimes perpetrated in participating countries that are found to be predominantly ideological clashes are something the agency prefers to avoid getting involved in.

Despite the apprehension, some Red Notices have come under scrutiny for being politically motivated. In 2013, a Russian activist was arrested in Spain after Russia requested a Red Notice. His crime? Taking part in a pro-ecology demonstration. Spain ultimately declined to extradite him.

8. There’s no such thing as Interpol police.

A fairly common misconception is that Interpol is itself a policing entity. In fact, there’s no such thing as “Interpol police.” Employees for the agency act as liaisons for law enforcement. They cannot make arrests or investigate crimes. If someone shows you their Interpol police badge, you ought to be suspicious.

With its global reach, it’s easy to conceive of Interpol as a vast assembly of crime-fighters. In truth, it’s fairly small relative to major regional law enforcement organizations. In 2014, Interpol had roughly 650 employees compared to the 34,500 uniformed cops in New York City.

In a textbook example of what Interpol can do, in 2019 the agency helped coordinate a massive effort to break up an animal trafficking ring. With help from the World Customs Organization and 109 countries, Interpol was able to oversee the recovery of more than 10,000 animals, including dolphins, lions, and birds, as well as a half-ton of ivory. The operation was carried out in Spain and Uruguay, and 24 people were arrested.

Clarence Thomas turns down teaching job due to protests