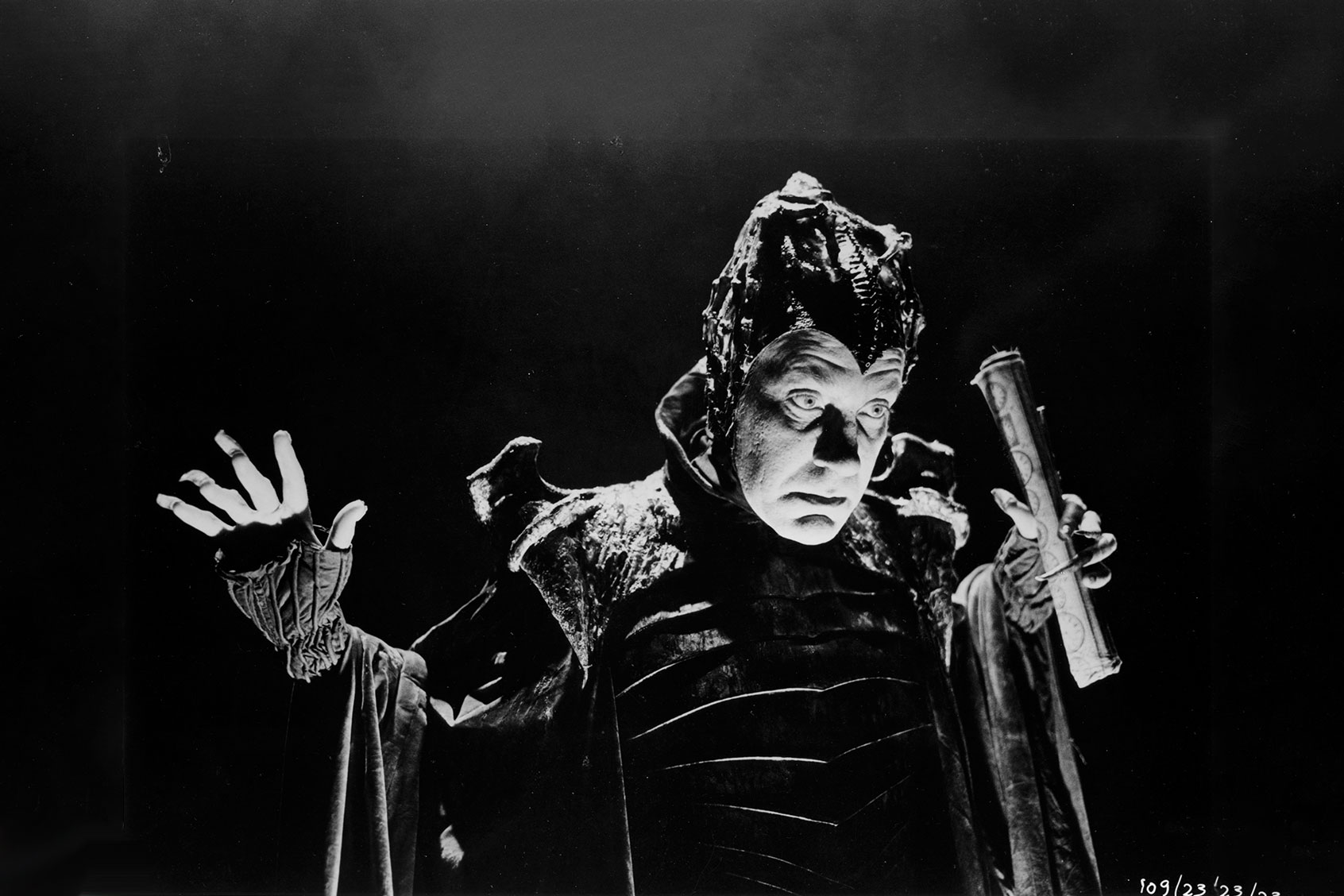 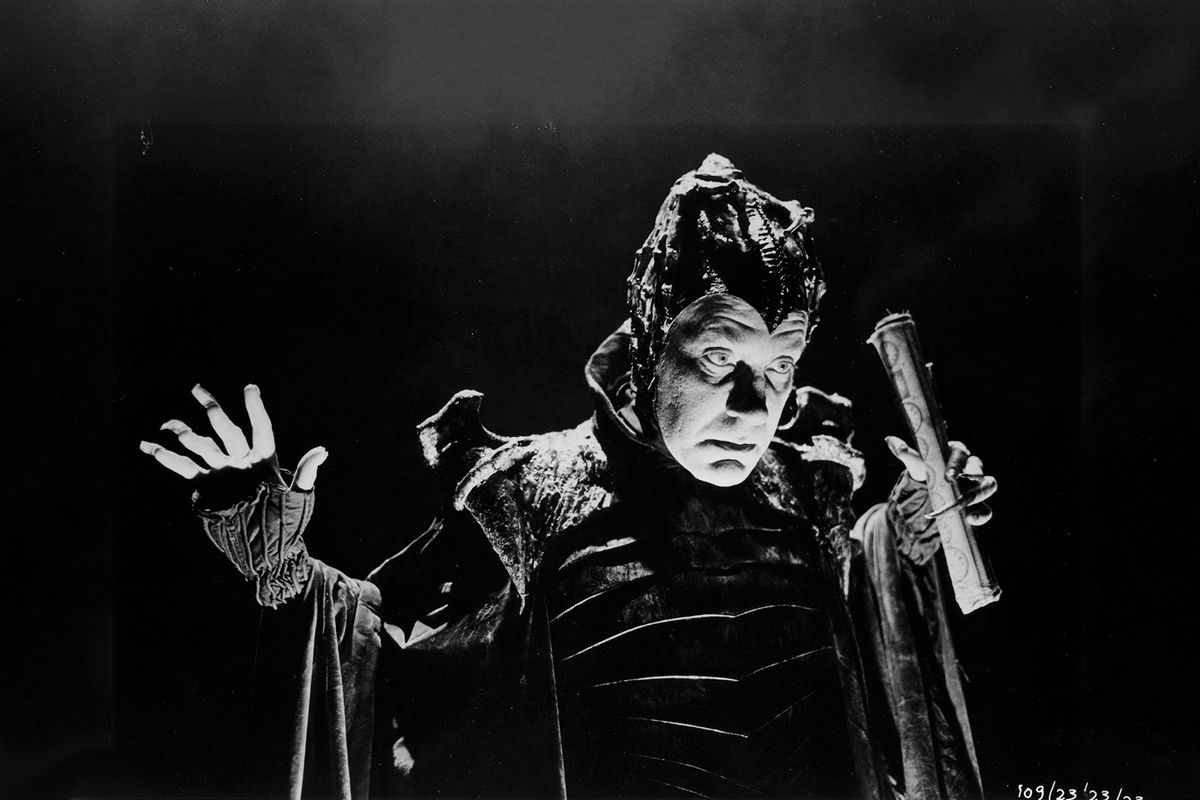 There was an unforgettable line from “Time Bandits” that my cinema major friends would repeat in college, likely annoyingly, when people approached the microwave oven in the dorm kitchen: “Mom, Dad. It’s evil. Don’t touch it.”

I had learned of “Time Bandits,” the 1981 Terry Gilliam-directed film, long before. As a child who couldn’t sleep, it was one of the late-night offerings that confused and delighted my childhood, and likely helped turn me into the strange adult I am today. “Time Bandits” is a British fantasy about a group of would-be marauders who steal a map that identifies holes in the spacetime continuum. Along the way, they pick up a child called Kevin, who loves history and adventure books, to the annoyance of his humdrum, TV-zombified parents. Kevin and the crew push through the wall of his bedroom, falling into a hole that lands them far in the past. Two hours of madcap time adventures follow.

Star-studded, the film feels like a roll call of British genius from John Cleese as a politician Robin Hood to Sir Ian Holm as a Punch and Judy-loving Napoleon. Though I was initially drawn to the film due to the leader of its motley thieves: the magnetic performer, the late David Rappaport, so wonderful in “The Wizard,” another star stands out too: David Warner, who died July 24 at the age of 80.

“Time Bandits” came about in the late ’70s because Gilliam was unable to get initial support for his film “Brazil.” Instead, he proposed a family film. Do you like your family films co-written by Gilliam and Michael Palin of “Monty Python,” produced by Beatle George Harrison, and including a nightmarish game show, jokes about the Titanic and prescient remarks about technology? I mean, I do.

The best art is sometimes hard to understand, because it defies understanding. It simply is.

The critical response to the film was mostly positive, though Roger Egbert wrote: “I’m usually fairly certain whether or not I’ve seen a good movie. But my reaction to ‘Time Bandits’ was ambiguous.”

The best art is sometimes hard to understand, because it defies understanding. It simply is, weirdly so. In “Time Bandits,” Warner plays Evil Genius, a malevolent being capable of twisting and warping reality. He needs the map to be able to escape the Fortress of Darkness, where he’s been imprisoned. But Evil has big plans. He considers himself better than any Supreme Being, including God, because God is so focused on creating multiple kinds of random animals: “I mean, are we not in the hands of a lunatic?”

Evil is different because Evil understands technology, and in his (clawed) hands: “The world will be different. Because I have understanding.” What’s that he has an understanding of? Digital watches. “And soon I shall have an understanding of cassette recorders and car telephones.” Dismissing God’s focus on multiple species of parrots, Warner’s character muses: “I would have started with lasers.”

Warner delivers this line like he delivers all the many words of his career, some more ridiculous than others: seriously. His comedy is the most convincing, the most hilarious because he plays it like drama, as if he is on stage performing Shakespeare at the Globe Theatre and not looking like a turtlenecked David Cronenberg cyborg in a red cape with bone shoulder pads. As The Wrap wrote “The actor never had more fun” than in this film.

He brought the same gravity to each role. His Evil is contemplative, brilliant and bored.

Warner was known for his villains, making dastardly characters from Jack the Ripper to a corrupt executive (and the Master Control Program’s voice) on “Tron” not only believable, but understandable, able to be beloved. He played three different species on the “Star Trek” franchise, and an ape — who was a senator — in Tim Burton’s 2001 “Planet of the Apes.”

His proficiency was only eclipsed by his prolificity. As the Hollywood Reporter wrote, “He rarely refused a role, as evidenced by his 220-plus acting credits on IMDb. ‘When others say no,’ he once said, ‘I say yes.’ Sometimes, he got the part because he was the ‘cheapest’ one available, he joked.”

He brought the same gravity to each role. Warner could take on anything and make it his own. His Evil is contemplative, brilliant and bored. That makes him relatable. “I am all powerful,” he tells one of his henchmen in plastic onesies after the man dares to question him, destroying the character like Darth Vader with a wave of his long-nailed hand, then acknowledging: “That’s a good question.”

The role was physically hard, Warner said. And it included a lot of spinning. Despite being clad in a breastplate and bone-looking helmet with an “Aliens”-like spine, Warner rarely moves his face, his voice ranging from the sonorous projection of the stage actor he was, to subtle, almost sad asides. “I shall have to turn you into a dog for a while,” he says, resignedly, to a henchman.

“You feel he has a dream and he’s able to get it up there on the screen,” Warner said when asked in 2019 about working with Gilliam on the film.

But Warner had a dream too, and he got it up there on screens and stages, big and small, for all of us. Warner survived a difficult childhood, including parents who weren’t together and attending eight different schools. “I became an actor only to get out of the house,” he said in a 2021 podcast.

And get out he did, into our houses where he ruled with an unquestionable authority buoyed by great love. As Evil, Warner says: “No one created me . . . I made myself. I cannot be unmade.” Neither can the legacy of the great Warner’s many roles.

How to make soap at home (even if you failed chemistry)

Meet me inside — I hate eating al fresco