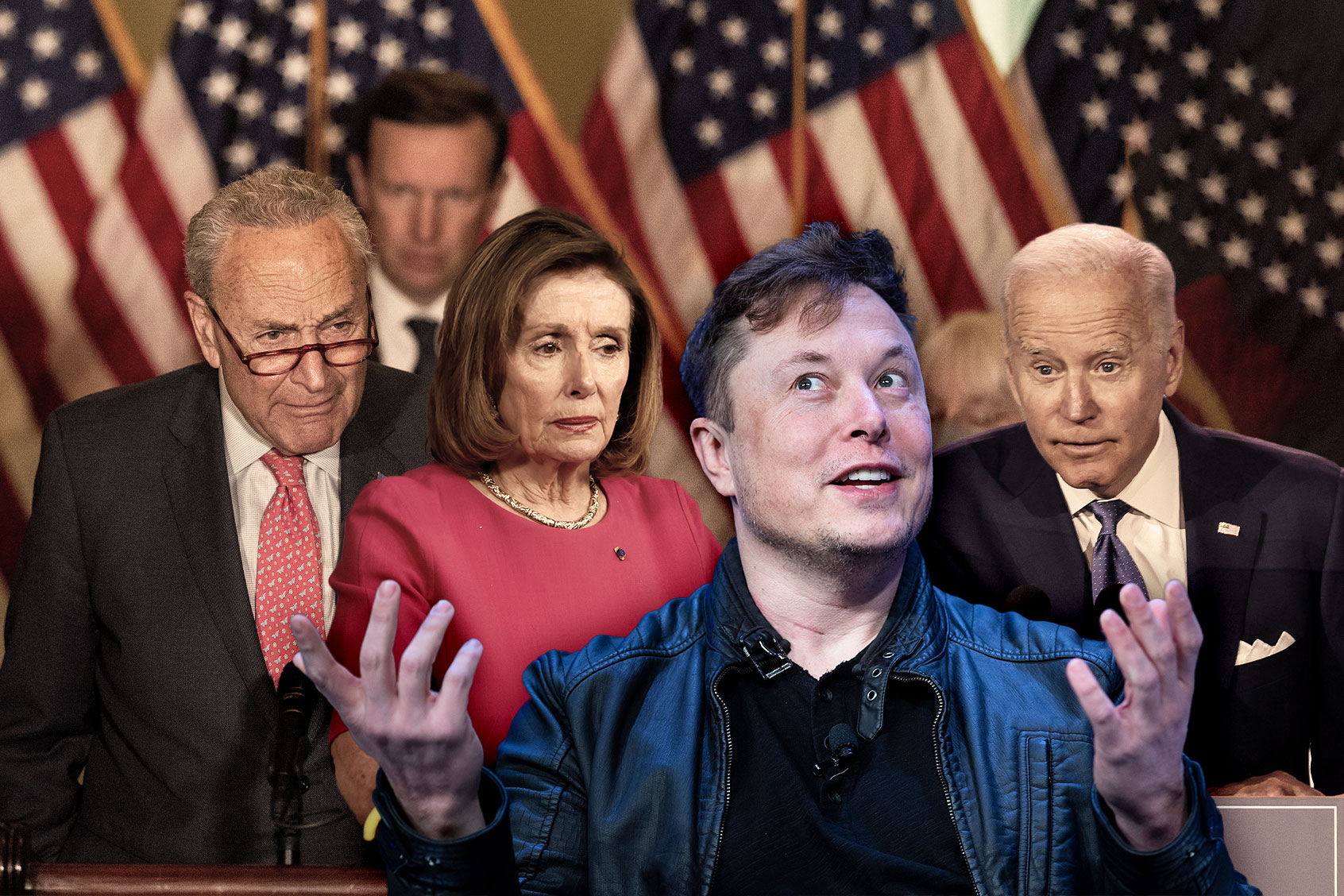 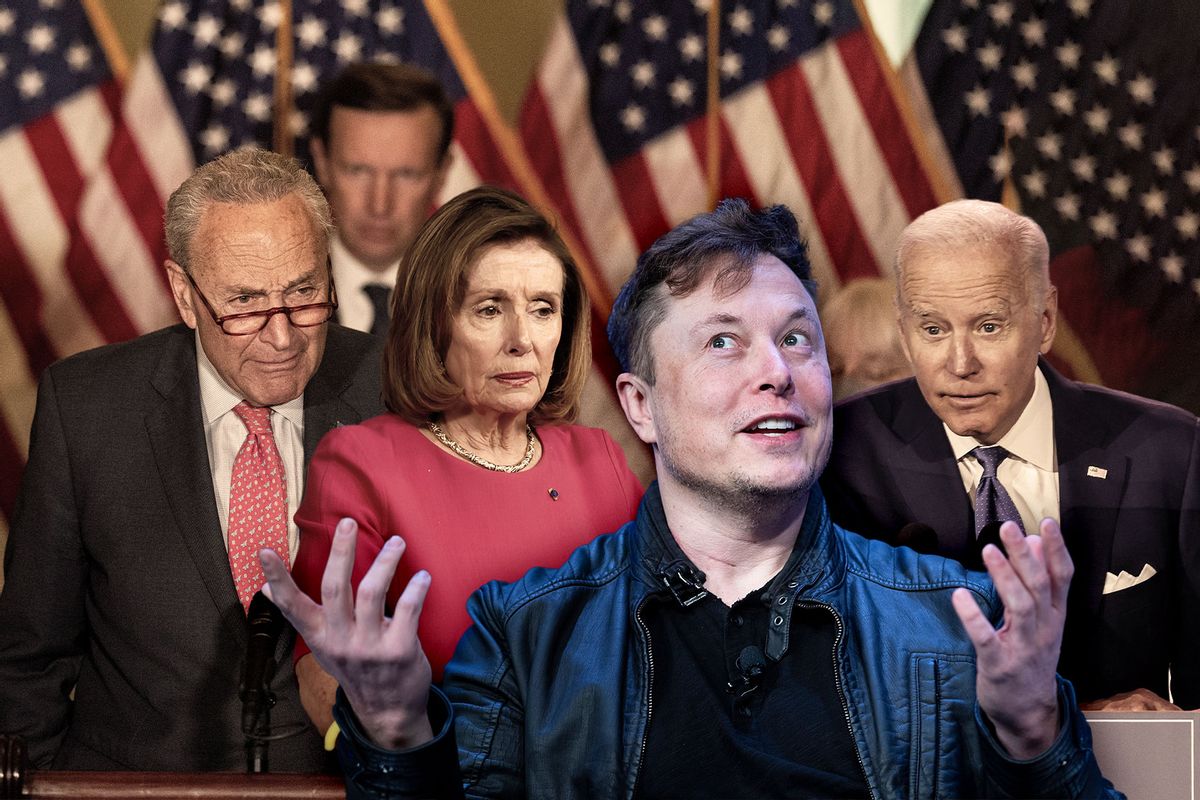 Characterized as “wheezy,” “creaky,” “tottering,” and closely resembling the “decrepit” USSR right before its collapse, American leadership is, to put it simply, very old. And while there is no doubt that a disproportionate number of those in power — whether in government, business or academia — are older than the general population, does this mean we live in a gerontocracy?

The idea that we live in a gerontocracy — a system of governance in which elders rule — has grown in prevalence as the median age of members of Congress has increased, but it was elevated to a truism when the two oldest newly-elected presidents in the country’s history — Donald Trump and Joe Biden — were elected back-to-back. (Biden became, at the moment he took office, the oldest president ever.) All three of the most senior members of House Democratic leadership — Speaker Nancy Pelosi, Majority Leader Steny Hoyer and Majority Whip Jim Clyburn — are over 80. At 71, Senate Majority Leader Chuck Schumer is a relative spring chicken. Minority Leader Mitch McConnell is 80.

RELATED: Elon Musk, Twitter and the future: His long-term vision is even weirder than you think

In a recent interview with Business Insider, Elon Musk raises the issue of gerontocracy, saying, “I don’t think we should try to have people live for a really long time. That … would cause asphyxiation of society because the truth is, most people don’t change their mind. They just die.” Musk goes on to criticize our “very ancient leadership” and suggest an age cap for political offices, arguing that, “for a democracy to function, the leaders must be reasonably in touch with the bulk of the population. And if you’re too young or too old, you can’t say that you will be attached.”

It’s true that American leadership is detached from the people it’s meant to represent, and that part of this problem stems from the difference in age between political leaders and the general public. But Musk’s reasoning about why this is the case, his proposed solution and even the idea that we live in a gerontocracy are all faulty.

Musk’s assertion that government should reflect the people it represents has a glaring omission, one he probably isn’t eager to talk about: wealth.

First, Musk’s assertion that for government to be responsive it should reflect the demographic makeup of the people it purportedly represents has a glaring omission, one that he probably isn’t eager to talk about: the question of wealth. The median senator in the 115th Congress was 62.4 years old, while the median House member was 58.4 years old, yielding a gap between elected officials and eligible voters of about 15 and 10 years, respectively. Part of this gap can be explained by our aging population and the fact that older people are more likely to vote, but that gap is relatively small compared to the five-fold difference, at a conservative estimate, between the wealth of the median congressperson and the median American household, especially when paired with the fact that nearly 40% of the 115th Congress were millionaires.

Older people do tend to have a larger net worth, which can certainly be leveraged in politics, but that isn’t because of any advantage granted by age itself but because wealth tends to compound over time. Many people who are older today grew up in a period of comparative prosperity and economic stability, but not everyone benefited from that, and certainly did not do so equally: People over age 65 today are the age group most likely to live in poverty.  Framing the problem as one of gerontocracy, and not of, let’s say, plutocracy with gerontocratic characteristics, is an obvious choice for Musk, who is himself an arch-plutocrat: Drawing attention to the vast wealth inequality in our society, and its political consequences, would pretty well undercut the argument he’s trying to make.

Second, the recurring theme in many discussions of gerontocracy is that elderly people are incapable of adapting to changing realities. This is inaccurate at best, and contributes to bigoted stereotypes about older people at worst. The widely held idea that neuroplasticity declines as we age is more complicated than we previously thought. Musk also seems to be drawing on Planck’s Principle, often summarized as “Science advances funeral by funeral.” Planck’s argument, though, seems to have been about stubbornness in general and not specifically about age. In studies that examine how scientific breakthroughs spread, age accounts for little of the reluctance to adopt new ideas and sometimes even seems to facilitate change.

It is true that older people skew conservative politically, and that their concern about climate change lags behind other age groups. But that discrepancy tends to obscure the fact that most people, whether old or young, are in fact concerned: Among baby boomers and older generations, 57% think fighting climate change should be a top priority — only 6% lower than among Gen X. Furthermore, when looking at the rate at which different age groups changed their opinions on climate over time, a study in the journal Nature found that there were no significant differences. It seems that formative experiences, rather than the effects of aging, play the most significant role in these gaps of opinion. Perhaps there is a ceiling on how much any given generation can change but writing off an entire group, in political or cultural terms, is both unscientific and strategically misguided.

The COVID pandemic has demonstrated how disposable elderly people are in our society — and many of those deaths have stemmed from deliberate policy choices.

There is another reason to avoid demonizing the elderly. In contrast to other demographics that hold disproportionate power — for example, the wealthy, men, white people, the able-bodied and heterosexuals, among others — age is neither intrinsically beneficial, nor generally viewed in positive terms. The COVID-19 pandemic has demonstrated precisely how disposable elderly people are in our society. Nearly 75% of COVID deaths have been among people 65 and older. While it’s true that elderly people are physiologically more vulnerable to the disease, many of those deaths have stemmed from deliberate policy choices: underpaying care workers and understaffing nursing homes, which helped enable the disease to rip through them virtually uninhibited, as well as dropping nearly all wider mitigation measures and pretending the pandemic is over.

Some people, over the course of the pandemic, have even argued that old people should be OK with laying down their lives for the supposed greater good. This veers frighteningly close to eugenics: If the elderly drain our resources and they won’t update their beliefs and they control government, why tolerate them at all? Nursing homes have long been sites of horrific abuse and neglect and the dehumanization of the elderly feeds into that. But as the effects of climate change become more apparent, and as the amount of resources needed to care for an aging population grows, the idea that the elderly are an economic and political burden may have increasingly dangerous consequences.

Placing an age cap on participation in government — instead of taking constructive and proactive steps, such as fostering youth voting, lowering the minimum age for holding office, or working to move beyond our two-party system — won’t solve the problem that it claims to address, and will render voiceless an already vulnerable population that is only growing more so as time goes on.

Yes, America has a major problem when it comes to the age of our political leaders. But to frame that as a question of gerontocracy diverts attention from the real driving factor — wealth — and makes it seem as if those in power share a greater class interest with elderly people than they do with wealthy people. Elon Musk — and others like him, such as Peter Thiel, who has called for a “revolutionary youth movement” in high finance — are using these accusations of gerontocracy in a struggle to determine which group of rich people get to be in charge. They are not really interested in fostering new ideas and social change — think of Musk’s Twitter tantrums over pronouns and fearmongering about the “woke mind virus” — only in changing the guard and positioning themselves as far up a rejuvenated hierarchy as they can.

The ultimate step-by-step guide to a clean stove