The African Action Congress (AAC) has called on President Muhammadu Buhari to sack the Governor of the Central Bank of Nigeria, Godwin Emefiele, over the latter’s involvement in partisan politics.

This comes after the CBN Governor, Emefiele, picked the nomination form of the All Progressives Congress.

Emefiele reportedly picked the form on Friday from the party’s organising secretary at the International Conference Centre (ICC) in Abuja.

Reacting in a statement by its spokesperson, Femi Adeyeye, the AAC condemned Emefiele’s purchase of the “immoral form” adding that it showed that the Muhammadu Buhari’s administration had enthroned corruption rather than fighting it.

The AAC further said the act goes to confirm that Emefiele is behind the posters, branded vehicles, and jingles among other campaign materials in circulation noting that he must have been a secret member of the APC all along.

“We may just have to do a complete sweep in our public service to ascertain the number of secret members of the APC that are in exalted positions that forbids partisanship,” the party added.

Adeyeye wrote, “The news making rounds that the corruption-ridden Central Bank of Nigeria (CBN) Governor, Mr Godwin Emefiele has picked the immoral APC nomination form to join the Presidential race is another confirmation that the President, Muhammadu Buhari has enthroned corruption, instead of fighting it.

“It is also shameful that the party Mr Buhari leads, the APC cannot advise the “CBN politician” appropriately, since it’s obvious that he lacks proper counsel.

“Godwin Emefiele’s interest to run for President while still in office is both a national insult on citizens who believe in the rule of law and a joke taken too far. The promise of this infamous regime to fight corruption has been brazenly thrown to the dogs.

“The CBN politician laid all speculations to rest by picking up the APC nomination form yesterday. This ruthless act confirms that the man is the mastermind of all the pasted posters, hundreds of branded campaign vehicles distributed, jingles being done, including a circulated video of armed men supporting his aspiration. How low have our morals and respect for public ethics sunk under this regime?

“We wish to add that it is not out of place to insinuate that the perpetual lawbreaker, Mr Godwin Emefiele has been a member of the APC all the while, just like Lauretta Onochie who was almost made a Resident Electoral Commissioner, until she was exposed as a “secret” member of the party.

“We may just have to do a complete sweep in our Public Service to ascertain the number of secret members of the APC that are in exalted positions that forbids partisanship.

“Godwin Emefiele’s interest to contest for President while sitting as the CBN Governor is in contravention of Public Service Rules, CBN Act and the 1999 Constitution, as amended.

“The Act that established the Central Bank is clear on prohibition of officers in exalted offices from engaging in activities that will put the independence of the institution to question.

“We have also read in some online media platforms that “political” farmers and associates gifted the CBN Governor the N100million form. Not minding how ludicrous that sounds, should we agree that the form was donated to him, it is a complete breach of Section 6, 5th schedule of the 1999 Constitution, which prohibits public officers from accepting gifts of any kind.

“It is to this end that we in the African Action Congress (AAC) call for the immediate sack of Godwin Emefiele. His arrest and prosecution by the EFCC and ICPC must also follow. He also has questions to answer at the Code of Conduct Tribunal.

“Nigerians must do all that is legally acceptable to prevent the CBN Governor, President Buhari and the APC from rubbishing our public space and the rule of law. They must be kicked out of power.” 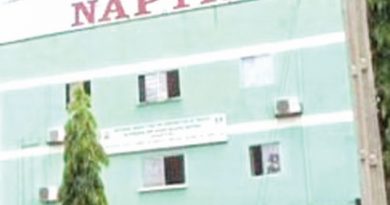 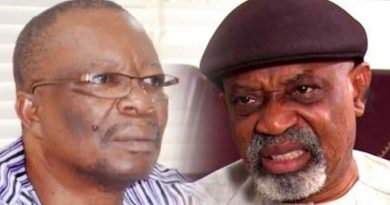