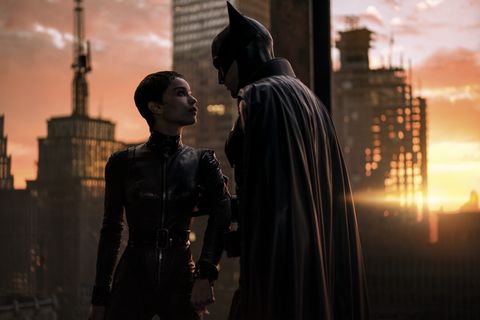 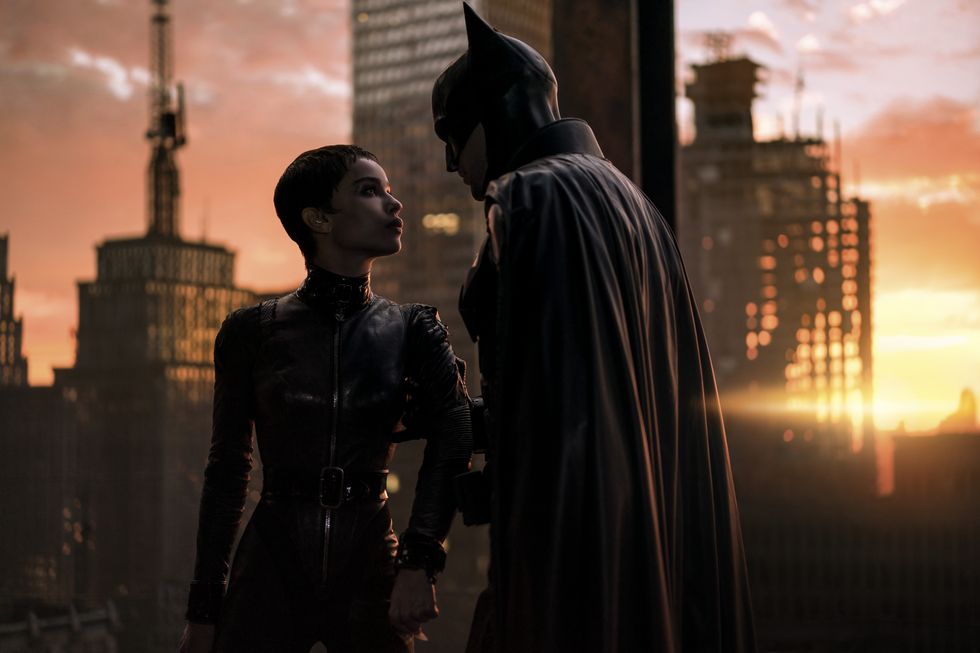 Batman has undergone many evolutions in his 80-plus-year history. The character made its comic book debut in 1939, then led its own famous TV show starring Adam West in the ‘60s and became an animated mainstay as well. Through the decades, film audiences have seen many actors take their turn playing the serious, crime fighting vigilante, including West, Michael Keaton, George Clooney, Christian Bale, and Ben Affleck. Now it’s Robert Pattinson’s turn to defend Gotham.

The Batman starring Pattinson and Zoë Kravitz (as Selina Kyle, aka Catwoman) is now in theaters, but will soon hit streaming too. Running at 2 hours and 55 minutes, the movie is almost double the length of its original and said to be one of the longest superhero movies, comparable to Marvel’s Avengers: Endgame, so go light on the slushies if you plan on seeing it. With a dark, thrilling trailer that has us on the edge of our seats, and a soundtrack sure to keep us on Shazam, we have high hopes for the new era of Batman.

Kravitz as Catworman and Pattinson as Batman in The Batman.

This time around, the caped crusader is facing off against The Riddler (Paul Dano) a terrorist-like serial killer with an affinity for explosives. As Bruce Wayne strives to save the city, he finds an ally in Kravitz’s Catwoman. At the same time, he delves deeper into his own psyche, and questions whether his way of fighting crime helps or hurts the city he is striving to protect. As we learned in The Dark Knight, you either die a hero, or live long enough to see yourself become the villain.

Where can I stream The Batman?

The Batman will be available to stream on HBO Max starting Monday, April 18, 2022, exactly 45 days after it opened in cinemas on March 4. (WarnerMedia CEO Jason Kilar previously hinted that The Batman would begin streaming “on day 46” of the film being in theaters.) With its arrival soon approaching, this spring is definitely feeling a little batty, and we’re here for it.

Buy Tickets for ‘The Batman’ in Theaters

The Race for the Soul of Edo – THISDAYLIVE – THISDAY Newspapers

Uncle Joe believes: Behind the scenes, Democrats clearly now think they can win 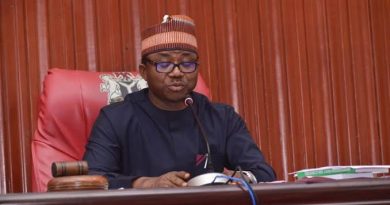