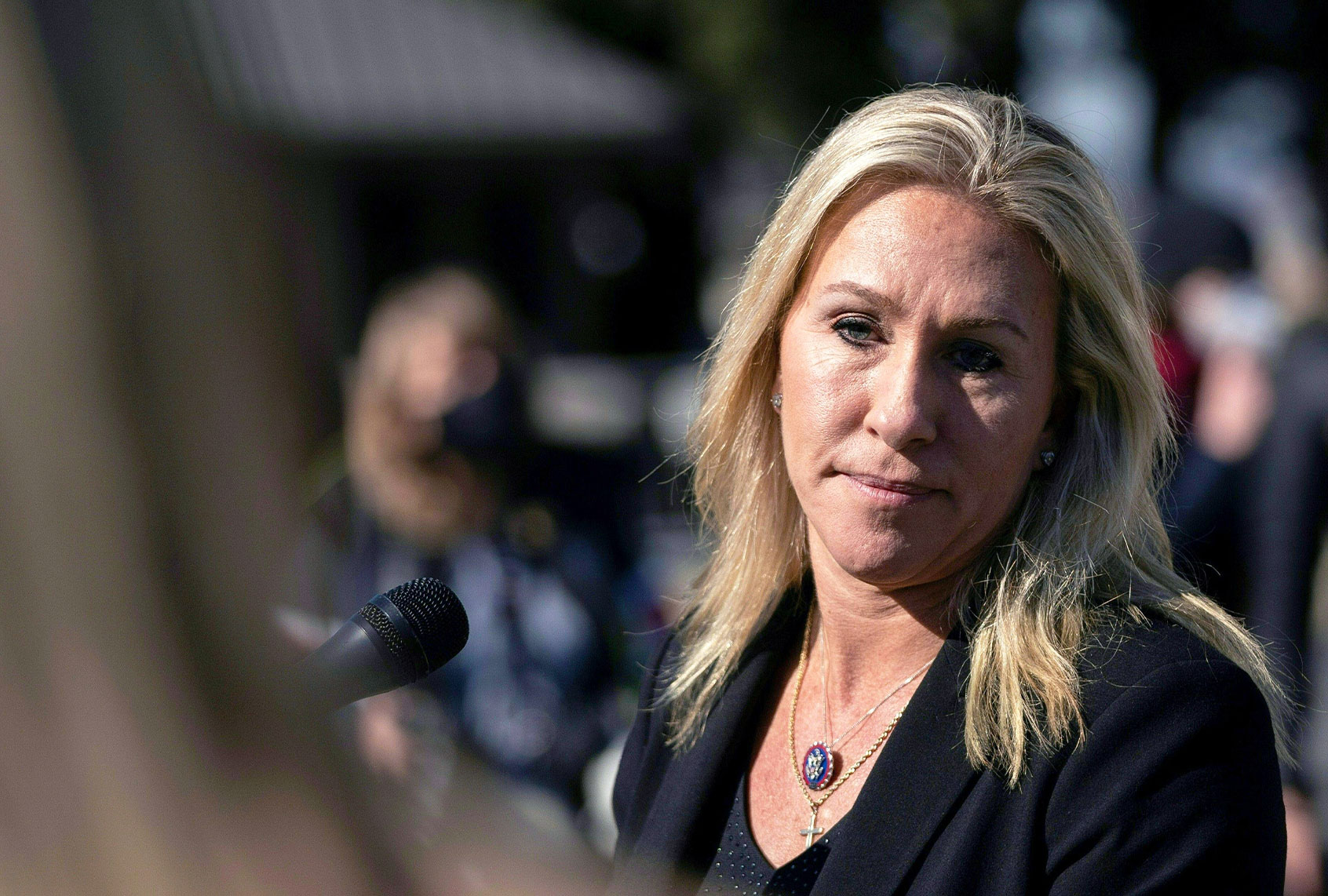 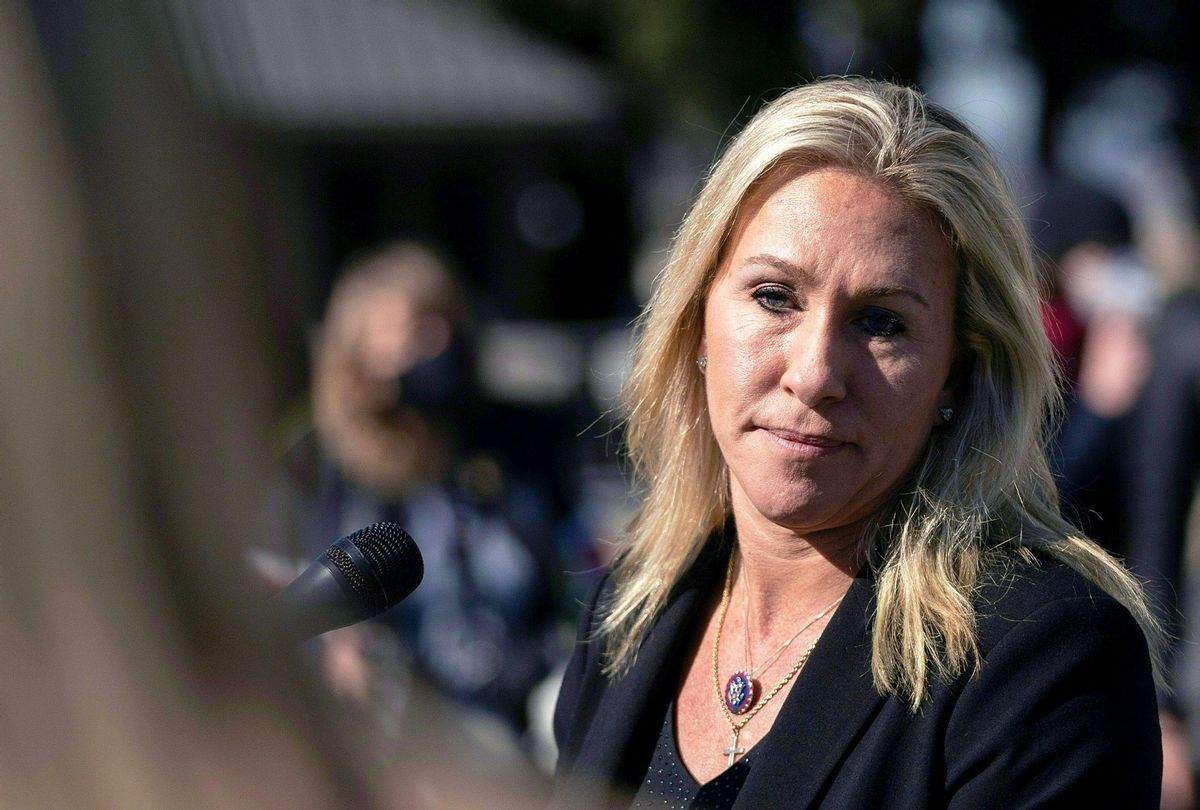 U.S. Rep. Marjorie Taylor Greene (R-GA) delivered an unhinged, massively anti-LGBTQ attack on Friday, in an attempt to rev up her base with the latest far-right-wing outrage du jour. Like many Republicans, Greene has dug up old anti-gay tropes, fear-mongering lies about transgender people, and wrapped it all up in “concern” for the nation and its children.

One of the more stunning claims Greene made was that “Women are murdering and mutilating their own babies through the twin horrors of abortion and transgenderism.”

“Like you, I was shocked when I heard that Fox News had hired Bruce Jenner to be its newest female political contributor,” Greene begins. “We remember Jenner winning an Olympic gold in 1976, and from the front of the Wheaties box, but today, Jenner believes he is a woman. I’d love to know which female contributors were passed over, or perhaps even made redundant to clear space for Fox’s newest star transgender commentator.”

“For many of us it felt like the last day in women’s history,” she claimed.

Greene says she feels “disgust as men have taken over women’s sports, robbing women and girls of their rightful accomplishments,” as she derides swimmer “Lea Thomas’s muscular frame towering over his female competitors,” and she misgenders her.

Greene goes on to blast apparently CPAC, the Conservative Political Action Conference, for allowing “drag queens and transsexuals” to “parade around the halls.”

She uses terms like “transsexuals,” and warns of “gay men with crossdressing fetishes” hosting “drag queen story hour for impressionable young children,” while warning that “cross dressing and gender disruption is one of the hallmarks of a civilization and rapid decline.”

“Our armed forces seem to care more about naming ships after gay pedophiles like Harvey Milk than ensuring our readiness for conflict with China and Russia,” she cried. There is no evidence Milk was a pedophile, and the Navy named a ship after him in 2016 – six years ago.

“Everywhere you look the signs of decadence and decay are consuming our once-great institutions,” she claimed. “Mom and Dad have been replaced by Chasten and Pete Buttigieg and their designer babies. Our society is sick and the symptoms are easy to see,” she lamented, never once looking inward.

I was born in Iran, and misogyny pushed me away from my culture. Now I have hope for Iranian girls