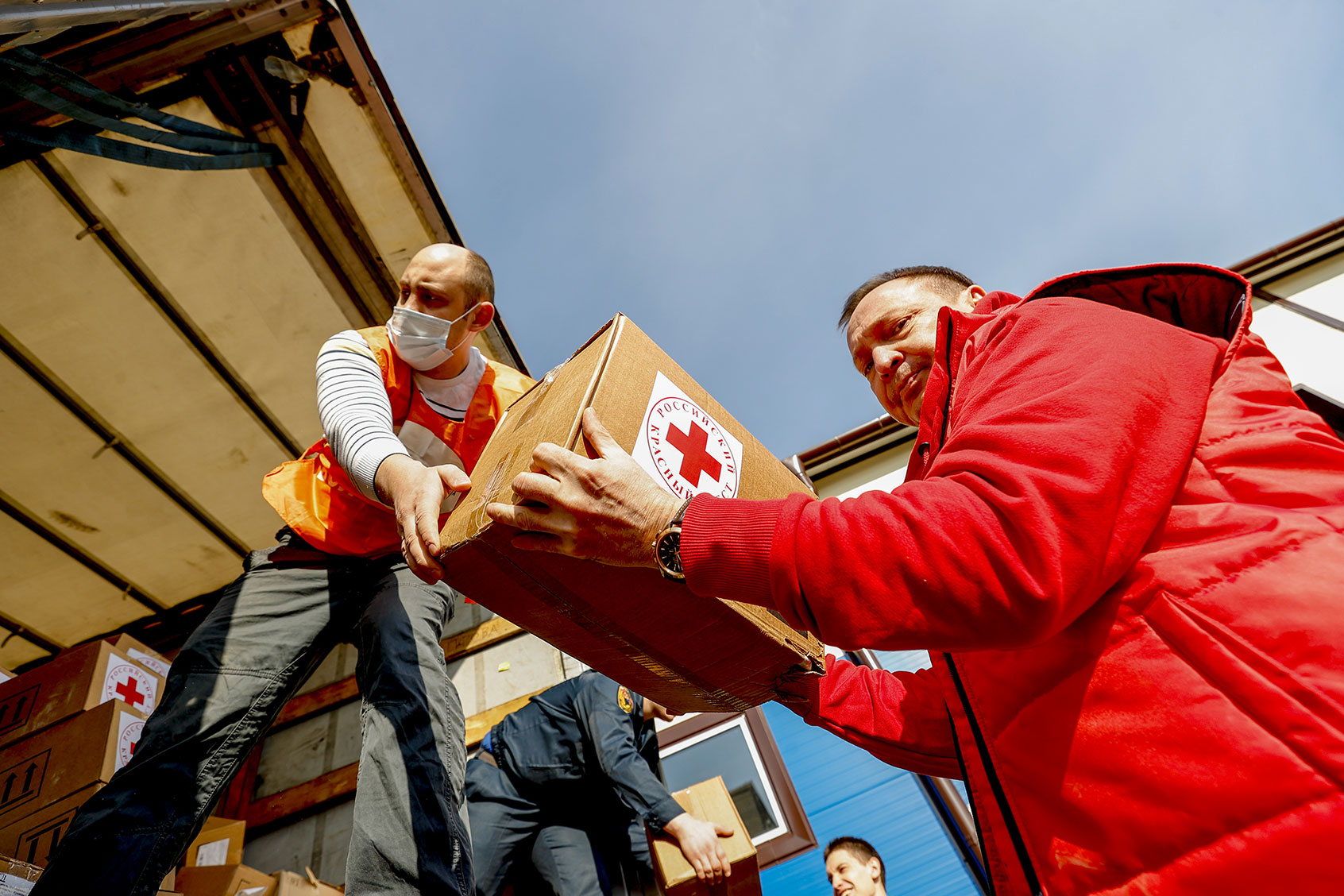 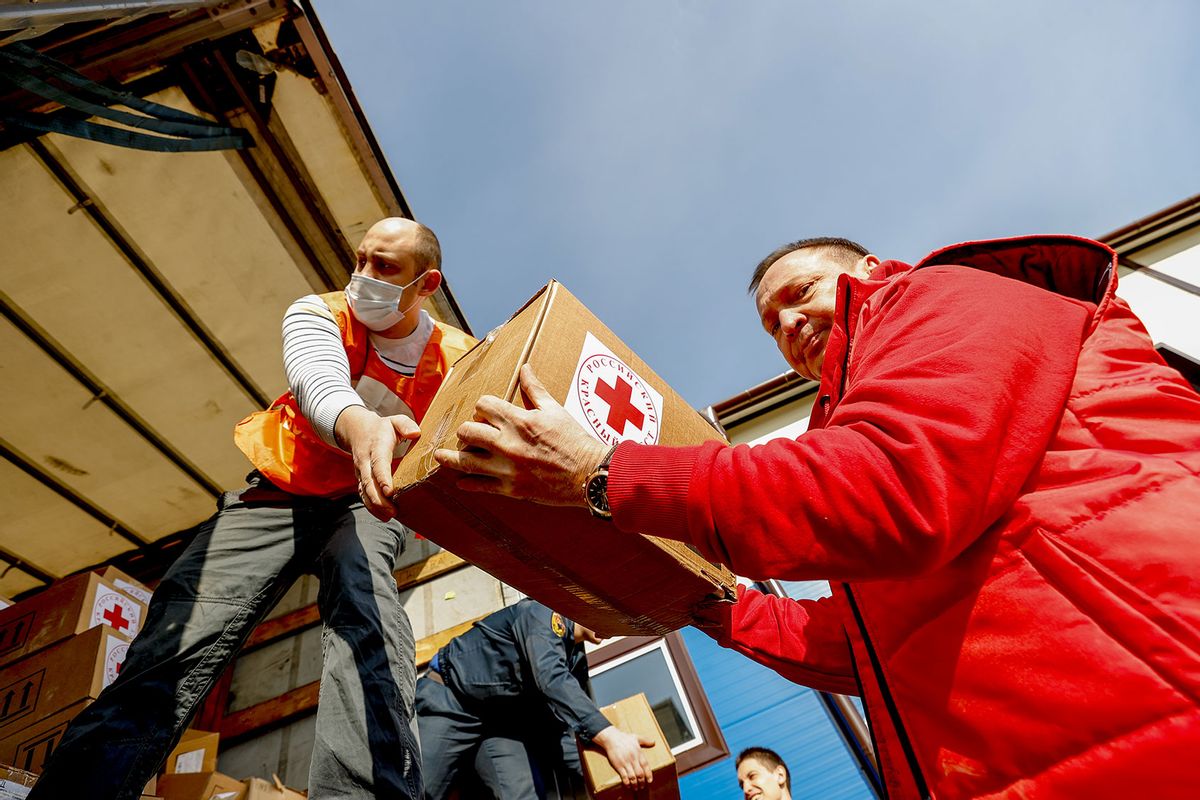 It’s increasingly difficult to care about some of the things that seem to bother the American electorate — or at least some of those who’ve somehow managed to get elected to national office and who could never otherwise hold a job elsewhere.

You know who I’m talking about. I won’t mention their names because I still hold them in the highest minimum regard. Since I wouldn’t hire them to babysit my dogs, much less represent me in Congress, I have no desire to give them even a moment’s consideration as they preach hate and ignorance, and promote conspiracy theories that the rest of us would dismiss even if we were fueled with cocaine, Adderall and a healthy dose of hallucinogens.

Now, imagine being president at this time — trying to strengthen the NATO alliance, support the people of Ukraine, stem a pandemic, reinvigorate an economy and fight the lunacy of the former president’s followers while being hampered by your own communication staff’s inadequacies and the continued spin of social media disinformation — during the largest war in Europe since the end of World War II.

While some of us are concerned about the volatile nature of a war that could lead to the extinction of life on earth, gaslighters in Congress would have you believe that the greatest peril to the world is the sexual orientation of cartoon characters. And while I see the bombing of a theater outside Mariupol clearly marked “children” and the random murder of innocent women and children near Bucha in Ukraine — captured in stunning satellite and on-the-ground photos — as crimes against humanity, these very same people in Congress are falsely accusing their colleagues of being “pro-pedophile” and dismissing the carnage in Ukraine as a false-flag operation.

RELATED: Trump’s trashing of Ukraine pays off for Russia: Republicans vote to reject NATO — and democracy

The unhinged, morally bankrupt, chronically dishonest and abhorrent behavior by some members of Congress not only offers us insight into the corrosively narcissistic nature of some of our politicians, but the timing of their comments, and the visceral reactions to them, suggest something far more dangerous: It’s a willful attempt to turn our heads from what is truly troubling us.

These insipid actions, and the emotional toll inflicted by these congressional trolls, benefit would-be autocrats in our own country and serves as a handmaid’s tale for Putin in Russia. Add “Don’t say gay” into the mix and you’ve got a nation up in arms — driven to distraction by those who know how to tweak our ire.

It is merely a sleight of hand and a twist of fate, and we’re all resting on Bono’s bed of nails while we wait for the other shoe to drop.

I met former Navy SEALs, Army Rangers and Marines in Ukraine — most are diehard conservatives — who’ve come to the same conclusion: Americans “just don’t get it.”

There’s no better example of what we’re really facing in this country than what I was told by an American I met in Ukraine. He is employed by one of several dozen companies present in the region seeking to help mothers, children and even pets escape the Russian army as it tries to level the country. Some of these companies have been hired to train a variety of Ukrainian military units. Many of their employees are former Navy SEALs, Army Rangers or U.S. Marines. Most are diehard conservatives. But they aren’t necessarily fans of the far right, though several admit they’ve voted mostly for Republicans and even Donald Trump — twice. But, after Ukraine’s President Zelenskyy stood firm and Joe Biden stood with him, most of the more than three dozen of these people I spoke with during my trip to Ukraine came to the same conclusion: Americans “just don’t get it.”

Let’s call him Tom. That’s not his real name, but he was a little reluctant to share it.

By day Tom works as a volunteer, handing out food and clothing and helping refugees from Ukraine find shelter in Poland or elsewhere. By night? He tries to extract mothers and children from eastern and southern Ukraine before Russia can kidnap them and send them to remote locations on the Russian frontier.

A former Navy SEAL, Tom is part of the growing number of volunteers from more than three dozen NGOs and nonprofit companies working in Ukraine trying to assist the Ukrainian government.

“When I heard Zelenskyy say he didn’t need a ride, he needed ammunition, I was in,” the 42-year-old native Texan said.

Tom is a hardcore Republican and says he voted for Trump twice. He was happy Biden got the U.S. out of Afghanistan, saying, “We needed to leave,” but unhappy about the execution of the plan. “You can blame Biden, but I’ve been in the military a long time. That plan was bungled by those on the ground in Afghanistan,” he said. “We had two bases we could’ve kept open and evacuated everyone through those bases before collapsing them and leaving. It was bad planning that we didn’t.”

While Tom is a Biden critic, he offered praise for the famous nine-word statement Biden recently made in Poland. “I said right away he was absolutely right. For God’s sake, Putin can’t remain in charge. Finally, Biden got a backbone. He only said what everyone else has said.”

Tom is still critical of the people in the U.S., particularly members of Congress and elected officials, who don’t understand the problem or don’t seem to want to do so. “At first I thought people like this were just stupid. But as time goes on, I think they’re worse. I believe some of the same things these people say they believe. But I know right now there are people in Ukraine who would absolutely love to be in the United States arguing about some of the silly shit we argue about. But the people I see every day are worried about food, clothes, shelter and whether or not they’re going to get lined up and shot.”

The only people benefiting from the gaslighting by some U.S. politicians “are the Russians, more specifically Vladimir Putin,” Tom explains. “The one thing I am going to take home with me from this experience is ‘unity.’ If the American people were as united as the Ukrainian people, there’d be no stopping us. And that’s what Putin and China fear most. That’s why they spark dissent. It’s so clear. Anybody who doubts it can show up here and spend a week in Ukraine. I’ll give them the tour.”

Politics in our country, fueled by the QAnon cabal, is too busy arguing whether or not a deep state of pedophiles runs the U.S. government. Or, if we listen to the former president, whether roving gangs of immigrants are crossing the border in record numbers, trying to take our jobs while also being too lazy to get a job as they take advantage of social services — to which, in reality, they have limited access.

While it’s safe to say that most people repeating this nonsense are not “in bed” with Russian agents, but are merely repeating what in their arrogant ignorance they believe to be true, the question remains how many of our elected officials knowingly spread disinformation that benefits Russia, even when they know it isn’t true.

There is little doubt that Russia benefits most from the dissent. I’ve been to several Trump rallies where his supporters wore T-shirts supporting Russia — at the expense of Democrats and the United States.

High-ranking officials in the Biden White House take it as a given that the GOP is playing into Putin’s hands. The only question is whether they’re doing it knowingly or unwittingly.

Inside the current administration, there are several high-ranking Democrats who take it as a given that the GOP, or at least some of its members, are knowingly or unwittingly playing into Putin’s hands. This isn’t new. Republicans visiting Russia are almost as common as mass shootings — and equally dangerous. “They hurt this country and don’t care,” a high-ranking White House official told me Monday. “They hurt this country because they personally profit from it. And while that’s a fact, there’s nothing anyone can say that will convince the true believers of it.”

Is there any effective means of combating the disinformation? The stakes have never been higher. The fear of chemical warfare has increased. The use of cyberwarfare has been confirmed. The use of hypersonic weapons has been confirmed. The fear of a long, drawn-out war is also growing and there seems to be no end in sight — only the specter of a widening conflict that ultimately draws in NATO troops.

In the meantime, at home the gaslighting has led to low ratings for the president, an ignorance of how gas prices work, a correlation between Biden’s election and the beginning of the Ukrainian war that — under the classic logical fallacy “Post hoc ergo propter hoc” — leads some to claim that Biden caused the war in Ukraine. All of this has undermined his efforts and makes it impossible for any sustained U.S. strategy to outlive the current election cycle.

Don’t listen to me. Listen, however, to those volunteers who are at this moment risking their lives and doing their best to provide food, aid and shelter to the displaced people of Ukraine. “At this point, if it ends up like Afghanistan, we’d be lucky,” Tom told me as we drove through the Ukrainian countryside. “But every time I hear an air raid siren I think of hypersonic missiles, chemical warfare or worse. This is as real as it gets. There are a lot of Americans who don’t understand just how close we are to the edge — and the politicians who do know and are busy selling us a load of divisive shit have to be held accountable. I just hope we all survive it.”

On Wednesday morning, the White House announced a new sanctions package in response to atrocities in Ukraine, designed to impose “severe and immediate economic costs” on Russia.

Meanwhile, on social media, some members of Congress again declared that pedophiles were taking over the government. Want to guess which topic dominated social media?

The bottom line is that there are Russian assets in our government — whether or not they are willful or unwitting is the only thing to be settled.

Read more from Brian Karem on the Biden White House:

Why won’t Republicans investigate white supremacists in uniform? We know why