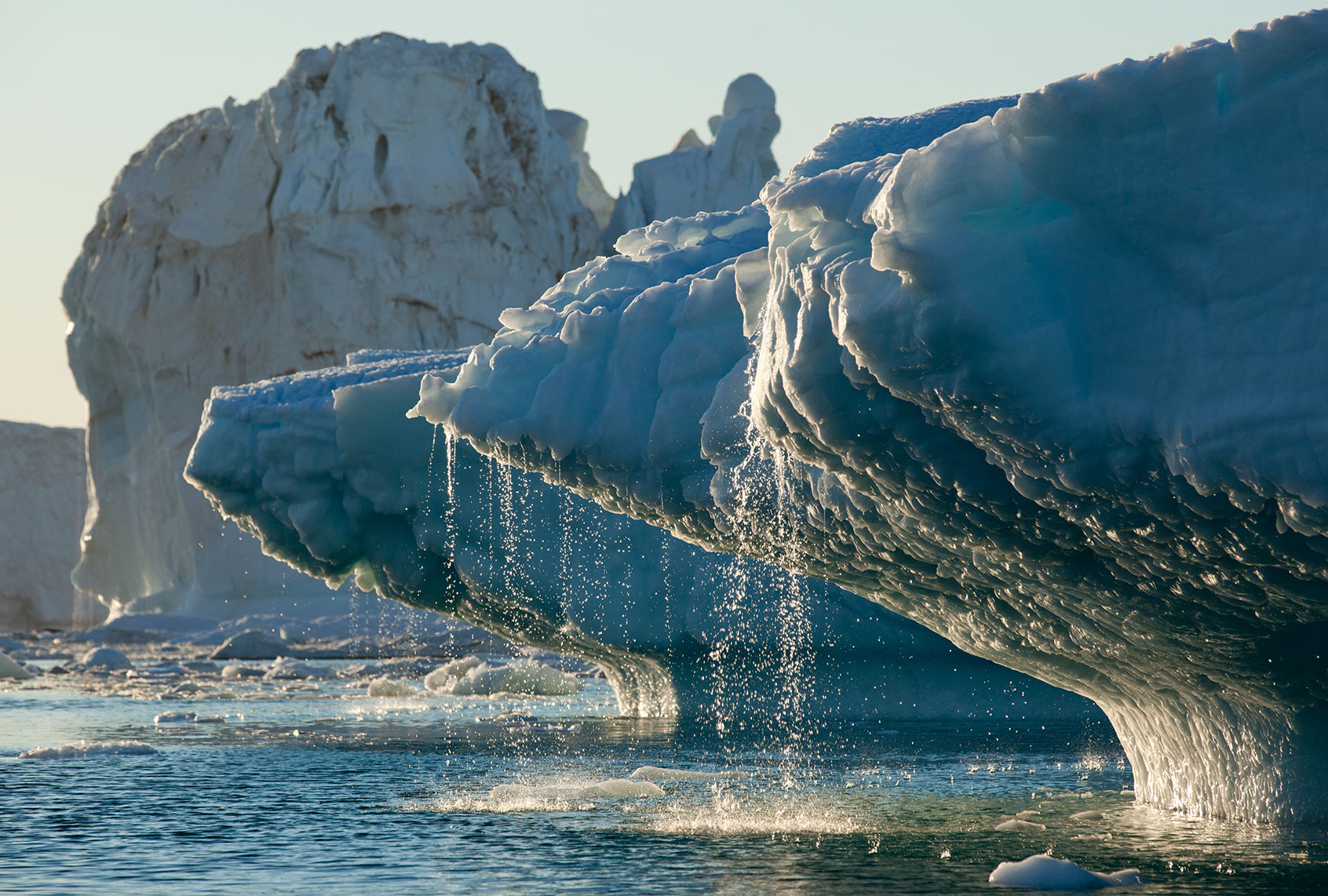 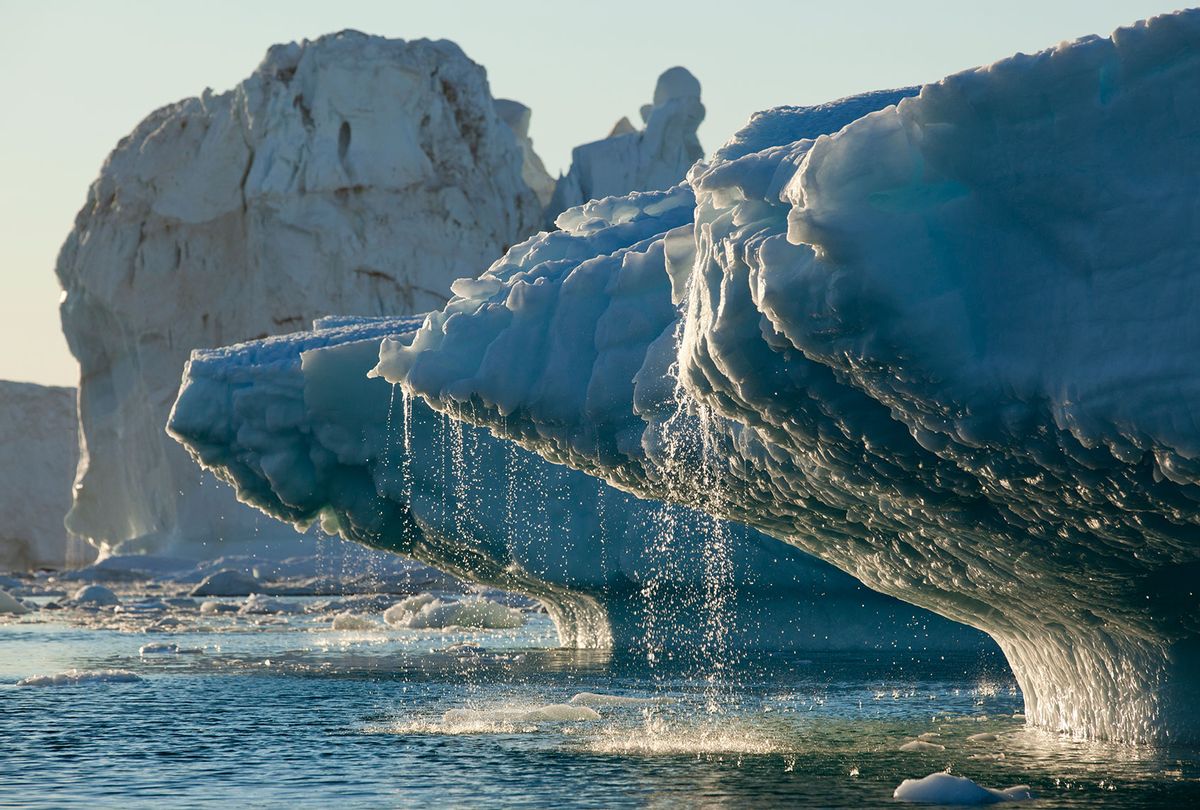 Satellite images show the Arctic has been getting greener as temperatures in the far northern region rise three times faster than the global average.

Some theories suggest that this “Arctic greening” will help counteract climate change. The idea is that since plants take up carbon dioxide as they grow, rising temperatures will mean Arctic vegetation will absorb more carbon dioxide from the atmosphere, ultimately reducing the greenhouse gases that are warming the planet.

But is that really happening?

I am a biologist who focuses on the response of ecosystems to climate change including tundra ecosystems. For the past five years, my colleagues, students and I have tracked vegetation changes at remote locations across the Arctic to find out.

Braving bears to collect evidence on the tundra

The Arctic tundra is a vast, mostly treeless region stretching across the far northern areas of North America and Eurasia. A few feet below its surface, much of the soil is frozen permafrost, but the top layer blooms with grasses and low shrubs during the short summer months.

Satellite studies over the past decade have tracked changes in the greening of the Arctic by measuring the visible and near-infrared light reflected by vegetation. Healthy green vegetation absorbs visible light but reflects the near-infrared light. Scientists can use that data to estimate plant growth across wide areas.

Until recently, field studies that might verify how much carbon dioxide Arctic plants were taking up were sparse, preventing scientists from testing the hypothesis that earlier snow melt and its impact on plants helped control carbon dioxide in the atmosphere.

For our study, scientists braved bear territory and cold summer nights to collect extensive carbon dioxide measurements near plants and soil in 11 Arctic tundra ecosystems, including in Alaska, Canada, Siberia and Greenland. We focused on the most understudied Arctic areas, located over continuous permafrost.

Earlier growth, but a late-season slowdown

Arctic plants currently have only about three months in which they can grow and reproduce before the temperatures gets too cold.

When we started this study, we wanted to find out what effect the earlier start to the growing season was having on the overall amount of carbon dioxide taken up by vegetation each summer. The results surprised us: Even though the greening was evident, the overall carbon dioxide uptake either did not significantly increase or had only minor increases.

When we looked closer and compared the changes from week to week, we discovered why. While the earlier snowmelt was stimulating plants’ productivity in June, that productivity began to taper off in July – normally their peak season for photosynthesis. By August, productivity was well below normal.

The Arctic’s dominant shrubs, sedges and other wetland plants were no longer sequestering more carbon late in the season. It was like waking up earlier in the morning and being ready to go to sleep earlier in the evening.

We still have many questions, including why plants are responding this way and whether the widely used index for plant growth based on changes in visible and infrared light, called NDVI, is definitively associated with a higher uptake of carbon dioxide. Some Arctic ecosystems have shown strong correlations between NDVI and carbon dioxide uptake, while others have not. We didn’t find evidence that plants were affected by water limitations in the late season.

If tundra ecosystems are not able to continue taking up carbon dioxide later in the season, the expected increase in plants sequestering carbon may not materialize.

And there’s another problem. Normally, plants on the tundra store more carbon through photosynthesis than the tundra releases, making it a vast carbon sink. The long, cold winters slow plants’ decomposition and lock them in the frozen ground. However, when permafrost holding this and other organic matter thaws, it releases more greenhouse gases into the atmosphere.

The local impact goes beyond carbon

This isn’t just a story about plants and the climate. Vegetation changes can have wide-ranging effects on other components of ecosystems, including animals and people.

The Intergovernmental Panel on Climate Change, the United Nations body for assessing the science related to climate change, has estimated that changes in snow cover have already affected food and water security. Many local native communities depend on hunting, trapping and fishing, and earlier vegetation development can affect the delicate balance of complex Arctic systems.

If Arctic greening is only shifting seasons and isn’t increasing the overall carbon dioxide level as previously believed, that could also mean the models currently used to evaluate and predict the overall impact of climate change are missing an important piece of information. The result could be that a process we assumed would slow or mitigate climate change isn’t actually working as expected.

Ex-Mueller prosecutor: DOJ case against Trump “gets stronger and stronger” after latest filing

Jin Soon In the middle of winter, you might not realize it, but believe me: spring is almost here. That