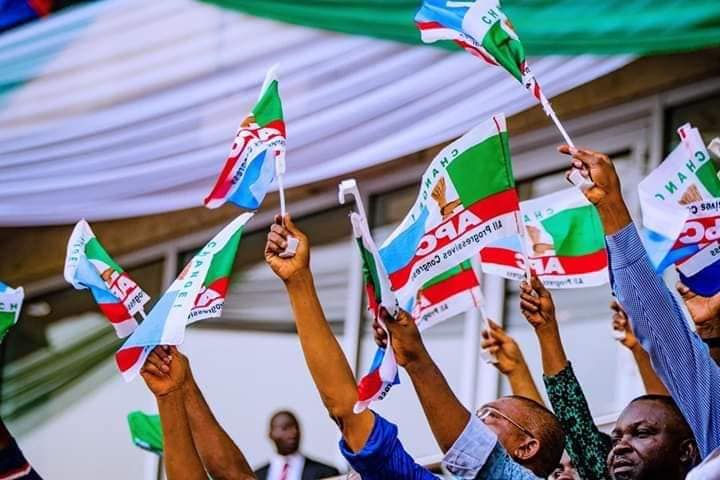 In all the presidential elections he has contested since 2003, President Buhari had always picked a Christian southerner as running mate in deference to our religious and ethnic diversity, and for a long time, Nigerians have come to take this balance for granted. But the emergence of Senator Abdullai Adamu as the new chairman of APC last week and the ambition of Asiwaju Bola Tinubu have brought to the fore the issue of religion in the presidential politics of 2023 and ignited discussions on the need for the governing party to keep this time-honoured practice. Adamu’s election has not only further diminished the chances of Tinubu becoming the party’s presidential candidate, but it had also given us a good indication of how the party will choose its flag bearer for next year’s presidential election.

With all the fanfare that heralded his election, Adamu has become the latest addition to a long list of northern Muslim men to occupy the nation’s top positions: president, senate president, party chairman, chief justice of the supreme court, in addition to the security chiefs. I do not know if this lopsidedness is a deliberate act of emasculation of the Christian community, but it obviously does not bode well for our diversity, internal harmony and unity as a pluralistic nation. I must thank Nigeria’s large Christian community for their patience, maturity and understanding. The fact that they have not been agitating violently speaks to the inherent forbearance in the teachings of Christ. The nation had been spared further crises with its tolerance and moderation.

With this kind of religious imbalance, it should be obvious to Tinubu and his supporters that APC cannot afford to field a southern Muslim presidential candidate who will most likely pick a northern Muslim running mate. The Christian population in the north is too small, disparate and politically weak to produce a running mate at the top of the ticket. It was for this reason that Chief MKO Abiola was advised to drop his earlier choice of Chief Pascal Bafyau, a Christian from Adamawa State, as a running mate in 1993.

Similarly, Tinubu will have no other option than to choose another Muslim from the north as his vice-presidential candidate. It would be a monumental political disaster for his party and a clear case of religious insensitivity to the nation’s over 60 million Christians in these very challenging times. In fact, the party will perform woefully in the elections next year if it dares to field all-Muslim candidates. Fielding a Muslim-Muslim ticket will therefore unravel the president’s legacy and hurt the party irreparably. This is not 1993. The Buhari administration has achieved a lot in the areas of food production, infrastructural development and transportation, but due to persistent violent crimes and terrorist activities in the country, its approval rating has been plummeting among certain population groups. The major opposition party has capitalised on this to launch vicious campaigns against APC and the government, sometimes overstepping the boundaries of decency. If the APC overstretches its luck and takes Nigerians for granted through insensitive political miscalculations, it will face the risk of a devastating defeat at the polls next year.

My sense is that President Buhari, the leader of the party, is aware that the stakes are too high for any political brinkmanship. He appreciates the weight of responsibility on his shoulders. Bola Tinubu should be eased out of the race without bruising his ego and disrespecting his stature. In selecting its flag bearer for the 2023 elections, the party will have to adopt the same consensus method that threw up the new national chairman. I expect that in the weeks ahead, President Buhari will have to meet with Tinubu and convince him to drop out of the race for the sake of our country. I urge all other leaders in the party to join hands with the president and encourage Asiwaju to spare the nation any situation that will further emasculate the Christian community and lead to a religious crisis in the country. A Tinubu candidacy will further polarise the country and weaken it along our established fault lines.

I have read some lame talk about how Chief MKO Abiola had picked Babagana Kingibe, a Kanuri from Borno state, as running mate in 1993 under the defunct Social Democratic Party (SDP), thus creating the first all-Muslim ticket in the country. Such an excuse has not taken into account the peculiarities of the two eras. By 1993, a mean and cunning dictator had assaulted the nation for eight years with his deceptive politicking and endless transition programme. The nation was too eager to bid the military farewell and the people were ready to put up with the MKO experiment provided the military was eased out. Besides, the national chairman of SDP was a Christian from Uromi, in what is now Edo state. Since then, Nigeria has been declining steadily to the extent that our fragility has become a major concern to the international community.

By 2023 the country would have had almost a quarter of a century of unbroken multiparty democracy, with an established pattern of rotating the presidential ticket between the two major religions. It has served us well all these years, and for the sake of our continued existence as one undivided and peaceful country, where justice and equity reign, we cannot abandon that rhythm, no matter whose political interest or ambition would be scarred. The axiom that the country is bigger than any one individual and its national interest supersedes any citizen would be tested at the APC presidential primary late next month.

FG Disqualifies All 32 Candidates For 2022 Merit Award – – The Tide