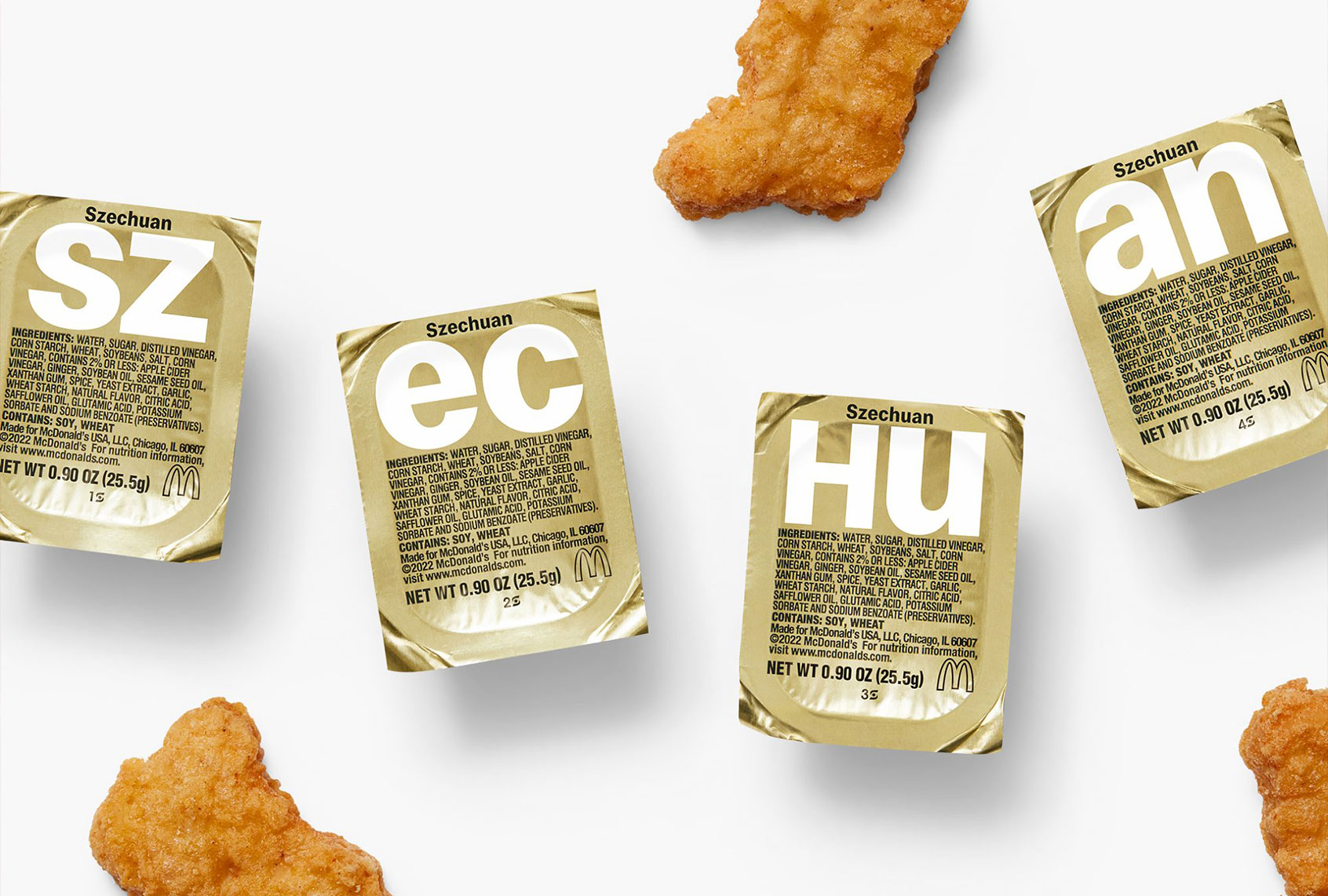 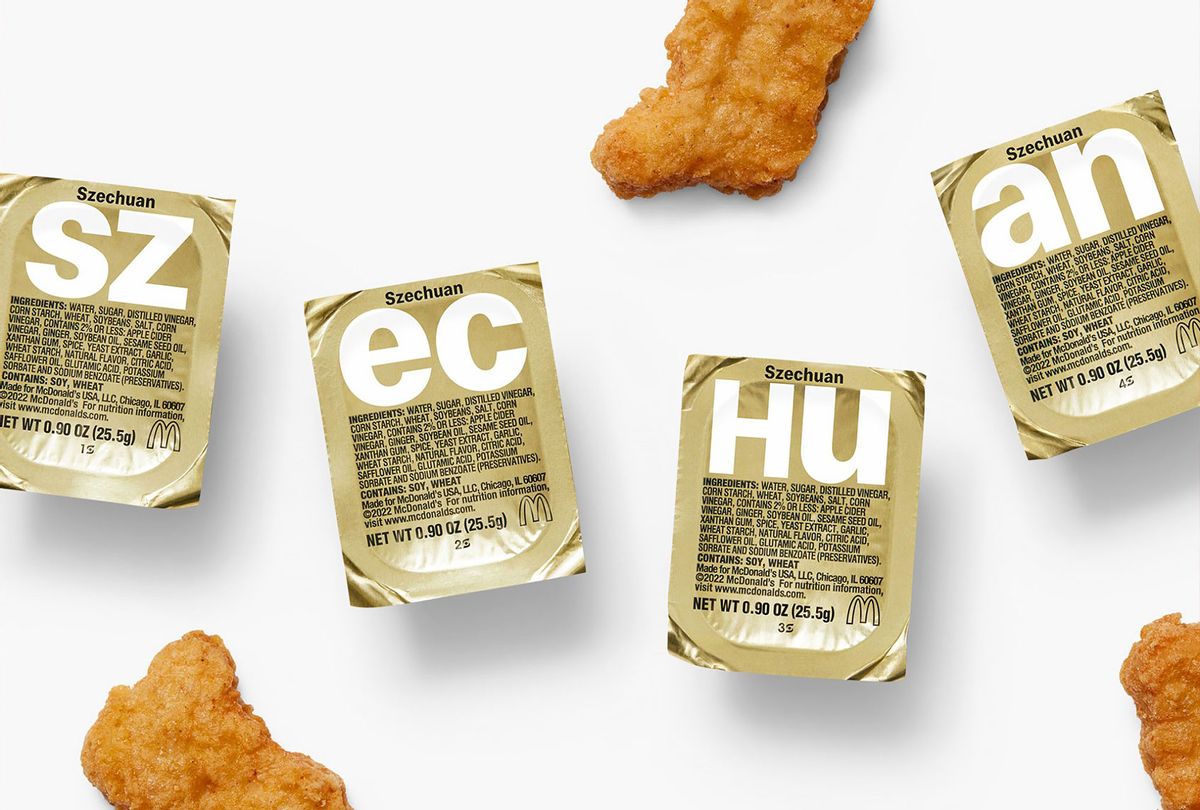 Last week, McDonald’s posted a cryptic tweet, “U should text me about the next sauce drop.” Beneath the caption was a graphic with the phone number 707-932-4826.

People who texted the number received a photo of a box of sauce packets covered with gold film. When lined up in the correct order, they spelled out the word “Szechuan.” (Observant internet sleuths also pointed out that the phone number spelled out 70S-ZEC-HUAN.”)

On Monday, the fast food giant made it official, announcing via a press release and social media posts that Szechuan Sauce would be returning on March 31.

“hi from Szechuan Sauce, say it back,” McDonald’s tweeted.

Szechuan Sauce was originally released in 1998 as a promotional tie-in to the Disney movie “Mulan.” It was a dark brown nugget sauce with a touch of acid from the addition of apple cider vinegar and a little nuttiness from roasted sesame oil. This distinguished it from the chain’s OG Sweet and Sour McNuggets dipping sauce.

It was a fine condiment but unassuming enough that there wasn’t much outcry when the chain pulled it from their franchises after the month-long promotion. For almost two decades, Szechuan Sauce was simply a relic of McDonald’s past, such as the McPizza or McSalad Shakers. Then the third season of the adult animated show “Rick and Morty” debuted in April 2017.

In the first episode, “The Rickshank Redemption,” one of the series’ main protagonists, Rick Sanchez, revisits a memory of going to a McDonald’s drive-thru and ordering Chicken McNuggets with Szechuan Sauce. By the end of the episode, Rick reveals that his only goal in life is to find more of the sauce. He’s not motivated by saving the world or his family, or well, anything other than “that McNugget sauce. I want that ‘Mulan’ McNugget sauce, Morty. That’s my series arc, Morty! If it takes nine seasons!”

Viewers of the show, which had a cult following of its own, began petitioning McDonald’s to bring back the sauce. McDonald’s acknowledged fans by sending “Ricky and Morty” creator Justin Roiland a four-pound jug of Szechuan Sauce found in “Dimension C-1998 . . . a dimension where it’s always 1998. 1998 every day. No smartphones, no social media. It’s a weird, scary place. But they’ve got Szechuan Sauce on the regular menu.”

Finally, in October 2017, the chain decided to do a one-day promotion centered around the sauce — and it was an unmitigated disaster. There were riots, an alleged stabbing and lots of angry customers. You can read more about this in the Salon Food archives.

A few months later, to rectify the situation, McDonald’s revived the sauce, with an estimated 20 million portions distributed to locations across the U.S. Reviews were mixed — there was a lot of talk of it tasting like soy-flavored corn starch — and Szechuan Sauce eventually rolled off of the chain’s menu offerings again.

When it returns on March 31, it will be only the fourth time that Szechuan Sauce has been available in McDonald’s history. Will it be better this go around? Who’s to say — though I’m sure the Ebay sauce collectors will start lining up early.

Greene says she was “swatted” at home and nearly “murdered” by police: “I picked up my gun”

When Do New Episodes of Yellowstone Come Out?

Uncle Joe believes: Behind the scenes, Democrats clearly now think they can win