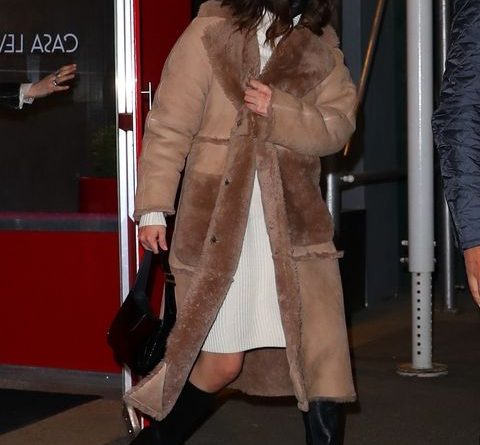 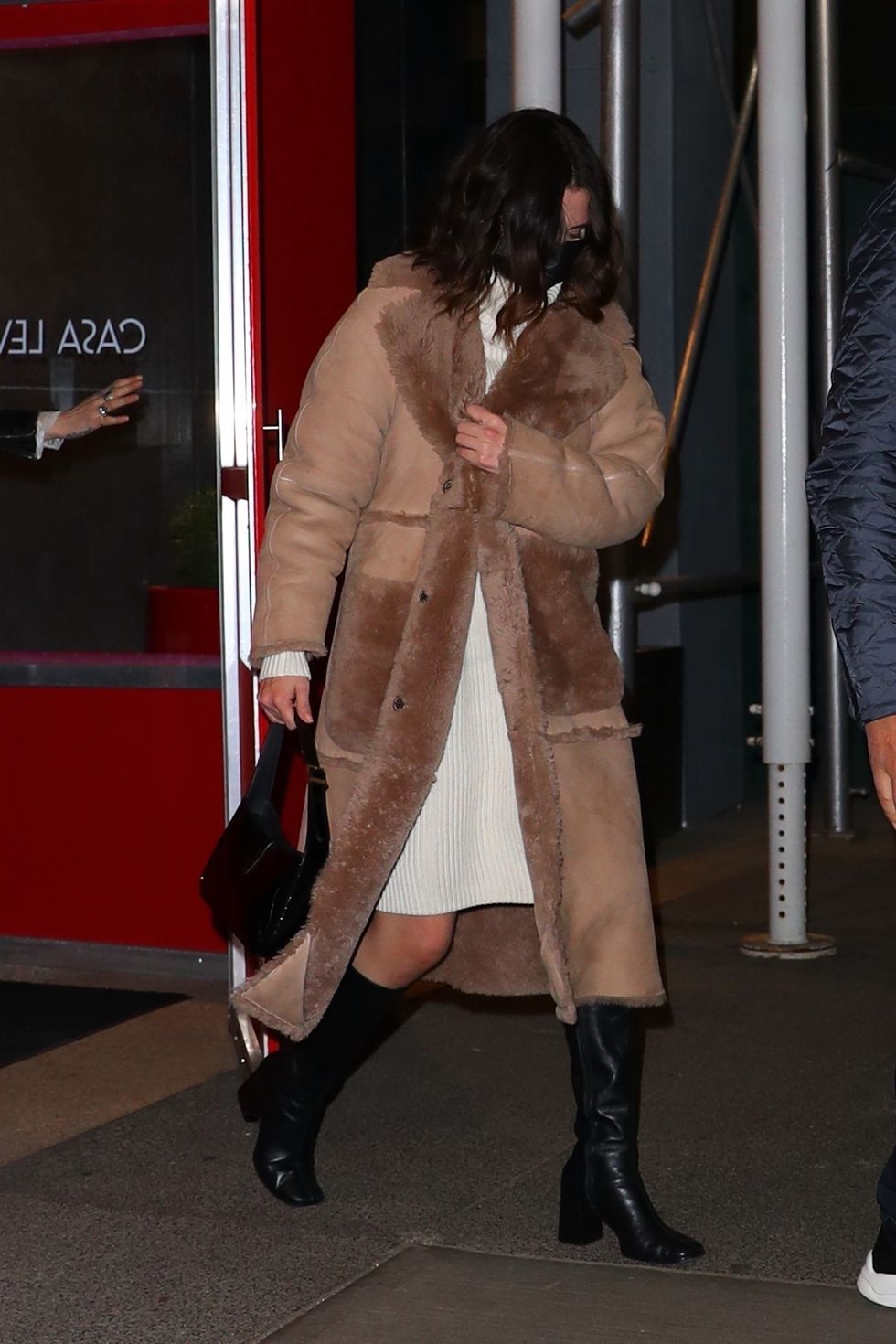 Spring is slowly beginning in New York City, and Selena Gomez perfectly dressed for that cold-warm weather in-between on Tuesday. The Only Murders in the Building actress was joined by her co-star and longtime pal Cara Delevingne for dinner at Casa Lever. Other friends went with them, too.

Gomez wore a chic white sweater dress, a long tan teddy coat, and black heeled boots. She carried a matching black handbag and wore a black face mask amid the ongoing COVID-19 pandemic. Her hair was styled down. Gomez and Delevingne have been in New York for the majority of this year, filming Only Murders in the Building‘s second season.

Delevingne is playing Alice, who is described as a “sophisticated art world insider who becomes enmeshed in the mystery.”

Delevingne told ELLE.com in an email interview last month, “It’s definitely most like me than any other character I have ever played. But with some more daring looks, for sure.”

Delevingne also opened up about her years-long friendship with Gomez. The two made headlines for getting matching tattoos at the end of last year in a public show of their deep friendship.

“Selena is a very special friend, and it’s been so fun to get to work with her for the first time. Well, actually, second time,” Delevingne said. “She actually hired me when I had just become a model, and she had designed a clothing line. We have known each other a long time. And, of course, working with Steve Martin and Martin Short is like a master class in comedy. I feel so lucky to get the opportunity.”

Ancient viruses gave us a gene called “Arc” — and it may explain consciousness, scientists say

The baptism of Nic Cage in the bloodbath of “Mandy,” one of the actor’s most underappeciated roles

Welcome. You’re here; you made it. Rest assured, this is a safe space. It’s a journey, from that first day