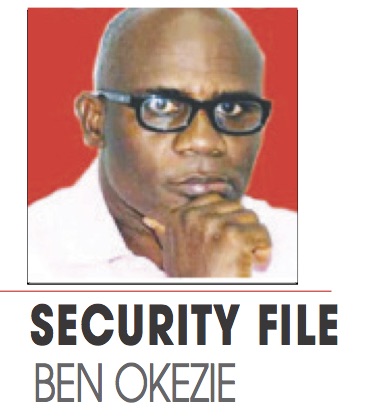 Lawrence Nomayagbon Anini, popularly known as  Anini the Law, was a notorious armed robber who was domicile in Benin City and startled the residents of the city and beyond, sending  jitters into every resident in and around the state, forcing policemen to scamper for  safety and, above all, making the military government of General Ibrahim Babangida to be concerned. The concern gave the head of state and the police institution under Inspector-General of Police Gambo Jimeta (now late) sleepless nights. Anini operated like a devil, leaving deep scars and gory tales of his vicious acts behind. In fact, his vicious robbery operations were recounted with sorrow, tears and death and money carted away.

It was, therefore, a very sad Thursday, last week, in the bustling town of Uromi, Esan North-West LGA of Edo State, when some daredevil gunmen struck. Reports said 20 armed robbers stormed the town and operated before the full glare of passersby in broad daylight, for over two hours, all armed to the teeth with firearms and explosives.

That day, residents of Uromi witnessed one of the most daring robbery operations in the country, apart from those of bandits. Their targets were four banks that were violently robbed and an undisclosed amount of money carted away. It was further reported that explosives were used to breach the banks’ entrance, while packages of money were carried out and stuffed in different cars. Unfortunately, even the police scampered for safety, while residents counted their losses, as seven persons, along with three policemen, died during the robbery.

Impressively, the vigilant youth of Uromi bravely created a human blockade, which helped to prevent the robbers from escaping with their vehicles.

Questions are being asked about the entire operation and its implications to Edo State. First, let’s start the operational analyses from the four banks and the divisional police station in Uromi, which was attacked.

Had the Edo State government provided the needed employment for these youths, such as setting up industries that would utilize local products as raw materials, maybe the age-long adage that the devil finds jobd for every idle mind and hand wouldn’t have come to pass. Edo State government is financially buoyant enough to establish industries in all the local government areas of the state. Even at that, how equipped were the four banks with security devices like CCTV and other electronic monitoring gadgets usually deployed in banks and other security institutions? It is often observed that bank officials play pranks after any robbery by overestimating the amount carted away by the invading robbers for their selfish gains.

It is known fact that banks solicit the service of armed policemen to provide security in the bank and for excort of cash movement. This system has been phased out around the world’s banking system. High-tech electronic devices now handle the situation. Across the world, bank robberies are no longer fashionable as suspects are easily detected and apprehended for prosecution. In the heyday of Anini and Shina Rambo, modern electronic monitoring devices were not available, so security agencies, especially the police, depended on their professional training to track down robbery suspects.

Robberies of such dimensions cannot be successful without connivance with bank officials or devilish security operatives, or how can we explain that robbers stormed and operated in four banks successfully with none of them being gunned down, instead policemen and civilians were the victims? I covered several robbery operations around the country and was authourised by former IGP Ibrahim Coomassie to interview over a hundred armed robbers across the country (Read my book, “Dark Cloud: Confessions of notorious armed robbers in Nigeria”). It is the rat in the house that informed the rat outside of the location of red meat in the house. This explains the modus operandi of robbers. They felicitate with bank workers and even policemen to extract information they would later need to carry out their operations. No robbery operation can succeed without the aforementioned strategy. It is only a docile police division that would be “sleeping” while robbers are operating in their area of jurisdiction, only to wake up after the operation, leaving three officers dead. In a sane clime, all the senior officers in that police division would  be severely punished.

Unfortunately, the tide of  good professionalism has drastically changed, falling to a very disadvantaged situation. The once highly-rated and well equipped Nigeria Police Force has become an easy prey of violence from members of the public, bandits and other vicious criminals. As frontline fighters, recent national developments like the #EndSARS  nationwide uprising and other attacks, in addition to poor welfare package, have demoralized policemen across the country. The operational bite the police were known for has evaporated and most of their duties are being handled by other security agencies.

Since Nigeria received its independence as a sovereign country from the United Kingdom, the country has only enjoyed political, economic, health and educational assistance. In 2010, when Nigeria was bedevilled by insurgency that gradually crippled the northeastern part of the country as Boko Haram continued to ravage the land, killing, maiming and destroying private and government properties, countries that had mutual interests, without any diplomatic prompting, offered assistance, ranging from economic to political, as well as security. Some countries were not forthcoming despite visible diplomatic ties with Nigeria. It is known in diplomacy that  countries would only venture into any tie if their interests are protected and assured. Many had believed that, even if other countries decline to offer military assistance to Nigeria in her turbulent times, Britain would not close its doors against Nigeria by not extending military assistance and experience, knowing full well that it had also experienced terrorism.

Nonetheless, after over a decade of Nigerian territory being ravaged by terrorists, both local and international, the coast looks clear as formidable military assistance and agreements are being broached in London. A statement issued recently reads,“The UK and Nigeria are holding the first meeting of the Nigeria-UK Security and Defence Partnership Dialogue in London this week. Talks, led by UK National Security Adviser, Sir Stephen Lovegrove, and Nigerian National Security Adviser, Major General Babagana Monguno, are scheduled to last for three days and will conclude on Wednesday.

“The dialogue will also include a series of breakout sessions covering a range of issues, including counter-terrorism, serious and organised crime, civilian policing and human rights. Defence staff talks, led by UK Chief of Defence Staff, Admiral Sir Tony Radakin, and Nigerian Chief of Defence Staff, General L.E.O. Irabor, will also take place in parallel and will discuss military cooperation.”

Such information has further heightened hope in security circles that, at last, acts of terrorism would soon be over, to enable Nigerians freely  participate in the forthcoming  general election in 2023. 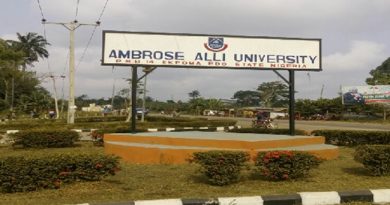