A new drama played out in the Edo State House of Assembly on Thursday with the reported impeachment of the speaker, Frank Okiye, by 17 lawmakers.

Thursday’s drama started with a spokesperson of Governor Godwin Obaseki announcing that some police officers brought into the state from Abuja had taken over the assembly complex which is being renovated.

Crusoe Osagie suggested that the police officers were there to do the bidding of ex-governor Adams Oshiomhole who enjoys the support of the 17 members in his bid to ensure Mr Obaseki is not re-elected.

However, Mr Okiye, who now enjoys the support of only six other members of the 24-member assembly, said he and the other lawmakers had unrestricted access to the assembly complex.

Hours after the announcement by Mr Osagie, Punch newspaper reported that the opposition 17 lawmakers met at an undisclosed location where they impeached Mr Okiye.

Fourteen of those lawmakers where those who were not inaugurated as lawmakers and whose seats were controversially declared vacant by the minority 10 lawmakers led by Mr Okiye.

However, three of Mr Okiye’s nine supporters, including the deputy speaker of the assembly, Yekini Idiaye, later joined the 14 lawmakers to make a total 17 against Mr Obaseki’s re-election plan.

Mr Idiaye, after his defection, was controversially impeached by the remaining six lawmakers and Mr Okiye.

The embattled speaker was among the seven pro-Obaseki lawmakers who controversially impeached Mr Idiaye on Wednesday, two days after he declared his support for the APC governorship candidate, Osagie Ize-Iyamu.

Mr Okiye, in a phone interview with PREMIUM TIMES earlier on Thursday, accused Mr Oshiomhole and some governors of the party of queuing behind Mr Idiaye “to commit an illegal act.”

However, according to the Punch newspaper report, Mr Okiye has now been impeached by the 17 lawmakers and replaced with Victor Edoror, a representative of Central constituency, while Emmanuel Agbaje of Akoko Edo Constituency II was announced as the new deputy speaker of the assembly.

Before the impeachment, the 14 lawmakers who were not inaugurated since last year were inaugurated by their three colleagues.

It is yet uncertain how this impeachment will play out as it was done outside the assembly complex and without the assembly’s mace, the symbol of authority of the parliament.

Efforts to contact Vincent Uwaidia and Christopher Okaeben, two of the newly inaugurated lawmakers, were unsuccessful as they did not return calls to their phones. 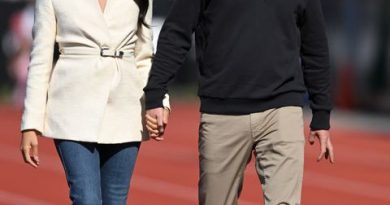 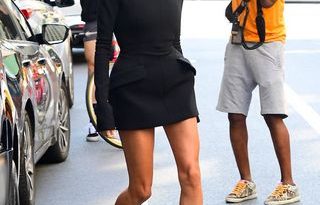 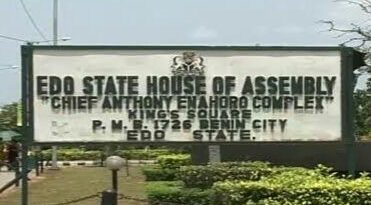