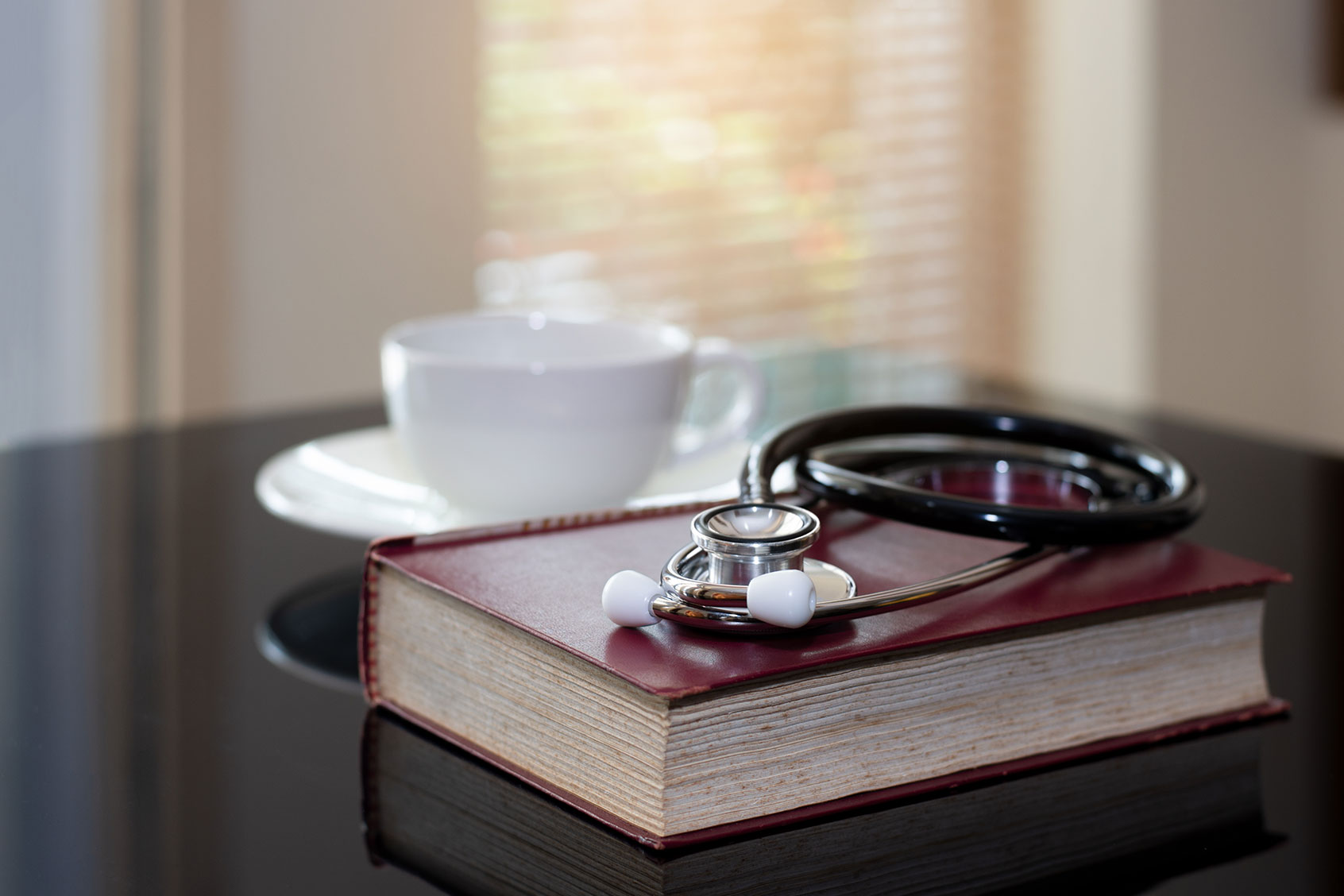 My whole life I was intimidated by doctors. So when I recently launched a series of private remote writing and publishing courses, I was stunned to find among my students several physicians, the same profession as my father.  During the pandemic, I wound up teaching a nephrologist, neurologist, internist, neonatologist, pediatrician, several psychiatrists and gynecologists — all who aspired to be authors too. Whenever someone mentioned their medical background, I’d think: I have to call Dad to tell him. Each time it crushed me to remember I couldn’t.

Reared in a big Michigan family with three brilliant loud science brain brothers, I’d always felt left out by their Disease Game at dinner, where Dad threw out cases for my siblings to diagnose.

I was freaked out by bees in jars in the refrigerator, pet rats and the calves’ esophagus dissected in the kitchen sink. Our house was their laboratory. I’d eat alone upstairs, homesick in my own room.

RELATED: Why my father fasted on Yom Kippur: On survival, memory, and the power of a family story

Having grown up poor on the Lower East Side, getting to study medicine was Dad’s American dream. So of course he was encouraged the boys followed in his footsteps. But my conservative father disdained my liberalism, confessional poetry about my addictions and screwy relationships, and focus on creative writing. Flunking biology and chemistry, I learned my literary aspirations shamed him.

“Gonna sell your poems on the subway?” he asked. “Stop running naked through the streets.”

I argued against his red-state politics. Until the summer I turned 16 and worked at his Detroit office where I uncovered a secret file of medical charts of long-term low-income patients he treated for free. My dad was more complex than I thought. When I asked about it, he replied, “Mind your own business,” but I didn’t really have one. Each field I tried, I failed.

After grad school, my magazine job salary was $200 a week. Four years later, still an assistant, I quit. Not funny enough to be a stand-up comic or sit-down humorist, I did piecemeal assignments about being a single working girl for women’s magazines. As my brothers settled down, had kids and made a good living, my folks sniffed that I was “freelance everything,” fueling my career inferiority complex. At 33, my first teaching gig came with a miraculous equation: I showed up, they paid me.

When I was 35, he was thrilled to walk me down the aisle, partly because my husband’s work had a better healthcare plan.

“To stay healthy, avoid all doctors, hospitals and medicine,” Dad told me, only half-joking. Needle-phobic, squeamish and scared of invasive procedures, I avoided tests, checkups and surgeries. I was lucky to be hale and have access to free advice; my father and I got along best when I had a physical problem he could fix over the phone.

I eventually found an Orthodox Jewish ophthalmologist who shared his idea for a thriller where the microfiche was hidden in the Hasidic spy’s eye. The endodontist I went to for an emergency root canal was a fellow Bob Dylan fanatic who let me blast “Blood on the Tracks” on his iPod which — on laughing gas — I sang along to loudly to drown out the drill. The radiologist who did my sonograms penned an op-ed, “Why Mammograms Matter,” that landed her on the “Today” show that we discussed at length. I picked an OB-GYN who published bestsellers on women’s health. I found it mercifully distracting when he’d talk about his book deals while  examining me.

“You’re humiliating me and your mother,” he snapped.

By day I kept struggling with my own literary projects. At 43, I was overjoyed that Random House published my humorous memoirs about my past screwed-up relationships and addictions. My father wasn’t so joyful. “You’re humiliating me and your mother,” he snapped.

“He isn’t your audience,” my therapist consoled, suggesting I tell Dad he could be proud of my accomplishment without loving my book. When he and my mother flew to New York for my launch party, my relatives asked, “How are you holding up?” as if they were sitting shiva.

To undercut the hurt, I tried counterphobic humor. I joked in my bio that I was the author of books my family detested and  told my classes, “The first piece you write that your parents hate means you’ve found your voice.” Although I made a niche helping students see print, my father still trashed my bylines. However, he praised me for being a good teacher, wife, and aunt to his five grandkids.

“He’s proud of me for the wrong things,” I told my therapist.

“Just be happy he’s proud of you for something,” he replied.

But Dad and I had common ground: we were both workaholics. It wasn’t until his heart attack at 80 that he was forced to quit the full-time job he’d had for half a century. He was sad to retire. Visiting my parents for a week, I took a stack of essays to grade from a seminar I’d given where  my students paid $150 per piece. Dad was marking papers too. The state of Michigan sent him medical cases to evaluate how long the patient required hospitalization, paying $150 each. I liked the connection, as if I’d inherited his critical faculties.

“Shapiros could have a controversial opinion over a shoelace,” a  friend joked.

“It took me too long for me to make a decent living, screwing up jobs because of my bullheadedness and big mouth.”

At 85, when my father was admitted to his former hospital with heart and kidney failure, we had a rare afternoon alone.  Sitting by his bed, I confessed to feeling inadequate for not giving him grandchildren and taking so long to figure out my finances.

“I have a lot of regrets,” he said. “It took me too long for me to make a decent living, screwing up jobs because of my bullheadedness and big mouth.”

They were traits we’d shared, though I thought I was the only late bloomer in our family.

I was nervous when his physician Olaf emailed me, but it wasn’t bad news. “Your dad says you’re an acclaimed author and professor who helps people publish. Could you help me?”  he asked.

“What did you tell Olaf about me?” I questioned Dad that night over the phone, still surprised.

“That you stuck to your guns and became a success,” he said.

“Why didn’t you ever tell me that?”

“I’m telling you now,” he said, pleased when I helped Olaf publish his first magazine piece. 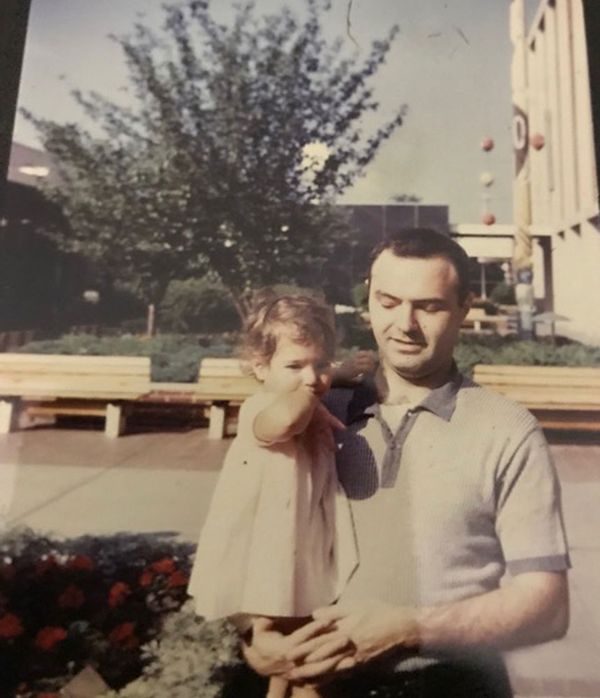 Telling Dad how many students enrolled in the  classes I’d launched in my home, he was impressed with my new business acumen, saying “Who would have thought you’d be a Brownstein?”

“What does that mean?” I asked Mom.

“It’s a compliment,” she explained. “The Brownsteins were the branch of his family who were good at business. The Shapiro side wasn’t.”

His favorite story was eradicating a syphilis outbreak in St. Louis in the 1960s by giving out free beers at a bar to anyone who’d get the penicillin shot.

After losing my father four years ago, I was bereft. To feel closer to him, I reread over all our emails where he was my health proxy. When I tried to worm out of getting a needle biopsy after a breast cancer scare, he wrote, “Stupid is as stupid does … Steve Jobs decided to treat his pancreatic tumor with fruit juice and yoga.  Denial is very common in intelligent people and can lead to disasters.” He was scanned my test results, which came back benign.

Another time, I sent him a picture of the bunion on my right foot and he’d replied, “Cure’s worse than the disease. So your toe’s not going to Hollywood.”

Fascinated by infectious diseases, his favorite story was eradicating a syphilis outbreak in St. Louis in the 1960s by giving out free beers at a bar to anyone who’d get the penicillin shot. I wondered what he’d make of the pandemic, and all the physicians suddenly in my cyber student body.

Hilariously, those with medical degrees were the most likely to screw up — ignoring rules and protocols, along with my boundaries, emailing me 24/7, sending in homework a week too soon, cc’ing me on rude follow-ups to editors.

“I’ve had no response from you regarding my article submitted Monday,” an OB-GYN from the Midwest impatiently emailed an editor  days later, as if she was a nurse not following his orders.

“Chill out a little,” I replied, suggesting he read the info I’d already shared about best  time and ways to follow up. “You think your great expertise in one arena automatically transfers to another field, but it doesn’t,” I told the doctor, realizing he was just a few years younger than my father.

“Wow thanks. How did you know that?” he emailed back with a smile emoji.

“You remind me of someone,” I told him, wondering if I was forever locked in a struggle to find common language with my late paternal figure.

I’d learned The Disease Game after all – in my own realm where I had a chance at winning.

“I believe I came to the right place,” the gyno told me.

I was happy he slowed down, did it right and nailed it. He sold his piece to a top newspaper.

Several students referred to me as the “writing doctor” who’d “saved” their work. Of course, my field would never be as important as saving lives. But maybe I’d been emulating my father all along. Reading what someone wrote, I’d “diagnose” the problem and offer a prescription for how to fix it.  I’d learned The Disease Game after all – in my own realm where I had a chance at winning.

I wish Dad were here so I could share the latest stories by my physician students. But in a way, he still is, as I channel everything he taught me about hard work, brutally honest feedback and never giving up doing what you love.  Recalling that he treated patients in need without insurance who couldn’t pay him, I let former pupils having a rough time study with me for free, in his honor, trying to heal the world in my own small way, with all the strength that he gave me.

Kate Middleton and Prince William Were Reportedly ‘Relieved’ Meghan and Harry Left the U.K. After ‘Drama’