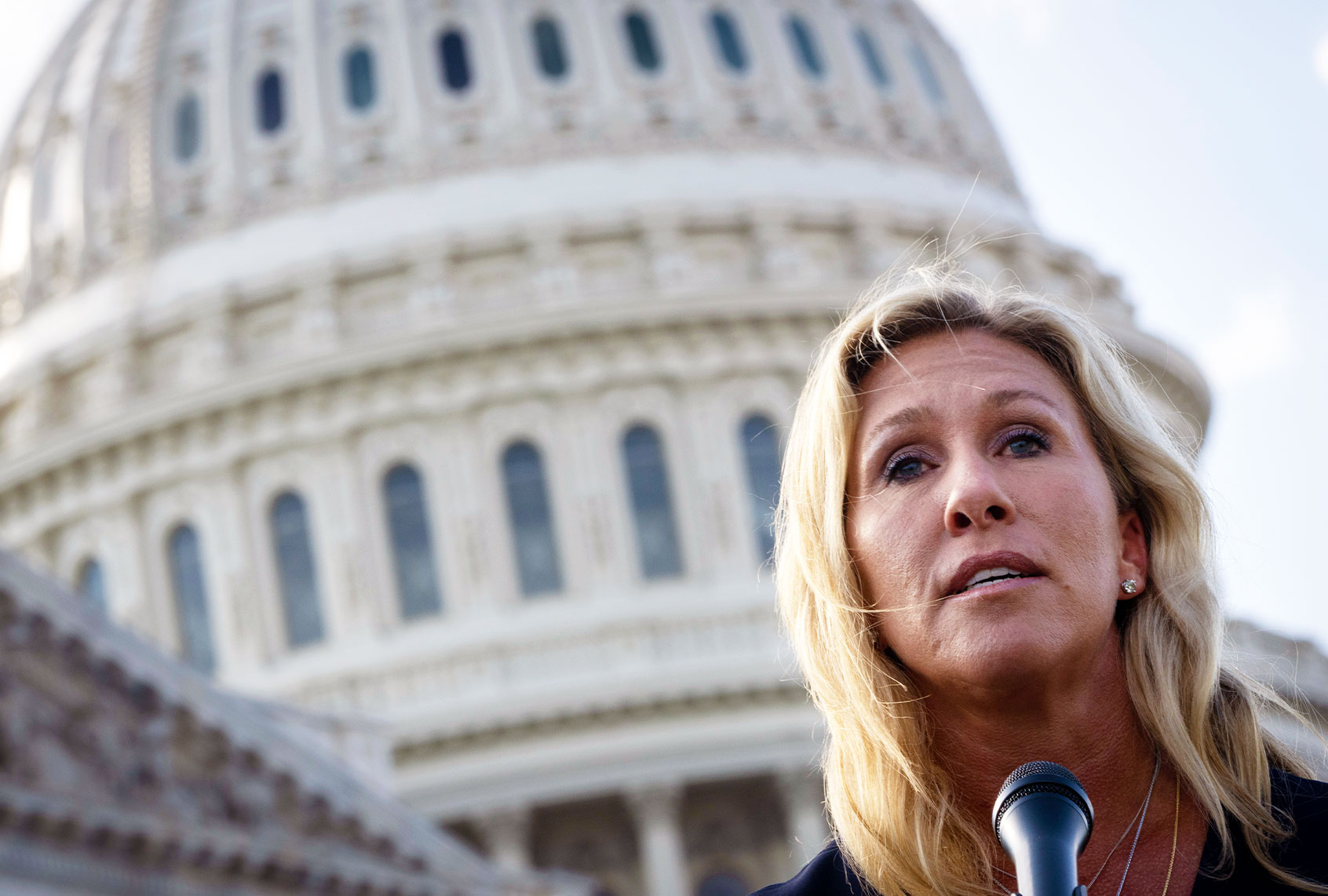 In a floor speech, Greene said that she was prompted to file articles of impeachment because of “his disgraceful actions having to do with Afghanistan.”

According to the Georgia Republican, Biden is guilty of treason because he gave “aid and comfort to the enemies.”

Greene also pointed to the “security crisis created at our southern border, which today is actually being invaded.”

The lawmaker then veered into a rant about abortion.

“But heading into this week, perhaps the most evil and disgusting thing that is going to happen in this 117th Congress is the bill that’s going to be introduced that makes it a federal law to allow abortion up until the day of birth,” she complained. “This wall [in the House chamber] says ‘In God We Trust’ and if that is the case then this Congress will reject this evil bill and protect the innocent unborn.”

Greene added: “If this nation becomes a nation where we have such a federal law that can kill a baby up until the day of birth then God will no longer provide protection and his grace over America.”