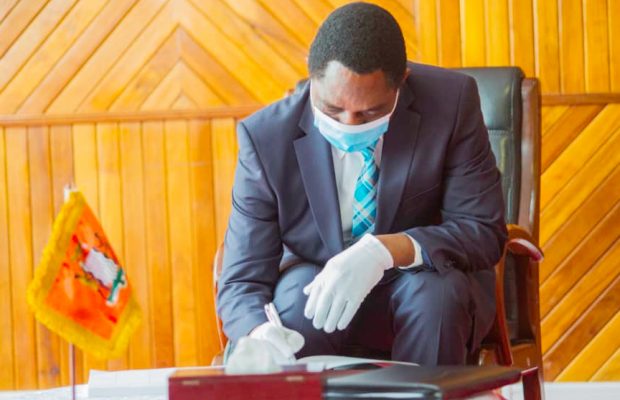 PRESIDENT Hakainde Hichilema says his new dawn administration would not tolerate transgressions bordering on ministers engaging themselves into procurement activities, and consequently inflating costs of procured goods and services.

“There’ll be no tolerance – zero tolerance levels – to such transgressions. Why? Because the people voted for us to give them water. And we’ve taken water away from them; then you walk in the morning, you sit in your chair you’re a minister and say, ‘oh, I’m doing very well! No sir, no madam; no! Not at all!” said President Hichilema. “Let’s save money. The savings we’ll place them in the youth empowerment opportunities so [that] they can employ themselves.”

According to Sabbath M Uromi, “Public procurement means an acquisition, whether under formal contract or otherwise, of works, Supplies and services by public bodies using publicly sourced finances. It involves the purchasing, hiring or obtaining by any contractual means of publicly needed goods, construction works and services by the public sector. It also includes situations in which public funds are mobilized to Procure works, goods and services even if the government does not get directly involved (Tanzania procurement policy term, 2012). Public procurement is also the acquisition of goods and or services at the best possible cost of ownership, in the right quantity and quality at the right time, in the right place, for the direct benefit or use of government, corporation or individuals, generally via a contract.”

It’s encouraging that Hakainde is targeting cleaning up our public procurement system.

This is one sector that has led to the bleeding of our national coffers.

A lot of so-called businessmen in Zambia have been relying on public tenders to fatten their pockets – bank accounts. We have seen in the past how characters jumped from a losing political party to a new government all because of public tenders. Tenderpreneurs have survived and became instant millionaires because of corruption in public procurement. Government has lost colossal sums through inflated tenders. And public officers have equally enriched themselves through abuse of the public procurement system.

It’s time the mess is stopped.

Those involved in procurement must be reminded of Noam Chomsky warning that, “You are responsible for the predictable consequences of your actions.”

As noted by Journal of Transport and Supply Chain Management 2012, “public procurement is increasingly recognised as a profession that plays a key role in the successful management of public resources, and a number of countries have become increasingly aware of the significance of procurement as an area vulnerable to mismanagement and corruption and have thus made an effort to integrate procurement into a more strategic view of government efforts. As part of the efforts to adopt a long- term and strategic view of their procurement needs and management, most countries have resorted to using their annual procurement plans as a possible problem solver”.

For years, public procurement has been a money spinner for many light-fingered government officials and those aligned to the government. So, any pledge, especially from the presidency, to seal any loopholes in public procurement is enlightening. People must not shadily own mansions and other huge automobiles, because of benefiting from a leaking or skewed public procurement system.