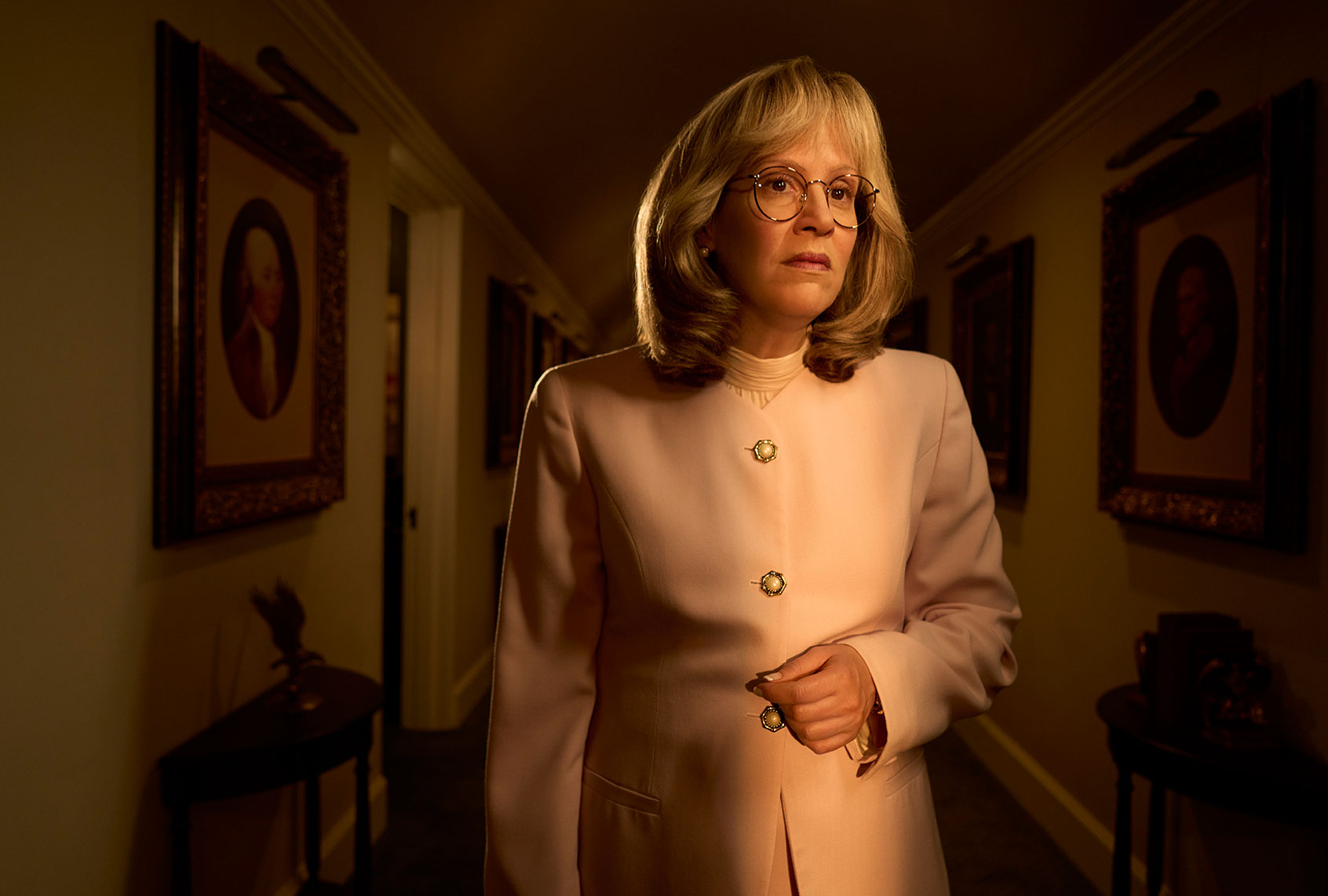 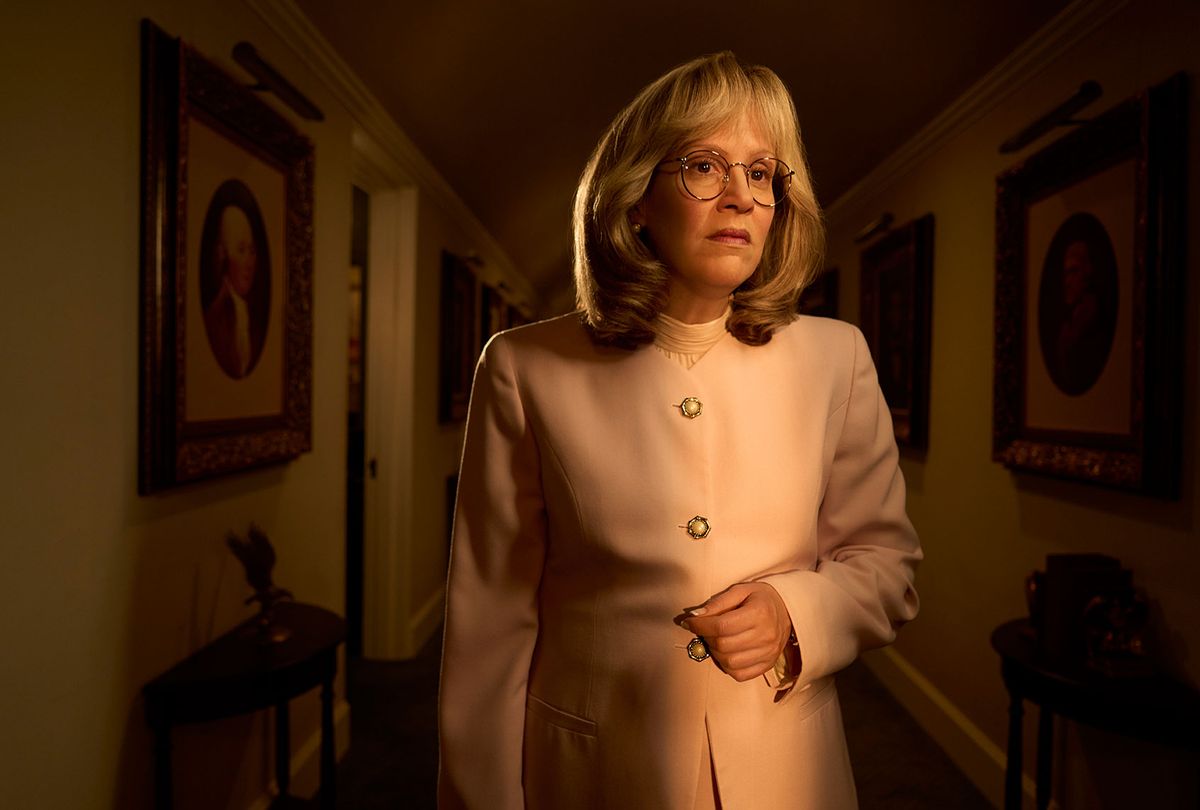 “Impeachment: American Crime Story” is more than just a rehashing of Monica Lewinsky’s well-known relationship with former president Bill Clinton and its fallout. The FX drama is a story of women denied power, and the ways they’re compelled to harm each other to achieve some semblance of relevance. Unfortunately, the show ends up denying power to a particular group of people just in the way it portrays Linda Tripp.

Because this is a Ryan Murphy project, Sarah Paulson is required to play a key role. Here she portrays Tripp, the civil servant who became a close confidante to Monica Lewinsky (Beanie Feldstein) before betraying her. The role required Paulson to don prosthetics, a wig and . . . a fat suit.

That last detail has earned the series a certain amount of scrutiny and backlash. For decades, fat suits have allowed thin, privileged actors to perform fatness as a costume, intentionally or unintentionally mocking fat people in the process and taking roles from fat actors in a sizeist industry that offers them few opportunities. “Impeachment” is no different.

In August, prior to the show’s premiere, Paulson expressed regret for wearing a fat suit to portray Tripp. “It’s very hard for me to talk about this without feeling like I’m making excuses,” Paulson told the Los Angeles Times. “There’s a lot of controversy around actors and fat suits, and I think that controversy is a legitimate one. I think fatphobia is real. I think to pretend otherwise causes further harm.”

She also told the paper she wouldn’t make the same choice to wear a fat suit going forward.  “You can only learn what you learn when you learn it. Should I have known? Abso-f**king-lutely. But I do now,” Paulson said.

The criticism of Paulson’s use of a fat suit isn’t new. Courteney Cox’s portrayal of a young, fat and therefore supposedly undesirable Monica Geller on “Friends” may be the most iconic, well-known performance involving a fat suit. Of course, the the main message conveyed by the backstory of a young, fat Monica was that beneath her plus-sized exterior, she was deserving of love, and just had to lose the weight to receive it — which she did, after being motivated by rejection from her brother’s friend Chandler (Matthew Perry). It should be self-explanatory why such a message is toxic, dangerous and false, in suggesting that potentially endangering oneself and losing weight at any cost is necessary to find love and acceptance.

Yet, despite excuses that “Friends” was a product of its times in the less evolved 1990s, fat suits have persisted. On “How I Met Your Mother,” a 2000s sitcom that’s been widely accused of drawing from the entire premise of “Friends,” Neil Patrick Harris as beloved playboy Barney Stinson at one point dons a fat suit, making the character’s weight gain a punchline. This costume choice is meant to represent how much Barney has “let himself go” in his unhappy relationship with Robin Scherbatsky (Cobie Smulders). As in “Friends,” the insinuation here is that fatness is a joke — and specific to “How I Met Your Mother,” a depressing “joke” that signals someone has given up on their life.

In 2001’s “Shallow Hall,” Jack Black plays a superficial dude who is hypnotized to see women’s inner beauty. When he meets Rosemary (Gwyneth Paltrow in a fat suit), he sees her as slender. A few years later, in 2005’s “Just Friends,” Ryan Reynolds donned a fat suit to play his character when he was an unpopular high school student who was laughed at for confessing his crush. In both instances, thinness is equated with beauty and happiness.

The use of a fat suit by Chris Hemsworth in “Endgame” follows the same motivations as in “How I Met Your Mother.” When “Depressed Thor” first appears to uproarious shock and laughter from in-theater audiences in 2019, he’s understandably traumatized by the loss of his brother, some of his closest companions, and half of his kingdom, Asgard. But his depression and body size are reduced to much-needed comedic relief in the suspenseful and emotional “Endgame” thrillride.

All of these examples reveal that fatness remains a costume in Hollywood. This, of course, is despite having no shortage of talented plus-size actors, who aren’t be offered the roles that remain exclusively reserved for actors who meet Hollywood’s impossibly thin beauty standards. Even as the conversations around body acceptance and positivity have advanced – and representation of people of all body sizes has increased through the years with shows like “Shrill,” “This Is Us,” and others – fat suits are the one thing Hollywood refuses to shake.

“Impeachment” is clearly conscious of rampant American fatphobia and pressures to be thin, especially in the 1990s. The series makes a point to show Lewinsky and Tripp frequently bonding over their experimentation with varying weight loss regimens and trends. The show opens with Monica exercising furiously at the gym, just before being apprehended at the mall.

The casting of Beanie Feldstein, a heavier, notably not rail-thin actress who’s vocally criticized the ways society conflates “thinness with goodness,” as Monica Lewinsky shows that “Impeachment” cast Paulson despite clearly knowing better. Just as Feldstein delivers a brilliant, unrepentantly human portrayal of one of the most maligned women in modern American history, a fat or plus-size actor could have made for a brilliant Linda Tripp, too.

The representational disappointments of “Impeachment” are especially frustrating, considering how much the show gets right. Through its nuanced storytelling of gendered power dynamics and political intrigue, Linda Tripp emerges as a three-dimensional person beyond the vile, treacherous, even sexually perverted caricature of her that we’ve long been fed. She remains a power-thirsty gossip who plays a not-insignificant role in ruining a young Monica Lewinsky’s life. But she’s also been betrayed and slighted herself, all while struggling with loneliness, boredom, professional disappointment, and the challenges of being a single mom to teenage children.

Sarah Paulson is a brilliant actor — yet, if it was so important for “Impeachment” to portray Linda Tripp with this body type, it’s clear Paulson wasn’t the right fit. As the twisty, melodramatic thrills of “Impeachment” continue, a fat suit-clad Paulson hangs like a dark cloud over its otherwise commendable feminist overtures.

The CW’s new Superman series takes on corporate America, which is as unexciting as that sounds

The irony of how we use the word “irony”

Residents of Odumase and Diawuoso in the Obuasi East District have heaped praises on their Member of Parliament Dr. Patrick