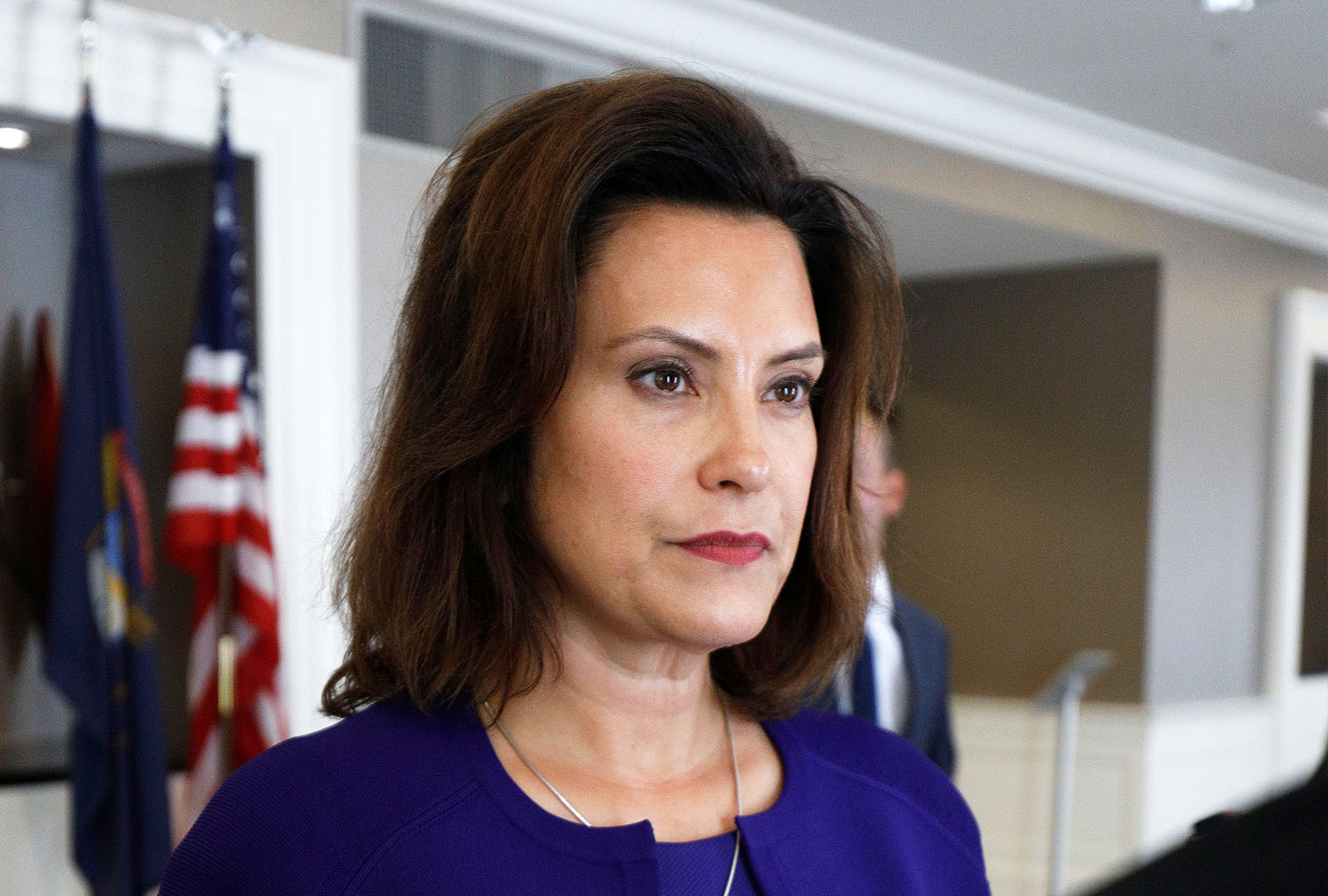 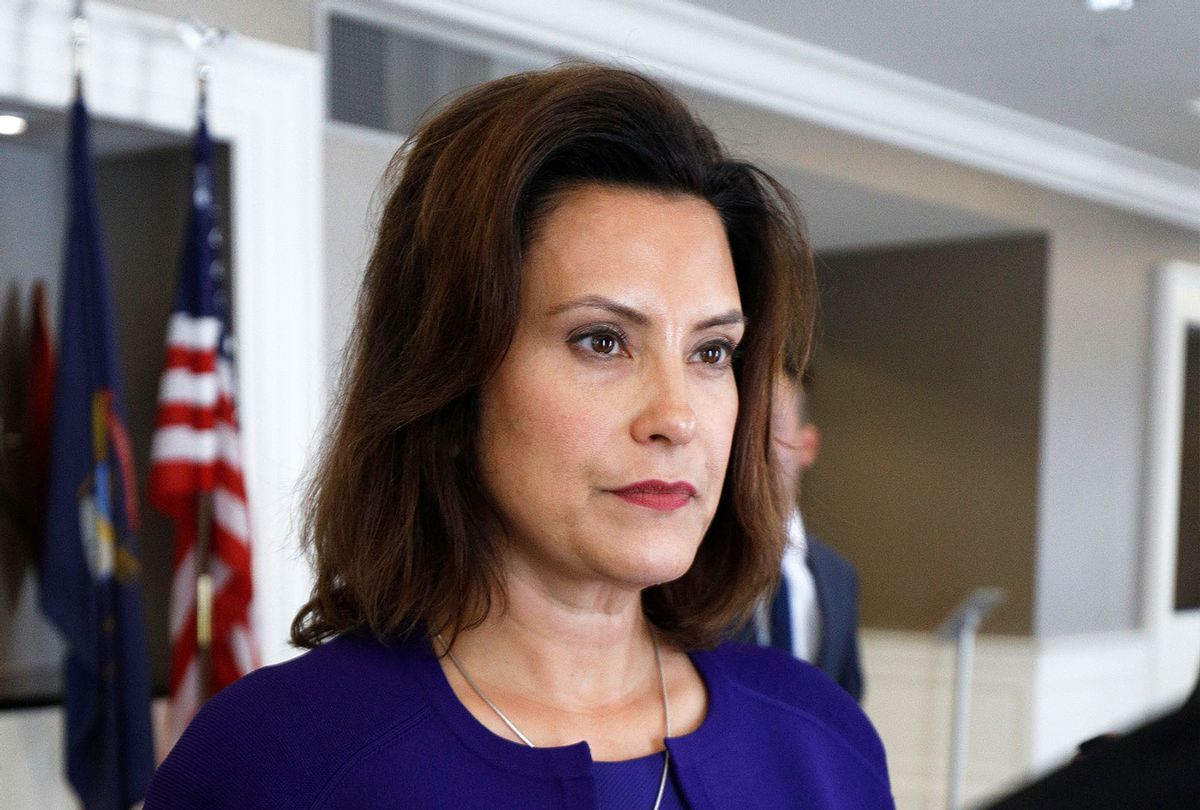 A Republican-backed group launched a petition drive last week to create tougher voting laws in a scheme to get around Democratic Gov. Gretchen Whitmer’s veto of Republican voting proposals.

The “Secure MI Vote” committee filed a proposed petition with the secretary of state’s office that would tighten the state’s voter ID law, ban the state from sending absentee ballot applications unless they are expressly requested, and bar outside groups from helping to fund elections.

The petition comes after Republican lawmakers in May introduced a 39-bill package to change a variety of voting laws in the wake of former President Donald Trump’s baseless post-election crusade. The Republican-led state Senate Oversight Committee released a report in June that found “no evidence of widespread or systemic fraud” and severely criticized conservatives who have tried to cash in on the lies. That hasn’t stopped many Republican legislators from continuing to push for new voting restrictions.

Whitmer has vowed to veto the restrictions, which are among more than 400 proposed by Republicans across the country this year. But under a peculiar provision of Michigan’s state constitution, Republican organizers can get around Whitmer’s veto by collecting at least 340,047 valid signatures to send the initiative to the state legislature rather than put it on the ballot for voters to decide. If the measure passes the Republican-controlled legislature after that — as it surely would — Whitmer would have no power to veto it.

Democrats cried foul over the scheme, accusing Republicans of dipping into their “playbook of losing, lying, and attempting to cheat their way into office.”

“Michigan Republicans will try every trick in the book to confuse and intimidate voters,” Michigan Democratic Party Chairwoman Lavora Barnes said in a statement. “They want fewer people to vote because they just discovered what we have always known, when people vote, Democrats win. That is what this ballot proposal is all about, creating barriers to voting so fewer people have access to the polls.”

State Rep. Matt Koleszar, the Democratic vice chair of the House Elections Committee, said that the Republican playbook “reads more and more like it was written by a Disney villain.”

“Republicans have created a voter-fraud boogeyman to justify their voter suppression efforts, and they continue to feed it lies,” Koleszar said in a statement. “We already have voter ID laws that we know work, and any attempt that casts doubt on that fact only further undermines faith in our election system. If we continue to let the Big Lie grind away at our institutions, strip away our freedoms and divide us as a people, we’ll end up with nothing left.”

Michigan Republican Party chairman Ron Weiser first floated the plan in March while railing against Whitmer, Secretary of State Jocelyn Benson and Attorney General Dana Nessel as “witches” who should be burned at the stake. Senate Republican Leader Mike Shirkey publicly endorsed the plan in July. The “Secure MI Vote” committee is working separately from the state GOP but is led by longtime Republican consultant Jamie Roe and longtime Republican operative Fred Wszolek, who led a similar “Unlock Michigan” petition drive to strip Whitmer of emergency powers she used to enact business restrictions during the pandemic.

“What we are trying to do here is just restore the confidence and the belief in the integrity of the system,” Roe told Bridge Michigan.

Voting rights groups, however, have called the Republican proposals “voter suppression” and warned that the party aims to impose the “most restrictive voter ID law in the entire country.”

The petition includes “particularly egregious” measures that were not included in the original legislative package, including new hurdles to access absentee ballots, said Nancy Wang, executive director of Voters Not Politicians, which organized a 2018 ballot initiative to create an independent redistricting commission.

The state already has a voter ID law, but the petition would eliminate the ability of voters with no photo ID to cast a ballot if they sign an affidavit to confirm their identity. Instead, voters without a photo ID would only be allowed to cast a provisional ballot that would not count unless the voter presents a valid ID at their local clerk’s office within six days of the election. Republicans argue that the tougher voter ID law is intended to prevent fraud, even though their own Senate probe found no evidence of fraud in the 2020 race. Local election clerks have expressed concerns that the proposal would “reduce voter turnout, especially amongst people with lower income and people with disabilities.” The petition includes a $3 million “voter access fund” to provide free state IDs to people facing economic hardship.

Wang said the ID fund was an example of the state trying to “disenfranchise” voters but then helping a “portion of those people to get their rights back.”

“You’re limiting people’s choices, you’re taking away [the affidavit] option, but then you’re saying, ‘Well, we’ll use taxpayer money to make sure that voters have the ability to get this one kind of ID,'” Wang said in an interview.

The petition would also require voters applying for an absentee ballot to provide their driver’s license or state ID number and the last four digits of their Social Security number. Some election clerks have expressed worries that the requirement may deter some people from voting and that requiring voters to mail personal information could open them up to identity theft.

The petition would prevent Benson and her staff from sending absentee ballot applications to every voter, as she did last year. A state court ruled that Benson acted lawfully but Republicans have argued that some applications were incorrectly sent to addresses where voters no longer lived. There has been no evidence of mail ballot fraud in Michigan’s 2020 election, and it is already a crime to fill out another voter’s ballot application.

The petition would also ban “corporate entities” from contributing funds to Michigan’s elections. Democratic and Republican election officials alike in 465 Michigan cities, townships, and counties received “COVID-19 Response” grants from the Chicago-based Center for Tech and Civic Life, which got $400 million in funding from Facebook CEO Mark Zuckerberg. Trump supporters pushed conspiracy theories about Zuckerberg’s contribution, even though there is no evidence the grants were used for political influence, according to Bridge Michigan. Some clerks worry that the proposal would cut off key funding sources that helped them operate amid the pandemic.

Roe, the petition organizer, denied that the initiative has anything to do with Trump.

“I’m not one who’s been out there crying about that the election was stolen — I don’t believe it was — but I do believe that there are people who think that it was just as there are people who thought wrongly after 2016 that that election was stolen,” he told Bridge Michigan. “So, let’s do something common sense that restores confidence in the system and empowers our clerks to do it right.”

While the effort is likely to yield enough signatures and Republicans are expected to adopt the proposals, it is unclear whether it can be approved by the 2022 election, when Whitmer, Benson and Nessel will all be up for re-election. Because state Senate Republicans do not have the two-thirds supermajority needed to immediately enact the initiative, organizers will have to collect all the requisite signatures and complete the state review before the end of 2021 for the changes to be enacted next year.

“Getting it done by the end of the year is a very daunting hurdle,” Roe told Bridge Michigan. “But you never know. We’ll see what the reaction is. We’re very very excited about the opportunity to get it rolled out and to get people fired up.”

Wang, who has experience with organizing petition drives, said she expects the group to rely on paid petition gatherers, but raised concerns about the signature-gathering process after the Unlock Michigan effort came under fire for its tactics. A company collecting signatures for the petition coached paid petition gatherers to give voters false information, illegally collect signatures without witnessing them, trespass on private property and lie under oath, according to a surreptitious video obtained by the Detroit Free Press.

“Given what we’ve seen as part of the national voter suppression campaign, what’s playing out in all these different states like Michigan,” Wang said, “the plan of these extreme politicians is to affect the outcome of the 2024 election.”

Why we need to calm down – Femi Adesina

Anthropologist Caleb Everett and former student Sihan Chen used a novel data analysis of thousands of languages, in addition to