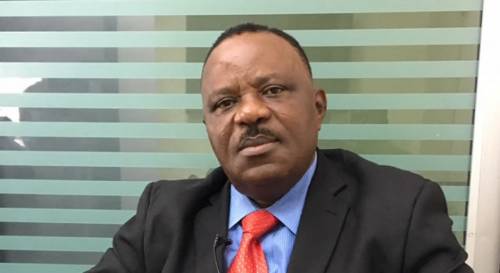 It is a rude awaking to learn the coldblooded murder of Felix Olajide Sowore, the younger brother of Omoyele Sowore, the Nigeria’s frontline democracy activist, anticorruption crusader, and the presidential candidate in the 2019 elections. This dimension of terrorism under President Muhammadu Buhari is a redux to the Abacha regime where families of political opponents were targeted at will.

To rub salt into the open injury, Buhari’s Minister of State for Labour and Employment, Festus Keyamo (SAN), claimed that they “would be pressurising the law-enforcement agents to track down these killers without delay and bring them to justice.”

This is impunity gone too far. Who is fooling who? How can they bring to justice known culprits who are generally made unknown by the same government? How many cases and how many unknowns? Which type of unknown killer is the regime referring to this time? The unknown soldier or unknown policeman? The unknown “Foreign” Fulani Herdsmen or the unknown bandits that have become notorious lexicons of the Buhari presidency?

Fellow countrymen and women, Mr. Keyamo and cohorts should look no further. Enough of the deceit! Duplicity has limit.

The truth is that the unknown is well-known. The killer of Felix Olajide Sowore resides in the Buhari temple where Festus Keyamo is a high-ranking priest.

Frankly, it has become very necessary to question Kayemo’s credentials and principle, especially where he parades himself as an ex-human rights lawyer, and Senior Advocate of Nigeria (SAN) for that matter. In short, Chief Abdul-Ganiyu “Gani” Oyesola Fawehinmi would be rolling in his grave, wondering how on earth he allowed Mr. Festus Kayemo to ever serve in Fawehinmi’s law chamber.

The Gani, we know, would remind Kayemo that the history of “unknown” murderers in Nigeria dated back to 1977 when “unknown soldiers” were used to storm the residence of Fela Anikulapo Kuti, throwing his aged mother out of a second-floor window. The woman would eventually die from injuries sustained from the terrorist act. The sole purpose of the invasion was to silence Fela Kuti, who was at the time the fiercest critic of the government headed by General Olusegun Obasanjo.

Successive dictators have since adopted the style to kill and maim their political opponents and their families.

The list is long. But Kayemo cannot fathom forgetting the murder of Dele Giwa in 1986, a case the late Gani Fawehinmi fought for and promised to fight even in his grave. A seasoned journalist and editor of Newswatch magazine, Giwa was bold to expose the criminalities under the regime of Ibrahim Babangida. Decades later, despite the sacrifices of Fawehinmi to seek justice for the news editor, Nigerian government is yet to pressure “law-enforcement agents to track down these killers” of Dele.

General Sani Abacha’s regime followed by perfecting the art of serial murders in an attempt to compel M.K.O Abiola to abandon his mandate. One of the victims was no other than Kudirat Abiola, the senior the wife of M.K.O.

These terrorist acts are not mere coincidences. The murders are politically planned and executed.

Yet, the Nigerian history has never recorded a worse political terrorism than the situation being witnessed under the current Buhari regime. Upon gaining power in 2015, General Buhari quickly employed the services of Foreign Fulani Herdsmen, together with “law-enforcement agents” to maraud the country as unknown gunmen, targeting opposing regions and political opponents. Even when and where the terrorists are caught redhandedly, the regime still classifies them as unknown.

One of the many examples is the case of the leader of the secessionist Indigenous People of Biafra (IPOB), Nnamdi Kanu, a well-known Buhari nemesis. The president has constantly deployed unknown members of the armed forces to kill IPOB followers.

An unforgettable instance was when a contingent of Nigerian armed forces invaded Kanu’s country home at the middle of night in 2017, killing innocent citizens. This very terrorist incident subjected Kanu’s parents to all manners of post-traumatic stress disorder, which eventually claimed the lives of both the mother and father. The mission, of course, was to cow down IPOB leader from his opposition activities.

A more recent state-sponsored terrorist activity against the opponents of the Buhari regime took place at the residence of the Yoruba Nation agitator, Sunday Adeniyi Adeyemo, popularly known as Sunday Igboho. Like the style used in terrorizing Nnamdi Kanu, a combination of police and soldiers descended on Igboho’s house at middle of night mid-2021, killing innocent followers.

This unprovoked incident, coupled with the crude abduction of Kanu from Kenya by the Nigerian government, ignited a worldwide outrage. It is true that President Muhammadu Buhari is a slowpoke, clodpole, as well as a goldbrick, but he can still differentiate between day and night. At least, he understood that life does not begin and end in Nigeria. He quickly recognized that his failing health depends on doctors located outside the shores of the country. Thus, a change in tactics for terrorist activities against the president’s political opponents has become imminent.

Enter Sowore. The publisher of the widely circulated Sahara Reporters, Omoyele Sowore, does not need further introduction. A prisoner of conscience, who has remained in captivity in Nigeria since 2019, Sowore has emerged as the thorniest opponent of Buhari regime. Though the terrorist authority has been toying with various forms of untoward plot against the human rights activist, they know not to approach his case like Kanu or Igboho. This explains why General Buhari is toeing the Abacha model by targeting Sowore’s relations.

The objective summary judgment, if it is not already manifest, is that the brutal murder of Felix Olajide Sowore, the younger brother of the publisher of Sahara Reporters, is not a mere coincidence. The police report says it all. The Buhari regime has blood on its hand. Therefore, the Hon. Festus Kayemo has his work cut out for him. If the SAN suffixed after his name does not translate to Senior Advocate of Nonsense, Kayemo should quickly join us to pressurize “the law-enforcement agents to track down” President Muhammadu Buhari without delay and bring him to justice.

Capitol riot: This is terrorism, Trump has to be impeached, say 37 lawmakers, Lady Gaga 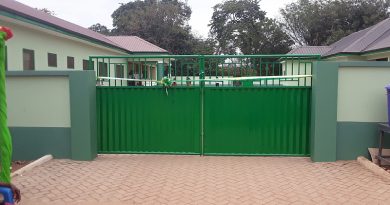