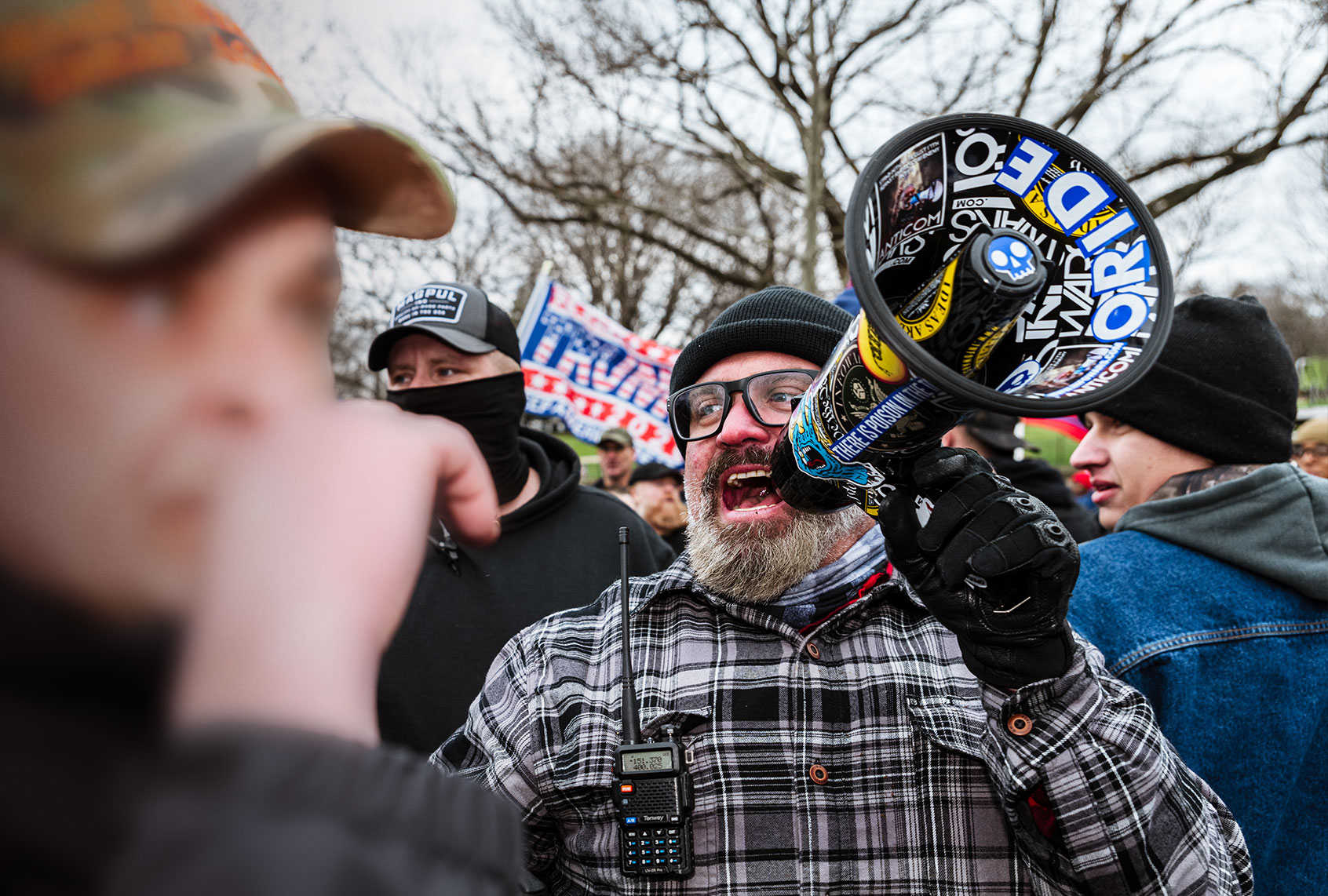 There is a civil war brewing within the Republican Party in Nevada. According to The Las Vegas Sun, tensions began to rise when members of the Clark County Republican Party (CCRP) expressed concern about the state party’s director Michael McDonald who is accused of recruiting members of the far-right group The Proud Boys to run for public office.

The move was reportedly an effort to increase the extremist presence in the state’s political party. On July 20, CCRP members held a meeting to select officers. However, that meeting was interrupted when individuals affiliated with The Proud Boys crashed it. The publication offered a clear depiction of how the scene erupted.

“It was an ugly scene with echoes of the Jan. 6 riot, except instead of Big Lie insurrectionists trying to take over the Capitol, they were trying to bully their way into a takeover of the county party’s moderate leadership,” the publication noted.

It added, “Egged on by the Proud Boy members, the crowd broke into angry chants of ‘Stop the steal’ and ‘Let us in.’ Security officers had to face down crowd members rushing the meeting room entrance before a small army of Metro officers arrived to quell the situation and break up the crowd.”

The latest news follows the CCRP’s previous cancellation of a meeting due to fears of a Proud Boys insurgency. Back in May, The Daily Beast reported about the far-right extremist group’s targeting of the CCRP. At the time, Stephen Sliberkraus, the CCRP vice chair, spoke during a press conference where he highlighted concerns about neo-Nazi content from the far-right group.

“Members of this group have launched online attacks against some of our female elected officials including a district court judge, a school board trustee, a state senator, and our secretary of state,” Sliberkraus said. “The Proud Boys call themselves ‘proud chauvinists’ and by their actions, demonstrate an intent to target women and minorities in positions of authority.”

COVID-19:UNIBEN directs compulsory use of face masks in campus

Amanfrom, a farming community in the Asutifi South District of the Ahafo Region was thrown into a state of mourning,