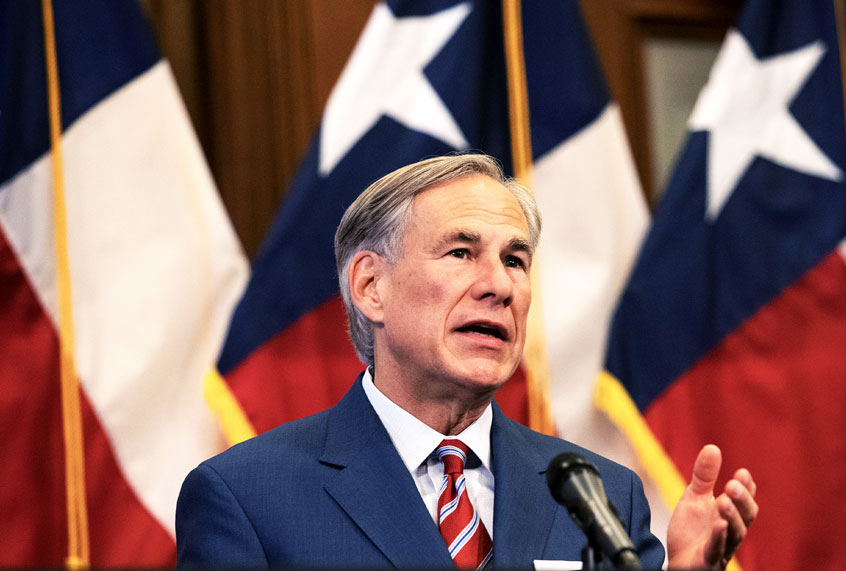 Texas Gov. Greg Abbott ordered state troopers on Wednesday to begin pulling over vehicles whose drivers are transporting migrants who pose a risk of carrying COVID-19, escalating his hardline approach on immigrants and eliciting outrage from advocates calling the order a ticket to racial profiling.

The executive order allows Texas Department of Public Safety troopers to reroute those vehicles back to their origin point or a port of entry, or seize the vehicles if the driver does not comply.

Abbott said in a statement that his order “will reduce the risk of COVID-19 exposure in our communities,” though the governor will not allow local government officials to issue mask mandates even as coronavirus infections are again increasing across the state.

The order comes as officials in Laredo and Hidalgo County have grown frustrated with migrants being released from Border Patrol custody, saying that they may be spreading COVID-19 in their communities.

Advocates and immigration attorneys criticized Abbott saying this order will create more chaos for shelters that assist migrants get to their final destinations. Some of those shelters have already hit capacity in recent days.

Currently, the Biden administration is immediately turning back many migrants under Title 42, which allows agents to make migrants return to Mexico because of the risk of spreading COVID-19. This practice began under the Trump administration.

The governor’s office did not respond to emailed questions about how troopers would implement this order.

Rachael Pierce, a DPS spokesperson, also didn’t answer the questions, but said in a statement that DPS “is committed to securing our border under the direction of Governor Greg Abbott and through the Executive Orders applicable to DPS.”

“While the department does not discuss operational specifics, we will continue to monitor the situation at the border to make real-time decisions and adjust operations as necessary,” Pierce said.

Kate Lincoln-Goldfinch, an immigration attorney in Austin, said the order could be legally challenged because “how would DPS accomplish this task without racial profiling?”

“If it is followed to the letter, it’s going to violate someone’s rights,” she said.

Dani Marrero Hi, director of advocacy for La Unión del Pueblo Entero, an advocacy group, said it is hypocritical of Abbott to issue this order because he has not allowed counties to mandate COVID-related policies that could help mitigate the spread of the virus.

“For an area like the Rio Grande Valley, where I think a lot of people already experienced kind of racial profiling from cops, and we have local law enforcement collaborating with Border Patrol, this is just gonna have a catastrophic impact,” she said.

Border Patrol officials release some migrants to shelters where they stay temporarily until they can get a bus ride or a plane ticket to their families in the U.S. If Border Patrol agents release migrants, it usually means they can stay in the country as their legal cases are pending.

With this order, advocates fear that volunteers helping migrants get to their final destination would be targeted by state troopers.

“That’s unheard of and it’s blatantly unconstitutional,” said Aaron Reichlin-Melnick, an analyst with the American Immigration Council, a Washington, D.C., group that advocates for immigrants.

“This threatens and disrupts months of coordination” from groups helping migrant families not get stuck in border communities, he said.

In the Rio Grande Valley, where many of the migrants are attempting to cross, some officials have grown frustrated with immigrants being released from Border Patrol custody into shelters because they fear it could spread COVID-19 and its delta variant.

Last week, the city of Laredo sued the U.S. Department of Homeland Security, demanding the federal government stop transferring migrants to Laredo because of the risk of spreading COVID-19.

On Tuesday, Hidalgo County Judge Richard F. Cortez criticized both the state and the federal government for the handling of COVID-19 and migrants wanting to come into the U.S.

“I call on federal immigration officials to stop releasing infected migrants into our community and I am further calling on Governor Abbott to return to Hidalgo County the safety tools he took away that would help us slow the spread of this disease,” Cortez said in a statement.

Kate Huddleston, an attorney for the American Civil Liberties Union of Texas, said in a statement that Abbott’s order “continues a long, racist history of placing blame for the spread of disease onto immigrants and communities at the border.”

“There is no reason for the governor to halt travel in the state of Texas other than to terrorize these communities and distract from his own leadership failures,” she added.

This article originally appeared in The Texas Tribune at https://www.texastribune.org/2021/07/28/greg-abbott-texas-migrants-covid-19/.

The Texas Tribune is a member-supported, nonpartisan newsroom informing and engaging Texans on state politics and policy. Learn more at texastribune.org. 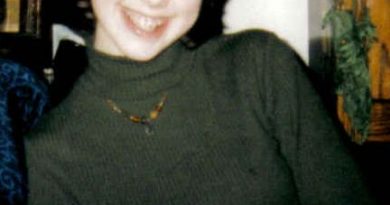 My Husband Thought I Was a Virgin When We Got Married. I’m Not So Sure.

In defense of Fox News: What Democrats miss by shunning the right’s favorite news channel

McConnell wants corporate immunity from COVID-19 suits: “No consequences for negligence that kills”

A/R: Just as we did to Mahama in 2016, We’ll kick out NPP over unpaid legacy arrears — Aggrieved teachers