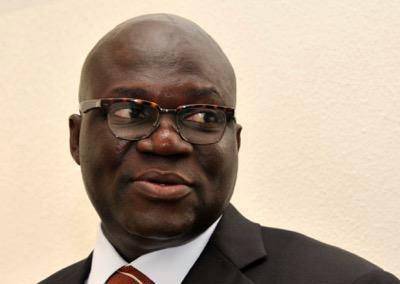 Mr. Reuben Abati loves money, and you will see the evidence before the end of this essay. His recent attempt to link the struggles of the members of the Indigenous People of Biafra (IPOB) for self-determination to drug trafficking should not go unanswered, as people like Mr. Abati are ever ready to carry out the dirty deeds of corrupt and repressive regimes for a dirty sack of money. Additionally, the Ooni of Ife might be exposing himself to grave danger by including Mr. Abati’s name on the list of Yoruba think tank who will negotiate Sunday Igboho’s fate with Buhari’s junta. We will explain this in detail below. This essay is not an attack on Reuben Abati, for he has many vulnerabilities. Rather, it is an expose on a man who rose from humble beginnings to become the prince of brown envelope syndrome in Nigeria. For non-Nigerian readers, brown envelope syndrome is the art of bribing journalists in Nigeria with money, stashed in big brown envelopes, for the purpose of buying their silence and killing their stories.

Before his recent metamorphosis, Mr. Abati was a scrappy journalist at the Guardian newspaper in Nigeria where he wrote ceaselessly on the ills of the Nigerian society. If you read his weekly diatribes before 2014, you would think that this man was so pure and upright that the translucent blood of angels flowed in his veins. His strident, tortured, cacophonic notes reached a dizzying crescendo during the term of President Goodluck Jonathan, whom he savaged daily on the pages of Nigerian newspapers, not because Jonathan was a bad leader, but because Mr. Jonathan hailed from the South-South ethnic minority region of Nigeria. To bigots like Mr. Abati, President Jonathan had no business running the affairs of Nigeria. Thus, Mr. Abati swore that Mr. Jonathan must be disgraced out of office and his wife called unprintable names on the pages of Guardian newspaper. Then one day, President Jonathan, in his quiet manner, threw Mr. Abati a fat, juicy bone that he could not refuse! He invited Mr. Abati into his administration to serve as his special media adviser. That singular masterstroke ended the career of the fire-spitting, restless Abati as a bona fide journalist. In one split second, Mr. Abati went from Jonathan’s greatest attacker to Jonathan’s meek and lowly errand boy as he groveled and salivated at the foot of Jonathan while scurrying around for favors at the presidential palace.

But there was a darker side to Abati’s metamorphosis. In a bid to show Jonathan that he was a faithful servant, he became the brown envelope merchant of the Federal government of Nigeria. He set out with gusto to catch and kill any unpalatable stories about his turncoat era as a sycophantic journalist who has sold out his noble profession! He spent his time distributing money in brown envelopes to members of the Nigerian media who had anything unpalatable to write about him or Jonathan’s government. He even went as far as offering bribes to Nigerian journalists overseas to induce them to write pleasant stories about his role in the administration.

But something more damaging happened to Mr. Abati’s soul. With millions of dollars at his disposal, he became brazenly corrupt. The lion’s share of the money for silencing fellow journalists began to make their way into his wallet. His intellectual sharpness dwindled, his judgement turned erratic, and his ability to write forcefully with great flourish vanished into the winds. He became a Samson without his hair. And he became bitter because deep down he knew that he had sold his intellectual gift for dirty lucre. In his bitterness, he metamorphosed into a Nigerian version of Judas Iscariot and was secretly baying for the blood of his master.

In 2015, Mr. Abati betrayed his master! In a last-minute bid to corral votes from the Southwestern geopolitical region of the country, where Mr. Abati hailed from, President Jonathan gave Mr. Abati the keys to the campaign war chest so he could run the table in the Southwest by setting the famed Yoruba amala politics on the overdrive. This meant that Mr. Abati had the carte blache to buy up all votes in Southwestern Nigeria and sweep Jonathan to a decisive victory. President Jonathan placed all hopes on Mr. Abati to deliver. But Mr. Abati turned on him, pocketed the millions of campaign dollars, and worked secretly with Buhari’s campaign as an embedded spy to deliver a sinister coup de grace on poor President Jonathan. Mr. Jonathan lost the election and Mr. Abati fled Aso Rock with his millions, but never recovered his intellectual edge.

Since 2015, Mr. Abati has been searching for relevance as a journalist, a profession he can no longer grasp, as he had sold his soul to his Fulani master, Buhari. His essays are now infrequent, bland, dull, and unreadable as he has lost his grip on the righteous indignation that propelled him to dizzying heights at the Guardian. Everyone knows that Mr. Abati is living on stolen Nigerian wealth, and people who live on stolen Nigerian money are always restless. But Mr. Abati’s restlessness has risen sharply as his stolen money is now running out and he needs to refill his coffers.

It is possible that the current dictator of Nigeria, Buhari, who used Mr. Abati to scuttle Jonathan’s chances for electoral victory in Southwest has now found a new use for Mr. Abati’s restless soul: employ him as an agent of disinformation against the struggles of the IPOB. But IPOB will match him pen for pen, word for word, paragraph for paragraph, and expose him for what he is: a fraud.

Along the same line, the Ooni of Ife, who recently added Mr. Abati’s name to the list of Yoruba think tank who will meet with the Buhari junta over Mr. Sunday Igboho’s fate, and the future of the greater Yoruba race, should know that Mr. Abati will be wearing a wire at all their meetings and will be transmitting every deliberation at the meeting to Aso Rock in real time! My prediction is that before the end of this year Mr. Abati will deliver the Ooni and the other Yoruba leaders to his Fulani masters on a platter, pocket his dirty millions, and go looking for other paymasters.

In the end, this is sad, short history of Mr. Reuben Abati, a once-gifted journalist, who sold his birthright for a plate of porridge, and now wanders the wilderness like a lost soul, looking for a master that will throw him a fat, bloodstained, fresh, juicy bone! 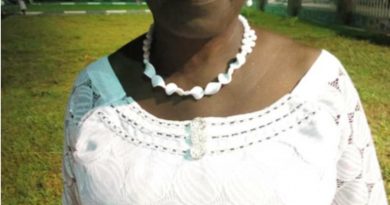