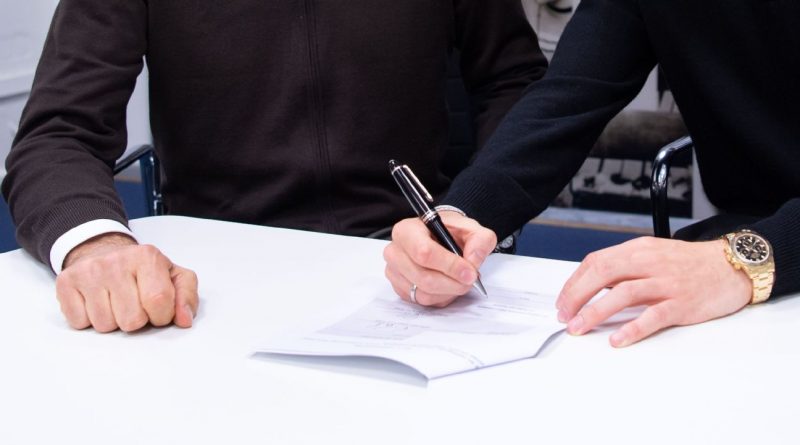 Arsenal are prepared to pay a €40 million transfer fee for Sassuolo‘s Manuel Locatelli despite the Italy star’s preference to stay in Serie A for his next move, according to Fabrizio Romano.

The 23-year-old is set to meet with Sassuolo to discuss a move away from the club after impressing at Euro 2020, where he scored twice and played in a part in the Azzurri beating England in the final.

Locatelli would reportedly prefer a switch to Juventus, which could rule Arsenal out of a move. The Gunners are said to only want players who are fully convinced to join the club. However, it could also be dependent on Juve’s own financial situation and outgoings in their midfield.

Locatelli joined Sassuolo from AC Milan in 2019 for a fee worth roughly €14.5m following a successful loan stint. In his career, he has made over 140 Serie A appearances, 99 with his current club, and impressed Roberto Mancini enough to earn an international call-up.

For Arsenal, the deal represents one of many on a reported spending spree over the summer. The Gunners have been widely linked with a £50m move for Brighton‘s Ben White, as well as Lyon‘s Houssem Aouar and Anderlecht‘s Albert Sambi Lokonga. The club’s planned recruitment rebuild could help them rebound back into European contention, failing to qualify for continental football for the first time in 25 seasons.

09.48 BST: Manchester United manager Ole Gunnar Solskjaer has said Jesse Lingard is part of his plans for next season.

Lingard impressed on his return to the team following a loan spell at West Ham United after playing the second half in a 2-1 win over Derby County at Pride Park on Sunday.

The 28-year-old left Old Trafford in January to find regular first-team football but Solskjaer insists he wants to keep the England forward after finding himself short of options at the end of last season.

“Jesse has come back, been bright, he wants to fight for his place and there’s nothing better than seeing players want to fight for their place,” Solskjaer said.

“What he did towards the end of last season, that’s the true Jesse, that’s what we know he’s capable of and I think we saw towards the end that we lacked some options at times and Jesse is in the plans at the moment, yeah.”

We back ???? 45 in the tank and a solid win ✅ #jlingz pic.twitter.com/KcMFLgJhqr

09.11 BST: Real Sociedad are favourites to take Japan international Take Kubo on loan from Real Madrid, according to AS.

Kubo is on international duty with Japan and preparing for the Olympics with his future still up in the air. His stay at Madrid has been ruled out because he doesn’t hold a European passport and Madrid’s non-EU quota is already taken by Eder Militao, Vinicius Jr. and Rodrygo.

Kubo, 20, is set to spend another season out on loan. Since joining Los Blancos from FC Tokyo in the summer of 2019, Kubo had a successful loan spell at Mallorca. He spent the first half of last season on loan at Villarreal but was unable to earn regular playing time before moving to Getafe where he played the last six months.

Kubo has plenty of options to play in Spain and overseas. Real Madrid would be open to allow Kubo to strengthen at Real Sociedad, where he would get regular playing time.

The 32-year-old only made eight Premier League starts over the course of his second spell at his boyhood club as the injuries problems that have plagued much of his career continued.

“He’s out of contract. I had a conversation with Andy,” Bruce said after Sunday’s preseason friendly against York City.

“I think he wants to go and play. I wish the lad all the best. I hope it goes for the rest of his career.

“He’s certainly been a big help to me in the last couple of years, that’s for sure.”

Carroll left Newcastle in January 2011 to join Liverpool in a £35m transfer, but he only scored 11 goals in 18 months at Anfield before he left for West Ham, initially on loan and then for a £15m permanent transfer.

08.00 BST: Celtic manager Ange Postecoglou says the club is “working hard” to bring in more new players ahead of his first season in charge of the Scottish giants.

The Bhoys have already signed defenders Liam Shaw and Osaze Urhoghide as well as wingers Liel Abada and Kyogo Furuhashi this summer. However, Postecoglou insists the club are still looking to strengthen their squad in order to reclaim the Scottish title after Steven Gerrard led Rangers’ championship-winning campaign last term.

“It’s a very young group at the moment that we’re throwing out there,” the former Australia national teram coach told Celtic TV. “It’s no secret that we need to bring some players in and we’re working hard to do that.

Celtic host Danish club Midtjylland in the first leg of their Champions League second qualifying round tie on Tuesday.

– Brighton are looking to sign left wing-back Marc Cucurella from Spanish side Getafe, according to the Daily Mail. The 22-year-old is currently in the Spain squad for the Tokyo Olympic games along with a number of well-known youngsters. The player joined Getafe from Barcelona, following a successful loan spell, in 2020 for roughly £9m. His current contract does, however, include a £15m buy-out clause that would allow him to join the Seagulls if triggered.

– Liverpool are set to offload defender Ben Davies just months after joining the club, according to the Sun. The 25-year-old joined from Preston North End back in January in the midst of an injury crisis but also suffered from a spell on the sidelines, failing to register a single minute in a red shirt. However, following the return of Virgil van Dijk, Joe Gomez, and Joel Matip, as well as the incoming Ibrahima Konate, a stay in Merseyside looks unlikely. Sheffield United are said to be interested in a move but only as a loan rather than permanently.

– AS Roma have identified Palmeiras left-back Matias Vina as a target this summer, according to Gianluca Di Marzio. The 23-year-old has been linked with a move to Jose Mourinho’s side, who are looking for a replacement for Leonardo Spinazzola, currently sidelined with an Achilles injury suffered at Euro 2020. A package worth €12.5m has reportedly been put together by Roma, including add-ons, for the Uruguayan defender with the hopes of completing the move from Brazilian side in the next few days.

– Napoli have joined the race to sign AZ Alkmaar midfielder Teun Koopmeiners, according to Calciomercato. The 23-year-old has been linked with a move to fellow Serie A side Atalanta, but are yet to strike a deal with the Dutch club, giving Napoli a chance to join the race for his signature. The Netherlands international came through the ranks at AZ, making over 100 league appearances and earning an international debut in October 2020.

– Everton are close to signing wingers Demarai Gray and Andros Townsend, according to The Times correspondent Paul Joyce. Gray, 25, is set to join Rafa Benitez’s side for £1.5m from Bayer Leverkusen, but made only 10 Bundesliga appearances this season with a hand in one goal and two assists. Townsend, 30, is a free agent, leaving Crystal Palace after five years at the club. The former England international has made over 200 Premier League appearances with 13 England caps along the way. 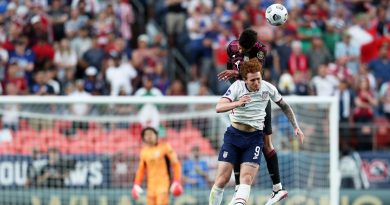 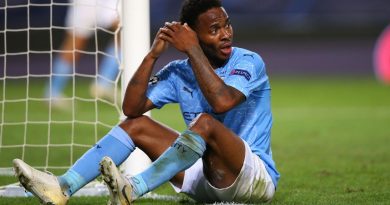 Global coronavirus cases has exceeded 11 million on Friday, according to a Reuters tally, marking another milestone in the spread