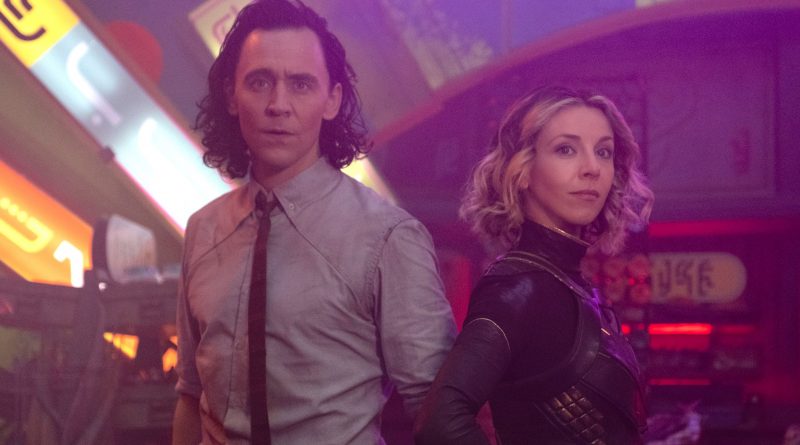 The trouble with love is that it defies definition. The latest episode of Marvel’s Loki, “Lamentis,” attempts to set this predicament forth via a set of milquetoast metaphors—i.e. “Love is hate,” “Love is a dagger”—but the point nevertheless seeps through: It’s tricky to grasp something that seems unknowable. To be known is to be vulnerable. To be vulnerable is to be in danger. So, as the Marvel logic goes, love must be dangerous—and therefore avoided. Like Loki himself, Sylvie (Sophia Di Martino), Loki‘s new anti-heroine, seems to have had her fair share of heartbreak.

In episode 3, we finally spend some quality time with this Lady Loki, first identified by the Time Variance Authority as a Loki “variant.” By their description, she’s an erroneous version of the “real” Loki that exists along the mythological Time-Keepers’ Sacred Timeline. The TVA foot soldiers make these “variants” out as troublesome annoyances, meant to be erased so as to prevent the universe from stumbling into a multiverse of madness. But one such variant has long evaded their capture, and the fugitive in question is revealed as Sylvie, a Loki variant who loathes being referred to as “a Loki.”

That’s because, as we learn in “Lamentis,” Sylvie has an appearance and a personality that diverges wildly from Loki (Tom Hiddleston)’s own. The TVA has led us (and Loki) to believe that variants are unnecessary, half-baked spin-offs of an authentic Patient Zero. But the small secrets Sylvie lets slip in episode 3 reveal that she in fact lived a full life before the Loki we know showed up—and perhaps she’s just as entitled to it as the real deal.

Yet Sylvie, like the love for which she waxes poetic, also defies definition. As an audience, we can’t be sure she’s who she presents as. Right now, she’s a cipher. And to compound the problem, she’s disclosed little to nothing of her past, other than a faint memory of her mother and a how-to for her enchantment powers.

So who is she? There’s a few different possibilities. Let’s break them down.

There’s a chance this Sylvie is who the TVA says she is: A rogue Loki with blonde curls. She was adopted by Asgardians like Hiddles-Loki, though she knew her true heritage long before he did. Marvel might be throwing audiences a bone by naming her “Sylvie” as a nod to the comics, but perhaps they’re planning to yank the excitement back, à la Ralph Bohner in WandaVision, by the end of the show. It would certainly keep things simpler.

After all, remember: Loki—in any form—is the trickster god(ess). Perhaps Sylvie is simply playing this role as a way of getting under Hiddles-Loki’s skin, and she’s really a more powerful version: a variant bent on ruining the Sacred Timeline.

Sylvie could be Sylvie Lushton, aka the second Enchantress.

It’s likelier, however, that Sylvie Laufeydottir, as the series names her, is a spin-off of Sylvie Lushton, aka Marvel Comics’s second Enchantress.

In the comics, Sylvie Lushton was a young (mortal) girl living in Oklahoma when the Asgardians took over part of the state as their new homeland, following an apocalyptic Ragnarok event. (Sound familiar?) She was gifted magical powers by Loki himself and eventually joined up with the Young Avengers in New York City—an interesting tidbit, given that several Young Avengers, including Billy Kaplan, Tommy Shepherd, Kate Bishop, and America Chavez have already appeared or are confirmed to appear soon in the MCU. Sylvie Lushton took up the mantle of Enchantress, once held by an Asgardian villain named Amora.

It’s unlikely that Loki‘s Sylvie will have a backstory that mirrors the comics precisely. For one thing, that would be boring, but secondly, our Sylvie is involved in a dramatically different story. Still, keep that Ragnarok bit in mind. It’s altogether possible that our Sylvie’s musings on love “as hate” could have stemmed from post-apocalyptic trauma. Maybe she’s fighting the TVA as a way of reversing her own homeworld’s death? Ah, the possibilities…

Sylvie could be a former TVA member.

In Loki‘s episode 3, Sylvie lets loose a shocking piece of information: All the TVA minutemen are variants. This means Mobius (Owen Wilson) is either lying or unaware of the fact that, rather than being created by the Time-Keepers for a purpose, he’s being used by them—as an involuntary detective-cum-soldier.

Sylvie is clearly disillusioned with the Time-Keepers; she wants to rattle the Sacred Timeline. But why would she have such an urgent vendetta, other than to save her own skin? And how could she possibly know that the TVA crew are all variants, if she didn’t have insider information? After “Laurentis,” it seems likely that Sylvie once drank the proverbial TVA Kool-Aid herself, only to realize she was servicing an organization bent on her destruction. Loki seems intent on inching the TVA further and further into villain territory, and with Sylvie’s latest reveal, that possibility seems all but guaranteed.

So is Sylvie an actual Loki, or is she merely living la vida Loki? We can’t be sure yet. But she’s keeping a dangerous secret—one that could split open the multiverse. 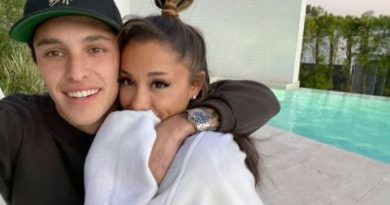