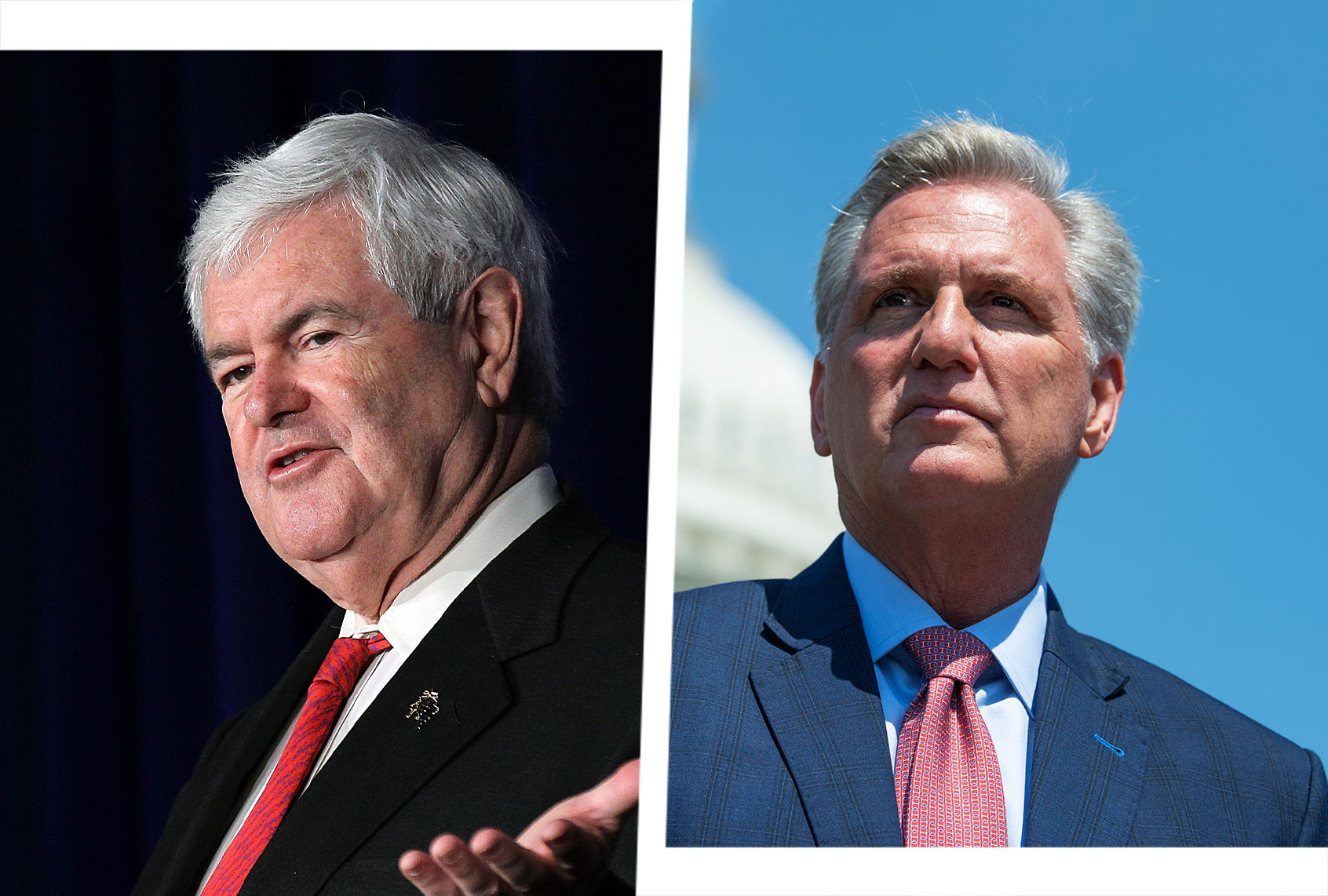 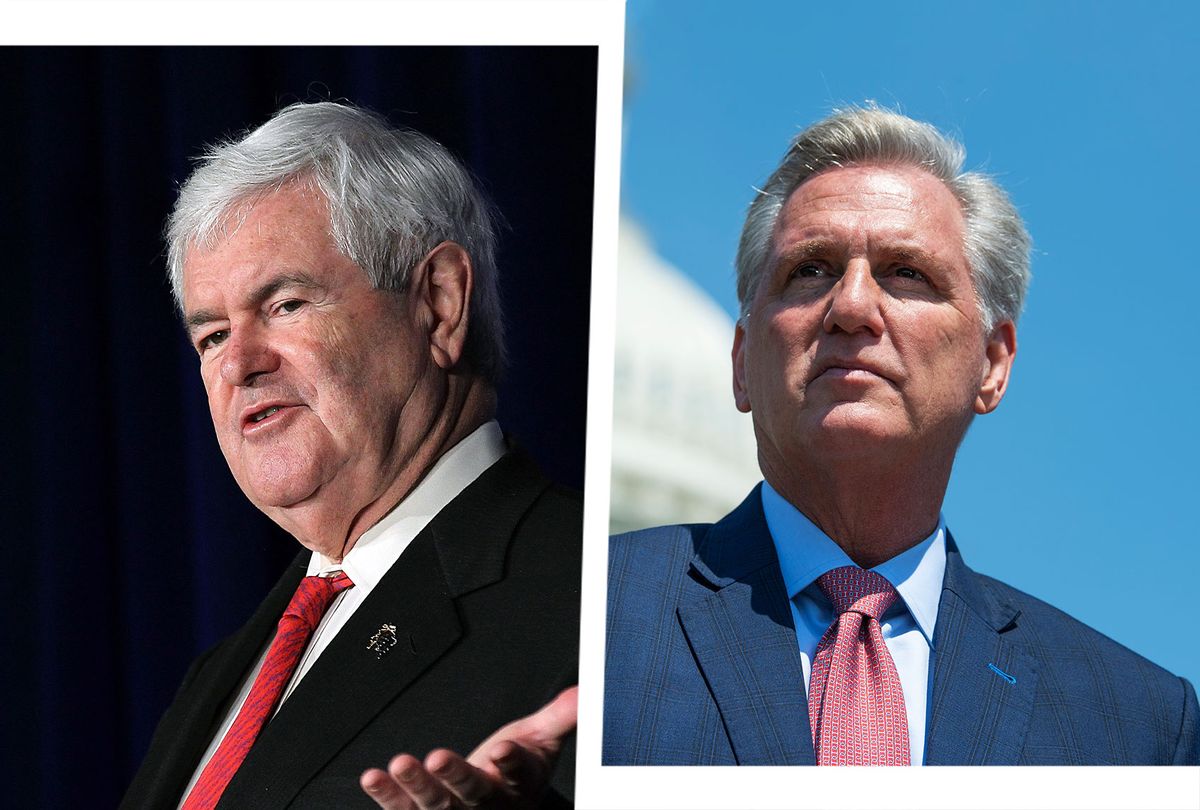 With House Minority Leader Kevin McCarthy facing sagging poll numbers, including among Republicans — as Salon reported last week — long-ago House Speaker Newt Gingrich is trying to boost McCarthy’s chances of the speakership in a future Republican Congress. Gingrich sent a tweet to his “Gingrich 360” followers assuring them he is “convinced Leader McCarthy is likely to be the next Speaker of the House.”

Gingrich added in the blog post, “I think you will agree that something special is building at the grassroots.” That optimistic statement appears to overlook that the Republican “grassroots” largely consists of the same people who attempted to block McCarthy from becoming minority leader in 2018.

To determine how likely it is that fervent pro-Trump lawmakers and other MAGA loyalists would actually support McCarthy for House speaker, we must look back at previous clashes between the California congressman — frequently mocked and derided by Trump and his most devout supporters — and the right-wing fringe of the Republican caucus.

On Nov. 8, 2018, two days after Republicans lost their House majority in the “blue wave” election, a group of 61 Republican heavyweights wrote to then-President Donald Trump asking him not to endorse McCarthy as GOP leader, but to endorse Rep. Jim Jordan of Ohio, a stalwart Trump backer, for the top post instead: “We write to encourage you NOT to prematurely endorse Kevin McCarthy for Minority Leader, and to instead consider an endorsement of a better fighter and advocate for you and for us, Jim Jordan.”

Prominent signatories of that letter included conservative activist Ginni Thomas, who is married to Supreme Court Justice Clarence Thomas; Ken Cuccinelli, who under Trump became principal deputy director of U.S. Citizenship and Immigration Services in 2019; and Cleta Mitchell, then a partner in the Washington, D.C., law firm Foley & Lardner, who was forced to resign after she participated in Trump’s now-infamous Jan. 2 phone call with Georgia Secretary of State Brad Raffensperger. A slew of Tea Party and grassroots leaders also signed the letter, including Jenny Beth Martin, chair of the Tea Party Patriots Citizens Fund; Anne Schlafly Cori, chair of the Eagle Forum; and heads of the Family Research Council, the Center for Security Policy, the American Civil Rights Union and Gun Owners of America, along with other organizations.

The group complained that McCarthy had failed to fund Trump’s border wall, repeal Obamacare or defund Planned Parenthood — major campaign promises that motivated Trump’s base in 2016, at least in their eyes. Further, they claimed that McCarthy had “forced Trump to sign a bad spending bill,” failed to impeach IRS Commissioner John Koskinen for alleged destruction of evidence and lying to Congress about the agency’s supposed persecution of conservatives, failed to seek accountability for the Benghazi incident, and did nothing to stop the so-called censorship of conservatives on social media and on college campuses.

McCarthy met longtime Republican pollster Frank Luntz, one of Gingrich’s closest allies, while both worked on Gingrich’s “Contract with America” during Bill Clinton’s administration in the 1990s. Luntz discussed McCarthy with Gingrich in a podcast this April, telling Gingrich, “Kevin is awesome, Kevin is friendly, and Kevin is smart, and he’s got a great demeanor, the perfect demeanor for right now in politics.”

Gingrich responded, “I talked to Kevin just in the last few days. I know that in the retreat [congressional Republicans] just had, he outlined the concept of an expanded and more detailed commitment to America, which is his version of the contract,” a reference to his own famous “Contract with America.”

Former Republican congressman David Jolly — who left the party in 2018 — recently offered a different and startling take on a potential McCarthy speakership, suggesting that the minority leader may possess explosive or incriminating information about the Jan. 6 Capitol attack.

In an MSNBC appearance on May 21, Jolly noted: “Liz Cheney has said that McCarthy won’t be speaker, which tells me that Liz Cheney knows that Kevin McCarthy knows something that is so damning, it could undo his ascension to the speakership, should Kevin McCarthy go under oath before a Jan. 6 commission.”

If Republicans do win back the majority in 2022, McCarthy will likely hold a razor-thin advantage in the House and may face a coup attempt by MAGA allies, some of whom have even proposed appointing Trump himself as speaker. (There is no constitutional requirement that the speaker be an elected member of the House, although all of them have been to this point.) The idea was first floated by former Trump adviser Steve Bannon but has gradually worked its way into more mainstream Republican circles, with American Conservative Union chairman Matt Schlapp proposing it in a recent cable news interview.

“There’s a lot of buzz out there that Donald Trump would even be potentially someone they’d crown as speaker of the House if the Republicans get the majority back,” Schlapp said last week on the MAGA-friendly cable channel Newsmax. “I’m not saying that’s a live wire, but it’s an interesting conversation about Trump inserting himself in the fight for the Republicans to get back the majority.”

What is the fate of Black Lives Matter protest murals?

Professor Jane Naana Opoku-Agyemang, the Running Mate of the Flagbearer of the opposition National Democratic Congress (NDC) in the December