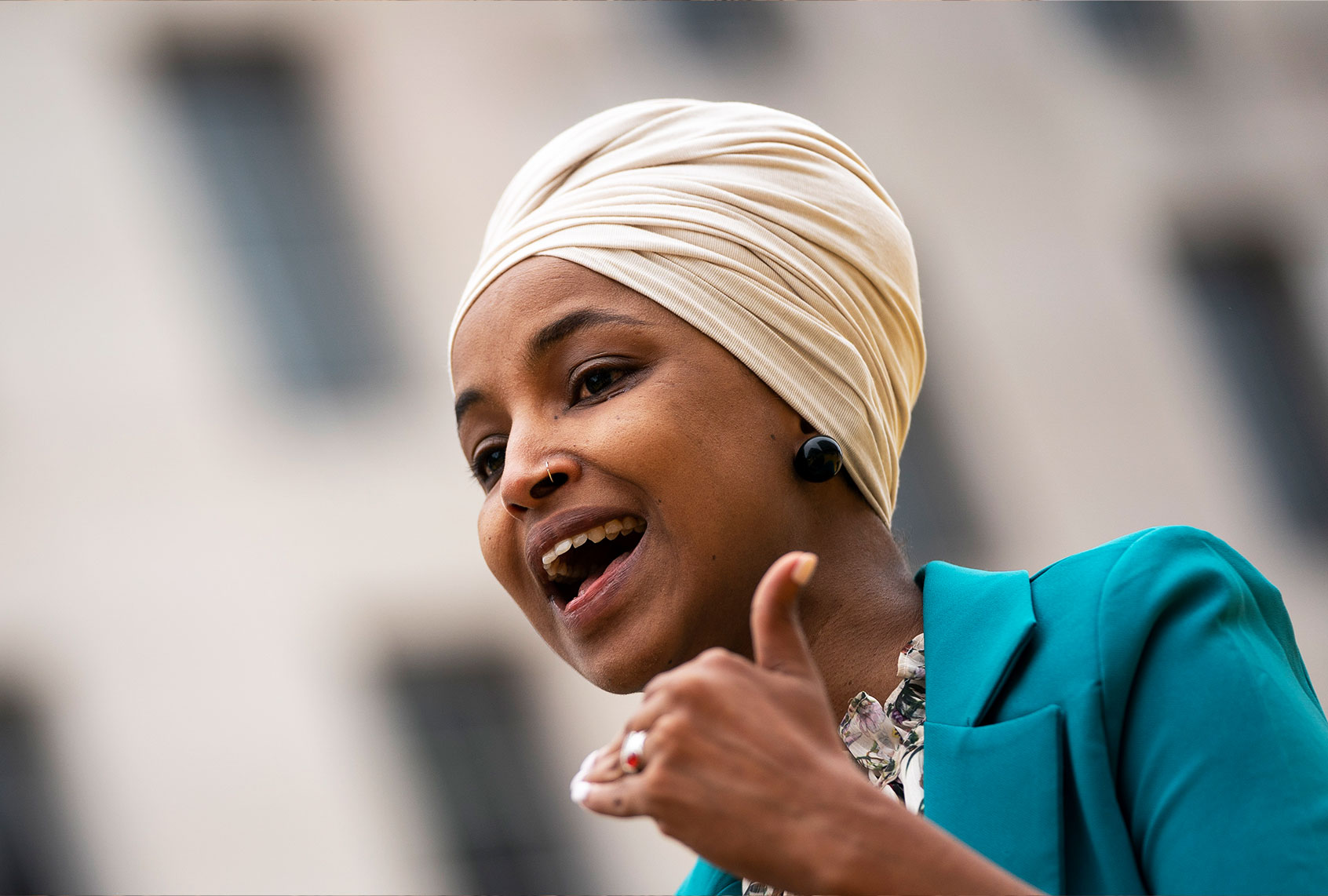 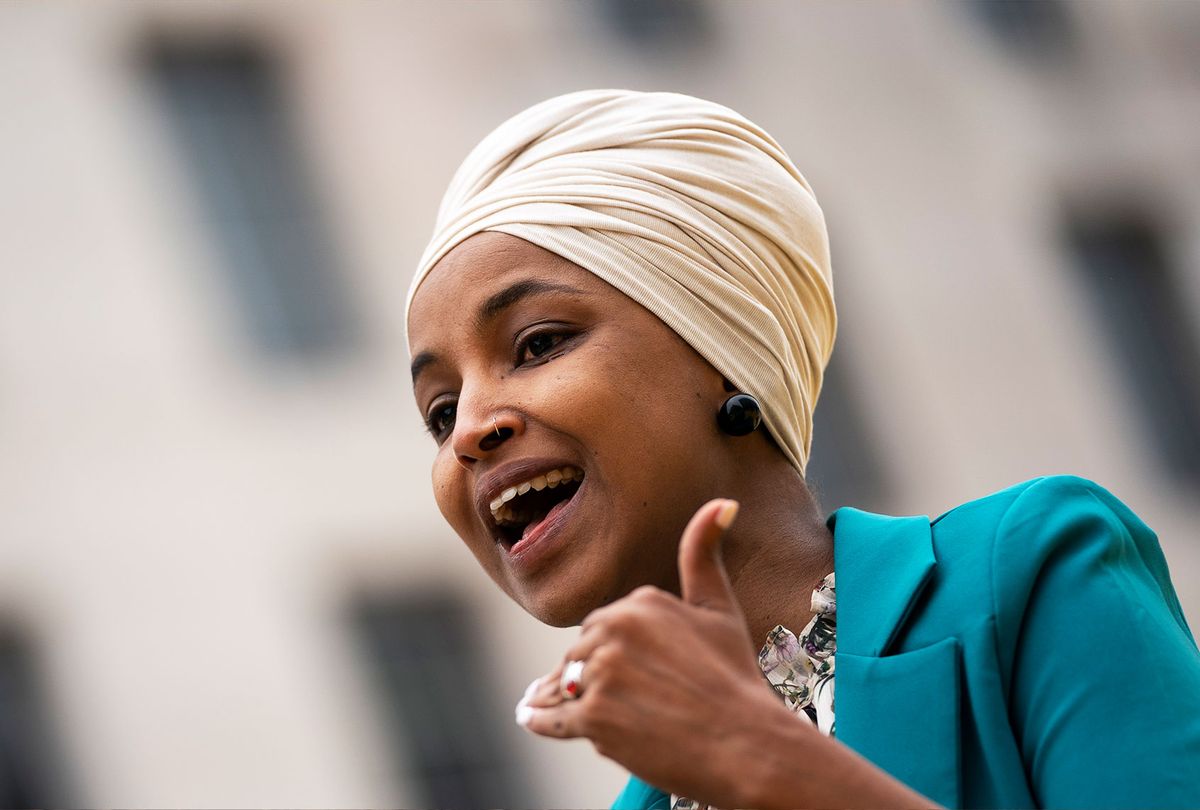 Rep. Ilhan Omar, D-Minn., slammed a dozen of her Democratic colleagues for “constant harassment” over her condemnation of Israel, shooting down their allegations of anti-Semitism and “deep-seated prejudice.”

The schism arose out of a tweet first fired off by Omar on Monday following a video call with Secretary of State Antony Blinken, where the Minnesota representative demanded an official probe into the human rights violations of both the Israeli Defense Force and Hamas.

“We must have the same level of accountability and justice for all victims of crimes against humanity,” the Minnesota lawmaker declared. “We have seen unthinkable atrocities committed by the U.S., Hamas, Israel, Afghanistan, and the Taliban.”

The tweet sparked immediate ire from a number of pro-Israel Jewish Democrats who claimed that Omar was drawing a false equivalency between the countries. “Ignoring the differences between democracies governed by the rule of law and contemptible organizations that engage in terrorism at best discredits one’s intended argument and at worst reflects deep-seated prejudice,” they wrote.

The group added: “The United States and Israel are imperfect and, like all democracies, at times deserving of critique, but false equivalencies give cover to terrorist groups.”

Among the Democrats backing the statement were Reps. Jake Auchincloss, D-Mass., Ted Deutch, D-Fla., Lois Frankel, D-Fla. Jerry Nadler, D-N.Y., Brad Sherman, D-Calif., and Debbie Wasserman Schultz, D-Fla., and a number of others. And in a rare joint statement, House Speaker Nancy Pelosi, D-Calif., and her leadership team called on Omar to “clarify” her comments.

“Legitimate criticism of the policies of both the United States and Israel is protected by the values of free speech and democratic debate. And indeed, such criticism is essential to the strength and health of our democracies,” the Democratic leadership team said in its statement. “But drawing false equivalencies between democracies like the U.S. and Israel and groups that engage in terrorism like Hamas and the Taliban foments prejudice and undermines progress toward a future of peace and security for all,” they argued.

On Thursday morning, Omar doubled down on her stance, accusing her colleagues of anti-Muslim prejudice.

“It’s shameful for colleagues who call me when they need my support to now put out a statement asking for ‘clarification’ and not just call,” wrote Omar. “The Islamophobic tropes in this statement are offensive. The constant harassment & silencing from the signers of this letter is unbearable.”

She added: “Citing an open case against Israel, US, Hamas & Taliban in the ICC isn’t comparison or from ‘deeply seated prejudice’. You might try to undermine these investigations or deny justice to their victims but history has [sic] thought us that the truth can’t be hidden or silenced forever.”

Several members of The Squad, a small caucus of progressives in Congress, came to Omar’s defense.

“I am tired of colleagues (both D+R) demonizing @IlhanMN,” wrote Rep. Rashida Tlaib, D-Mich., a critic of Israel’s attacks on Palestine. “Their obsession with policing her is sick. She has the courage to call out human rights abuses no matter who is responsible. That’s better than colleagues who look away if it serves their politics.”

Rep. Alexandria Ocasio-Cortez, R-N.Y., echoed Tlaib: “Pretty sick & tired of the constant vilification, intentional mischaracterization, and public targeting of @IlhanMN coming from our caucus. They have no concept for the danger they put her in by skipping private conversations & leaping to fueling targeted news cycles around her.”

Omar also saw support from some in the media, including MSNBC’s Mehdi Hasan. Referencing an interview of Trump’s, where the former president dismissed the innocence of former U.S. leaders, Hasan tweeted: “What’s interesting is that once you take out all the nakedly partisan pointscoring and thinskinned patriotic chestbeating, Trump’s point is right: we’re not innocent as a country. Omar’s point is right: the ICC should investigate war crimes by everyone, countries/groups alike.”

The tiff comes just weeks after the White House refused to acknowledge the damage Israel inflicted on Palestinian citizens.

Last month, at the height of the violence, President Biden asserted Israel’s “right to defend itself.” The White House repeatedly refrained from leveling any criticism against Israeli, despite a clear asymmetry of military power between Israel and Gaza. Later that month, Biden called for a “ceasefire” between the two countries and vowed to assist Gaza with humanitarian aid. The promise was made just three days after approving a $735 million arms sale to Israel and blocking a United Nations statement condemning the country.

Trump strikes back at McConnell: “Mitch is a dour, sullen, and unsmiling political hack”

Dr. Lance Dodes on the dangers of 2020: “Trump is a psychopath who will destroy democracy”