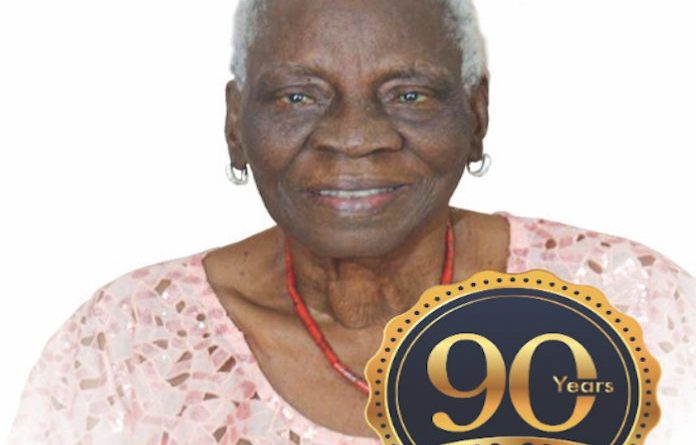 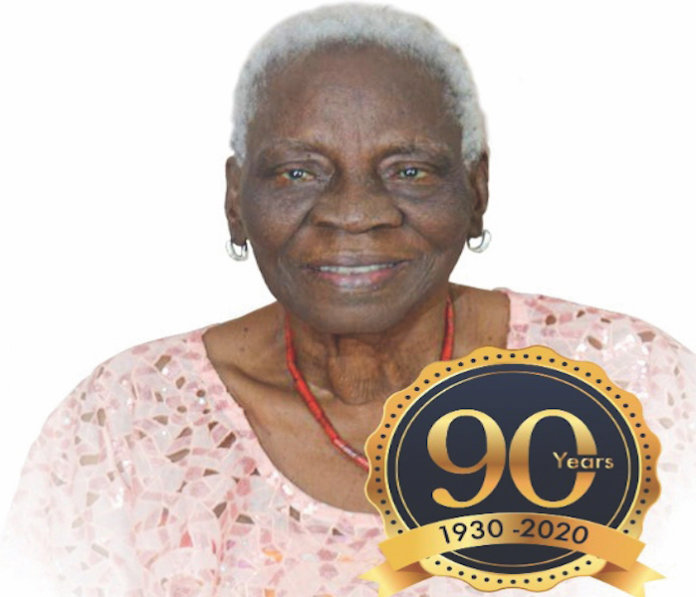 If there is any constant, it is the fact that in everything there is change. Nothing has ever remained the same, but it’s subject to modification. This explains the actuality that every human must die one day.

The goal of life isn’t to live forever. It is to create something that will, after departure from earthly sojourn, give account of good stewardship. That is why the depth of life is what really matters – how you positively affected the lives of those within your surrounding.

The transition of Princess Helen Adaudu Okojie (1930-2020) was like an eagle flying home in a blaze of glory. It was like a hero in a story. This explained why her spirit continues to enjoy peace of the Almighty God because of the unfailing and unalloyed praise by her well-wishers.
During her lifetime, she refused to be surrounded with pessimistic and ungodly people or those who distrust God’s promises.

This is because in times of tribulation and cause for worry, she did not despair but turned to God for prayers, believing that standing on the irrevocable promises of God, she and her loved ones can never be abandoned by God the creator of heaven and earth.
Though of noble family, she never quivered in the things of God, as many testified during the elaborate ceremony to mark her transition from the baser metal of being to a pure spiritual gold.

During her lifetime, as many testified, Mamijie, as she was fondly called by her admirers, believed in the mighty power that changes every situation for the best and this in turn, made her give her best to those within her reach, irrespective of whether they are her relative, biological children or not.

Two-time Minister of the Federal Republic of Nigeria, Hon. Mike Onolememen, an indigene of Uromi, Esan Northeast Local Government Area of Edo State testified to this: “The late Princess Helen Okojie lived to the ripe age of 90 because of her clear vision of others first, self, last.

“This informed my coming to pay my last respect to her, because some of her children and I were play mates and school contemporaries. Whenever some of us strolled to her house, she treated us with equal respect.

“She was a mother in a million. You can see her nickname? Mamijie. That shows you the manner of person she was to everyone. She did not discriminate but treated everyone both low and high the same way. I encourage her children and those of us still alive to emulate her good qualities.”
In a moving tribute to the living memory of Princess Helen Adaudu Okojie, one of her son’s, Prince Joe Okojie, former Special Adviser on Agriculture to the Edo State Governor, Mr. Godwin Obaseki, described his late mother as someone who taught her children that life without recourse to the upliftment of mankind, especially the downtrodden, was worthless.
“She taught us to be charitable even if it is by flash of smile mostly to the oppressed to uplift their spirit.

“We remained grateful and very proud of the responsible roles she played in the family, in Uromi town and her immediate community when she was alive. They are indelible and we thank God that she lived unblemished life and her good name became a reference point after her demise.

“I, for one, will continue to carry on with that legacy of selflessness. I mean after the age of 50, where you are going is usually closer to where you are coming from. So why not do a little kindness and shine the light for everyone to see. That was what she taught all of us her children,” he said and exclaimed, Okuibuo Mama” meaning farewell mother.

“She was a trader and distributor of Ibru fish who used her wealth to give her children proper education, her first daughter, Pastor (Mrs.) Mary Ehichioya, stated in her tribute to their mother.

In a short exaltation taken from the book of Job 14:5, with the theme: “Life is Timed”, Pastor Godwin Onowanse of the Assemblies of God Church, Uromi, noted that since a man’s days are ordained, he shall depart.

He said this means that the life allotted to the late Princess had expired. Going further to the book of Ecclesiastes, the man of God said everything has its time and season; time to be born and time to die.

“Princess Helen Okojie was born, she grew up, got married, raised children and the allocated time given to her by God has expired. That is why the children have put up this programme to honour her today.

“God is the ultimate creator. He determines everything on earth. God creates and gives time for everyone to live. Therefore, the time you spent on earth is permitted by God. The grace of God is allocated by God himself; when to be born and when to go.”
He, therefore, admonished those that gathered to give honour to the late Princess Helen Adaudu Okojie to emulate her life of self-possessed, laced with charity, care for humanity and without segregation. 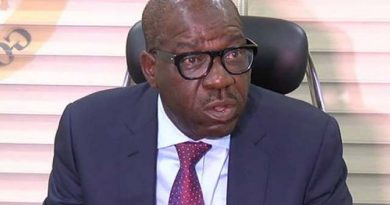 EDO: Meeting with Buhari‘ll decide my next move — OBASEKI – Vanguard

Miss Gabriella Chudi-Ajabor, 17-year-old undergraduate of Nnamdi Azikiwe University (UNIZIK),Awka, has emerged winner of the 2019 edition of the Miss