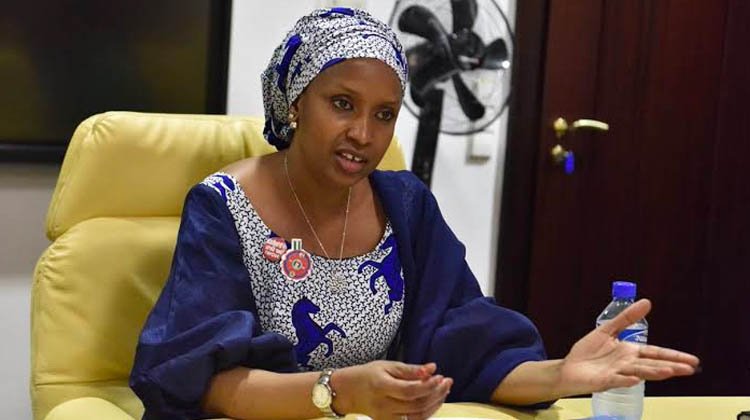 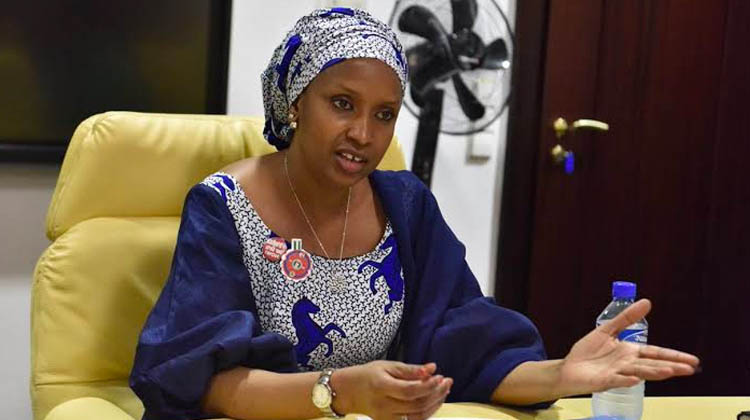 No doubt, Nigerian women, if given the opportunity in any field of human endeavors, always proved to be excellent achievers. With hard work and diligence, Nigerian women have come of age, marching side by side their male counterparts. It is on record that the few women given the chance to lead have not disappointed.

It was based on this supportive role that women have cultivated to encourage one another that the coalition of professional women group from different fields and modes in the transportation and maritime industry called HBU Group have extolled the exemplary leadership qualities of Hadiza Bala Usman, as the first female Managing Director of the Nigerian Ports Authority (NPA).

The group in solidarity have commended the tremendous achievements Hadiza Bala Usman recorded in office which has serve as a role model to women in leadership positions in the country. The group noted that if more women are given the chance to lead, they will performed excellently well.

Enumerating the giant strides Hadiza Bala Usma has achieved in office, the professional women group said it has become imperative to showcase what Hadiza Usman was able to achieve in her years in office as the Managing Director of the Nigerian Ports Authority (NPA).

Here are some of the numerous achievements she has recorded in office in the last four years: As the first female Managing Director of NPA, she ensured the very first creche in Nigerian Ports Authority (NPA) was established at the Lagos Port Complex (LPC) Apapa. She also achieved the commissioning of the Command & Control, Communication and Intelligence Centre for NPA. This will serve as surveillance of all activities and as an information network centre for security agencies in the ports. Launching of the provisional, final billing and customer portal module of Revenue Invoice Management System (RIMS) aimed at improving the service offering, partners relationship, create efficient payment method, maximize revenue and eradicate loss associated with fraud and revenue leakages. She also acquired and commissioned four new tug boats namely, MT Daura, MT Ubima, MT Uromi and MT Majiya in order to further improve operational efficiency.

Others are establishment and entrenchment of a level playing field for all operators in the port industry by removing all bottlenecks that hinders healthy competition in the industry. An example is the de-classification of ports terminals which has removed the categorization of some ports as strictly oil and gas. To ensure transparency and accountability, NPA became the first MDA to open its budget to the public with the signing of a Memorandum of Understanding (MoU) with Open Budget System platform and implementation of a public data dissemination programme.

Hadiza Bala Usman, in her quest for excellence, also ushered in the introduction of new licensing regime to ensure transparency and due process. She also reviewed the concession agreements to ensure seamless collaboration for a sustained development of the maritime industry.

To key the organization into the diversification of the economy to non-oil exports, the NPA under her watch developed an SOP and established a dedicated terminal to handle exports aimed at diversifying the economy and improving earnings. The dedicated terminals includes Ikorodu Lighter Terminal for Lagos State, Shoreline Logistics Terminal for Calabar Port in Cross River State, BUA Ports and Terminal (warehouse measuring 2.896sqm) and Port and Terminal Operators Limited (warehouse measuring 2.760sqm) for Rivers Port in Rivers State.

To make sure ports access roads are motorable and accessible, NPA accomplished and signed an MoU with the Federal Ministry of Works and Housing for the reconstruction of the port access road in the Apapa Port area of Lagos State. The project cost was put at N4.34 billion, out of which Nigerian Ports Authority contributed N1.829 billion.

Hadiza Bala Usman’s management team also initiated the collaboration of the NPA with other agencies of government for smooth running of the ports system. Such was the collaboration with the Nigeria Customs Service (NCS) to introduce the much awaited National Single Window (NSW) platform aimed at simplifying and harmonizing formalities, procedures and the related exchange of information and documents between various parties in the supply chain.

The various reforms carried out by Baa Usman has ignited the restoration of investors’ confidence in the port industry, notably the China Harbour Engineering Company taking up the balance of NPA’s equity in the Lekki Deep Seaport project; DP World signing a partnership agreement with Josepdam Port Services and the Tanger Med of Morocco indicating willingness to develop a Green Field terminal logistic base in Nigeria, among others.

For smooth and efficient management of humans and material resources at the NPA, the Hadiza Usman-led management carried out a major restructuring which led to the realignment of the authority’s organizational structure to reduce cost and efficiency of business processes. The introduction of merit-driven performance management system to improve employees  and organizational productivity and transformation of the authority’s manpower development practices to improve the skill, knowledge and capacity of employees, was also a success.

For stakeholders and port users’ convenience, the agency publishes its tariff regime on its website for the whole world to see in line with the vision of transparency and accountability. The establishment and commissioning of the Safety information & Operations Center at Apapa Port for the prompt dissemination of information to port users as part of the ongoing effort to improving port efficiency was also achieve during her tenure.

In an effort to improve ship traffic at the Eastern ports – Delta, Calabar and Port Harcourt – Hadiza’s management team deployed tug boats, pilot cutters and initiated dredging works of the port channels. The successful berthing of FPSO Egina project is an attestation of the constant infrastructural and operational preparedness of the Nigerian Ports Authority to serve clients efficiently now and in the foreseeable future.

Another milestone recorded in the NPA under Hadiza Bala Usman was the constant engagement of stakeholders by the management on quarterly basis,  which  has resulted in industrial harmony.

She has also commenced the construction and equipping of a simulation center to enhance the training of NPA marine pilots for improved and world class navigation.

The Hadiza Usman management team also completed the remedial dredging works at Escravos access channel. This will increase the inflow of ocean-going vessels into Delta Ports, which will also impact positively on the socioeconomic development of the area with respect to increased trade and commerce.

Hadiza Bala Usman was born on 2nd January 1976 in Zaria Kaduna State, Nigeria. She started her education at the prestigious Ahmadu Bello University Zaria Staff Primary School and went ahead to complete both her secondary and undergraduate studies at the Ahmadu Bello University, Zaria, attaining a B.Sc. in Business Administration in 2000. She later obtained a Masters degree in Development Studies from the University of Leeds, United Kingdom in 2009.

Hadiza Bala Usman started her working career as a Research Assistant at the Centre for Democratic Development and Research Training (CEDDERT) Zaria, a non-governmental organization in June 1999 until June 2000 before joining the Bureau Of Public Enterprises (BPE) where she served as an Enterprise Officer from July 2000 to August 2004. She was then hired by the UNDP for the Federal Capital Territory Administration [FCTA] from October 2004 -January 2008 as a   Special Assistant to the Minister on Project Implementation. From 2011 to July 2015, she worked as Director of Strategy of Good Governance Group,  a non-governmental organisation.

As a member of the ruling All Progressives Congress (APC), she served in various committees, key amongst them as a member of the APC Strategy Committee from January 2014-December 2014. The committee defined the policy thrust of the party and consequently developed the party’s manifesto. She also served as a Member/Secretary of the APC National Elections Planning Committee from June 2014–April 2015. The committee developed and coordinated the party’s election winning strategies.

The hardworking Hadiza also served as the Administrative Secretary of the APC Presidential Campaign Committee from January 2015–April 2015; and Member of the Presidential Inauguration Planning Committee representing the incoming administration from April –May 2015.

In September 2015, she was appointed by President Muhammadu Buhari to serve as a Member of the Presidential Advisory Committee on Anti-Corruption.

In April 2014, she co-founded the global movement #BringBackOurGirls, which has been demanding for the rescue of the 219 young girls abducted by the terrorist group Boko Haram from Chibok Secondary School in Borno State, North East Nigeria in 2014.

In July 2015, she was appointed as the Chief of Staff to the Kaduna State Governor, Nasir el-Rufia, a position she held until her appointment as the Managing Director of Nigerian Ports Authority on July 11, 2016.

Hadiza Bala Usman’s significant contribution to the development of Nigeria has not go unnoticed. In 2014, she was named among the Most Influential Women in Nigeria by Financial Times. She was also named amongst CNN’s Most Inspiring Women of 2014 and also named by Ebony Magazine amongst the 100 Most Influential Black Women in the World.

Hadiza Bala Usman served as Vice Chairperson of the Facilitation Committee (FAL) of the International Maritime Organisation (IMO) from 2019-2020.

She has indeed been a great inspiration to Nigerian women.

Parts of Accra to experience water interruption from Thursday

From Thursday, the 22nd of April, parts of the Greater Accra Region will experience an interruption of water supply. This