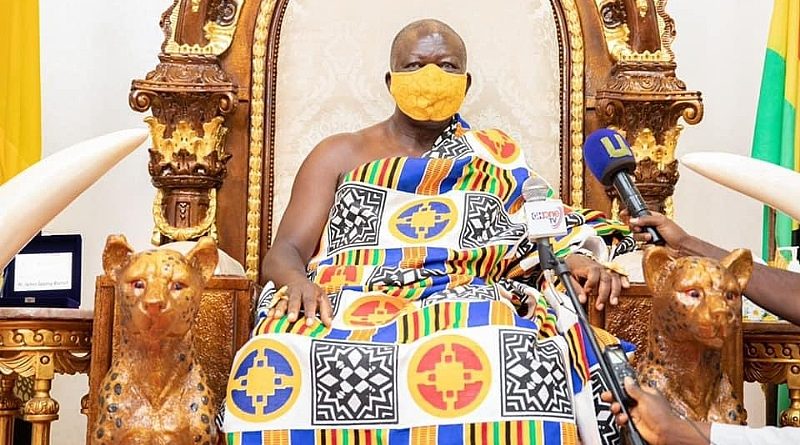 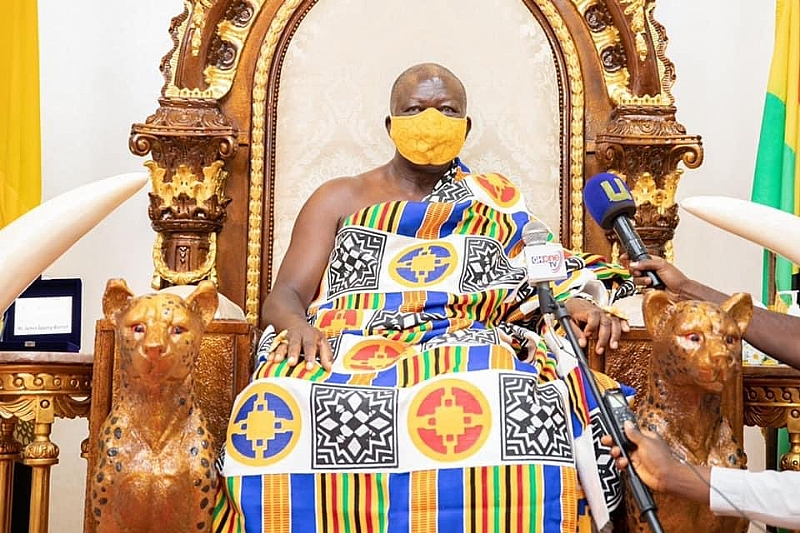 Asantehene Otumfuo Osei Tutu II, has challenged stakeholders to be truthful in the fight against illegal small-scale mining in the country, and call out persons involved in the act since they’re known.

He also condemned persons who participate or facilitate the activities of illegal miners but join meetings and conferences aimed at addressing the menace.

Speaking at a Regional Consultative Dialogue on Small Scale Mining in the Ashanti Region on Wednesday, the Asantehene indicated that while he was earlier urged by the Ashanti Regional Minister, Simon Osei Mensah and the Minister for Lands and Natural Resources, Samuel Abu Jinapor to stick to his written statement and avoid making controversial comments, he felt it was important to address the issue.

“Yesterday [Tuesday], regional minister and my son [Samuel] Jinapor came to me and said ‘Nana please say what is in the speech’ and I said alright I will. They felt I will say something else that is controversial.”

“I told them that on this issue of galamsey, when we divide the audience in this room into ten, 30 percent of them will know those involved in galamsey…If you are not truthful, we will keep deceiving ourselves and be organizing conferences such as this,” he said.

Otumfuo Osei Tutu II said chiefs who are complicit in the act of illegal mining must know it is wrong and desist forthwith.

The Asantehene further gave indications that he will deal with his sub-chiefs found to be complicit in the activities of illegal mining. He said he has already received reports about such incidents within the region and will soon be investigating them.

“On my part, I have already warned my Chiefs and elders against participation in such illegalities, and I will not hesitate to strongly sanction any such infraction. Already I have had reports on some things happening at Amanse, the Fomena area, and I will be investigating that to see what is happening,” he added. 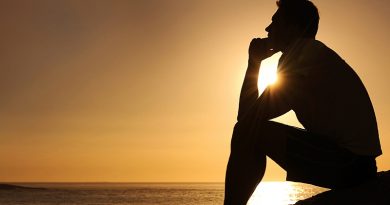 You are responsible for what you become—EPUC President Prof. Bakah 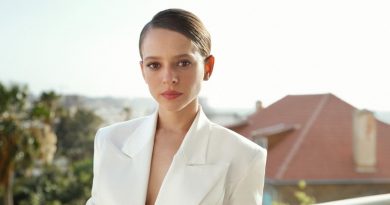 The pupils and management of Darul -Hardis Junior High School in the Sagnarigu Municipality, Northern Region of Ghana has lauded