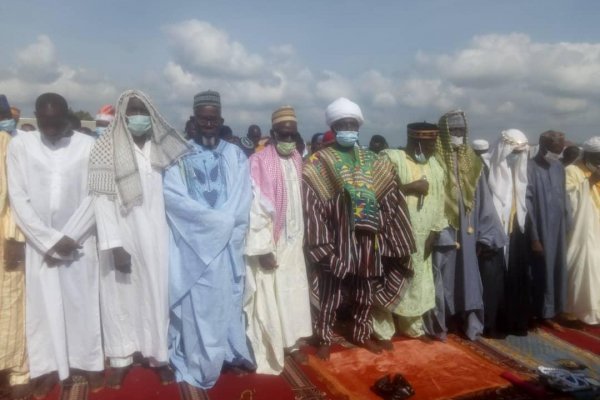 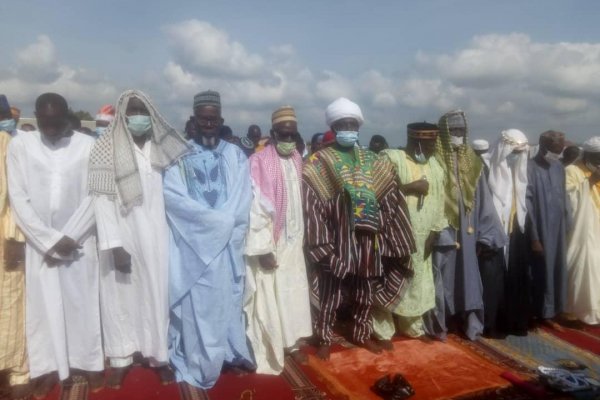 Huudu Harunah, Deputy Krachi East Chief Imam has urged all Muslims to declare their commitment to feed their neighbours as they celebrate Eid-Mubarak.

Mr Harunah said this during the Eid Mubarak prayers at Sankis park at Dambai in the Krachi East Municipality of the Oti Region.

He said their beloved prophet Muhammad constantly emphasised the importance of giving food to their neighbours and “be either a Muslim or non- Muslim, they must make it a priority to ensure that those around them do not go to sleep hungry.”

The Deputy Chief Imam stated that, good behaviour towards one’s neighbour was one of the characteristics that made a person Godly.

Nana Kwaku Beyornnor II, chief of Dambai called for unity and solidarity among all Muslims in the Municipality and urged them to refrain from discordant behaviour.

He said unity among Muslims and other denomination would help find solutions to problems facing the country.

Mr Joshua Gmayenaam Makubu, the Oti Regional Minister condemned the unfortunate incident at Wesely Girls and urged authorities in the school to review some of their policies to promote equity and inclusion for Muslim students to fast during Ramadan. 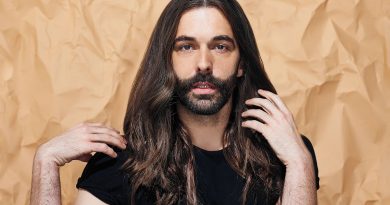 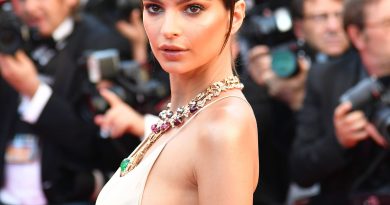 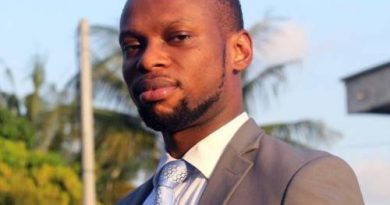 The Grand Coronavirus Cover-Up In Kwara By ‘Fisayo Soyombo