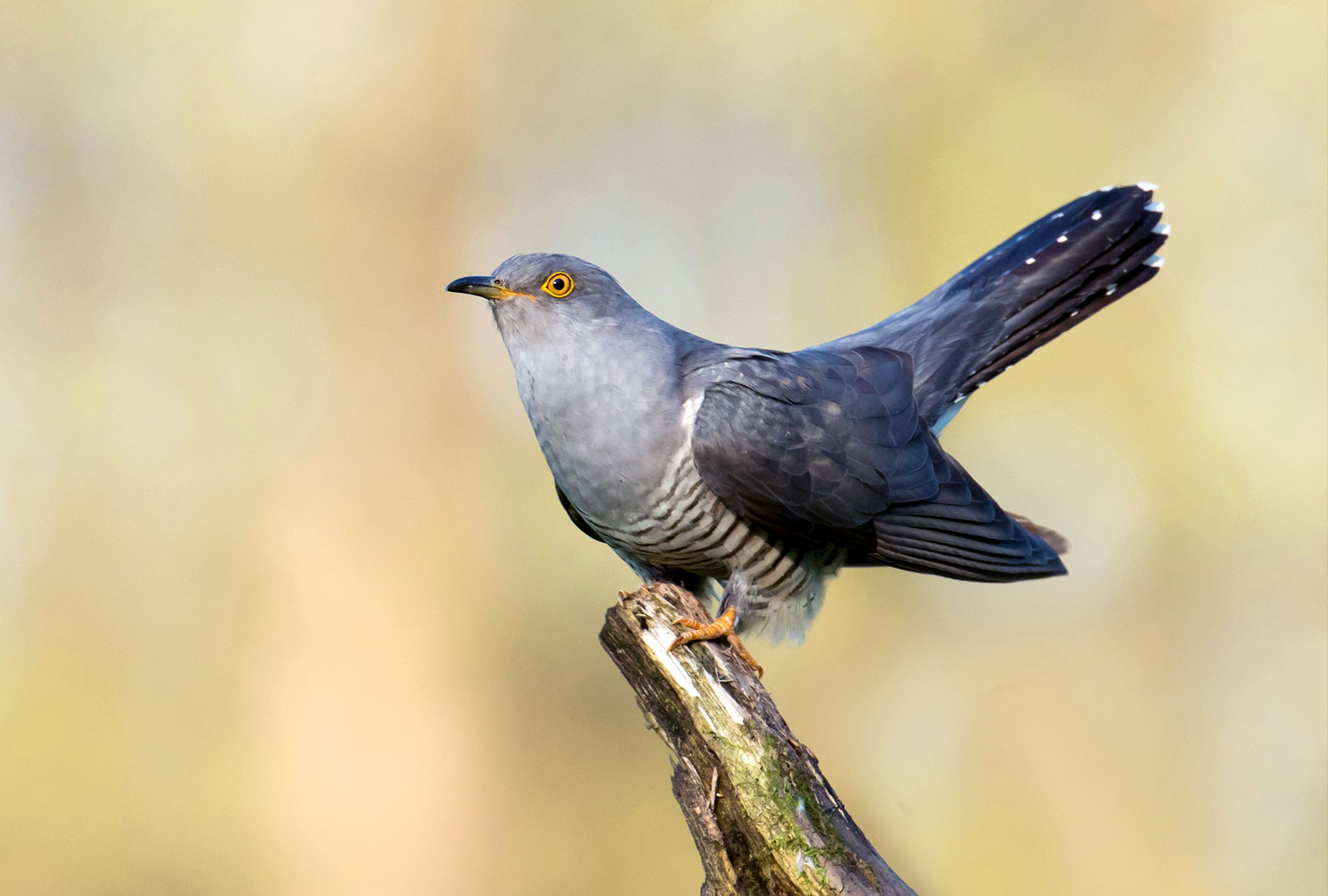 I don’t have kids, but I imagine that being forced to unknowingly raise someone else’s children — either in addition to your own or after yours have been murdered — would be at the top of every parent’s list of nightmare scenarios. Perhaps the only thing more inconceivable than experiencing such a trauma is perpetrating it. Who wants to be a deadbeat parent? For that matter, who could be so heartless as to kill another parent’s young just so their own can be raised in their place?

Yet there are entire species of animals, from birds in the air and fish in the water to insects crawling on the ground, that have evolved to raise their children in precisely this manner. Known as brood parasites, these animals force other species to take care of their young. Many of them never meet their children, and their children never meet their moms. And if their unwilling hosts are lucky, some or all of the host’s own offspring will survive.

But some aren’t so fortunate.

“They’re effectively outsourcing the costs of parenthood, which I’m sure most of your readers can identify with,” Dr. Claire Spottiswoode, a professor at the University of Cape Town who studies avian (bird) brood parasites, told Salon. From an evolutionary perspective, the brood parasites are able to expend less energy raising their own young by tricking or physically forcing other animals to rear them instead. This can occur either with other animals in their own species or animals outside of it.

Brood parasites are the absentee parents of the animal world. And many of them have preferred species that they target while they do this — species they have evolved to exploit, horrifically. As Shaun Taylor, a specialist safari guide in South Africa, told Salon by email, “I have watched specific species such as the African and Red-chested Cuckoo, and they all seem to have their favorite species to use as hosts, as well as a specific environment they want their chicks to be raised in.”

He added, “Perhaps they do care, after all, just a little bit.”

This is true, and it is important to not judge animals in the way that we would humans (as you’ll see in a moment). As we celebrate Mother’s Day, let’s take a look at these animals which remind us we should be grateful for the fact that humans are culturally encouraged to be diligent parents.

“For me, this highlights a bond we as humans have with our young,” Taylor explained. “As parents, we look after our young for many years and even into adulthood. In fact, I think a human mother will never ever stop looking after her kids. It is quite endearing and a trait that makes us very unique in the world.”

“The common cuckoo is really fascinating because it has evolved to lay eggs that look very similar to the eggs that the host had already laid,” said Dr. Rose Thorogood, an assistant professor of behavioral ecology at the University of Helsinki who studies brood parasites (predominantly the common cuckoo, which is a brood parasite that breeds in Europe, Russia and China). “This means that it makes it very difficult for the host to detect that a cuckoo invaded its nest.”

Even worse, when the cuckoo hatches and the parent birds can presumably see what has happened, the ungrateful babies act like bullies.

“What’s really amazing is when the egg hatches, the chick looks nothing like the host’s chick,” Thorogood told Salon. “Once it hatches, it actually gets rid of all of the hosts eggs or kicks those that may have already hatched out of the nest.”

“What’s striking about these parasites is that they’re by definition unrelated to the parents who are raising them, which means that their sort of selfishness as a begging offspring is not tempered by any genetic interest in their parents,” Spottiswoode told Salon. “They tend to be quite selfish in their behavior as offspring because they’ve got no genetic interest in their foster siblings or in the future of the foster parents.”

Common cuckoos may be the most infamous brood parasites, but they aren’t the only ones with infamous cultural stereotypes. As Thorogood told Salon, “The brown-headed cowbird is really famous in Canada and the US and has a pretty bad reputation.”

Why? Well, like the common cuckoo, brown-headed cowbirds can be seen virtually everywhere laying their eggs in other birds’ nests. Thankfully their young are not known to directly assault their nestmates, but because they are so big the harm is often done when they more effectively compete against them for resources.

The seeming immorality of this situation occasionally prompts well-meaning humans to attempt to intervene on behalf of the cowbirds’ victims. Yet the National Audubon Society’s magazine published an entire article in 2018 about why bird-lovers should not remove cowbird eggs from their victims’ nests in a misguided attempt to do a good deed.

“The best solution is to leave cowbirds eggs alone,” Dr. Steve Rothstein, Emeritus Professor of Zoology at the University of California, Santa Barbara, told Audubon. “It’s a natural process and we shouldn’t attach human values about killing or being sneaky to the natural world.”

The article goes on to explain how removing cowbird eggs is not only illegal; it also doesn’t really help things. Bird parents may desert their nests if they feel they have been compromised. Even those that stay may wind up being targeted by “mafia” behavior from the brown-headed cowbird mothers, who could attack them or their nests in retaliation for their eggs being taken away.

As Thorogood explained to Salon, brood parasite behavior can be found in birds all across the world. We need to keep that perspective in mind.

Unlike the previous entrants, cuckoo bees are technically not brood parasites but kleptoparasites — meaning that instead of being fed directly by the host parents, their  young will instead steal resources, like pollen, that have been collected by the host parents. When they feed on and kill the host’s larvae, they are known as “parasitoids.”

A cuckoo bee’s parenting practices go something like this: First, they will find another bees’ nest. Then they will lay their eggs on the food source of that nest so that their young, which hatch early, can consume it before the actual bees that belong in that nest. Sometimes cuckoo bee mothers will kill the competing bee larvae in advance to make sure that the cuckoo’s young are fed. Other times they will leave it to their own young to take care of that gruesome task.

Life is not always easy for cuckoo bees. Cuckoo bumble bees, for instance, are “obligate brood parasites,” meaning that they are incapable of reproducing without their hosts. They also lack the biological ability to collect pollen to feed their offspring, or create wax to build their own nests. This means that, as Meredith Swett Walker explained in a 2018 article for “Entymology Today,” they have their work cut out for them.

She added that these bees also need to be able to defend themselves as they infiltrate a nest and kill a host queen, use chemicals (either their own or those from the colony) to integrate into their host colony and trick host workers into feeding their offspring. (It is unclear how exactly they do this.)

Like cuckoo bees, cuckoo wasps are not true brood parasites but instead engage in parasitoid behavior (killing and eating the host larvae) or kleptoparasitic behavior (when they simply steal their food sources).

The mouth-brooding African cichlid is, as the name suggests, a species of fish in which the mother carries the eggs in her mouth until they hatch. The eggs are initially fertilized are the male digs out a cave (or nest) for the female and impresses her with a dance. If the female is impressed, she will lay the eggs in the male’s nest and he will then fertilize them. After they are fertilized, they will stay in the mother’s mouth for 10 to 15 days until they are ready to hatch, and then for up to two more weeks except to let them eat.

At least, that would be their reproductive process, if not for the cuckoo catfish.

The rest of the story, as told in a 2018 article from Science Advances, should be all too familiar now. The cuckoo catfish will sneak its eggs into a cichlid’s clutch, tricking the mom into carrying the imposter eggs in its mouth. Because the cuckoo catfish eggs hatch sooner, they will eat the cichlid’s offspring, sometimes deceiving the mother into believing that the fake children are actually her own. Sometimes the cichlid will even protect the fake kids.

Some cichlids will try to avoid this fate by screening their eggs for fake ones, but in the process may mistakenly abandon their own actual eggs as well as those of the cuckoo catfish. It seems that, sometimes, you just can’t win. 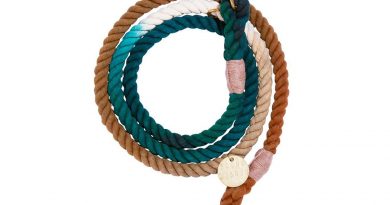 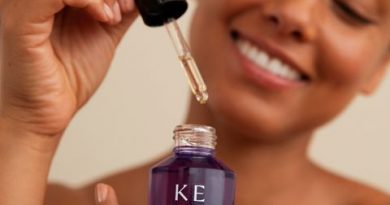 Am looking for you on this

I’ve been vindicated by the gods, ancestors – Quotation Master claims about 2020 election prediction