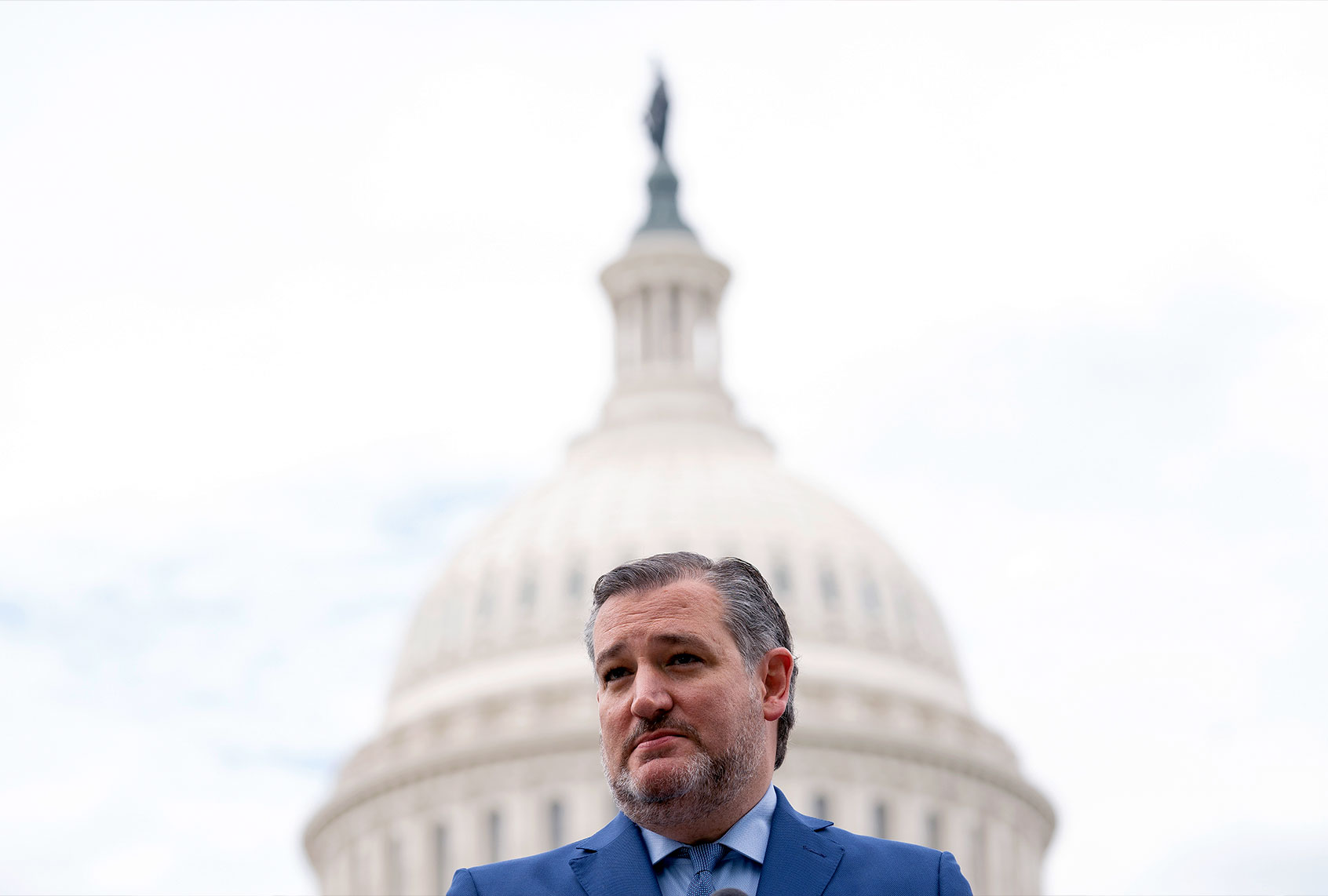 Republican lawmakers have threatened to crack down on corporate tax cuts and subsidies even as the party mounts a unified front to defend the Trump tax cuts that dramatically slashed the corporate tax rate to its lowest level in decades.

Republicans have railed against President Joe Biden’s proposed tax increases on corporations and the wealthy, repeating dubious arguments that a slight increase in the corporate tax rate would make the United States less “competitive.” But Republicans aren’t just battling the Biden administration. They’re also up against a growing majority of Americans demanding big business pay their “fair share.”

A Morning Consult poll last month found that 65% of voters, including 42% of Republicans, support a corporate tax hike to fund infrastructure investments. A Pew survey last week found that 81% of Americans are bothered that “some corporations don’t pay their fair share,” including 59% who said it bothered them “a lot.” An April Quinnipiac poll even found that voters are more likely to support Biden’s infrastructure proposal if it hikes taxes on corporations, putting Republicans who have spent decades defending corporate tax cuts in a bind.

Some Republicans have amped up their newfound anti-corporate rhetoric after former President Donald Trump spent years attacking large corporations, even as he cut their taxes from 35% to 21%. Sen. Ted Cruz, R-Texas, lashed out at “woke” corporations in a Wall Street Journal op-ed prompted by corporate criticism of a slew of Republican voter restrictions in response to Trump’s election lies. Cruz claimed he would swear off corporate PAC money and threatened — but did not actually promise — to reject future tax cuts.

“When the time comes that you need help with a tax break or a regulatory change, I hope the Democrats take your calls, because we may not,” Cruz wrote while criticizing tax breaks for companies like Coca-Cola and Boeing.

Cruz went even further in an interview with The Hill on Friday, acknowledging his shift in response to the “rising populist movement.”

Given the overwhelming poll numbers in favor of taxing corporations, it isn’t surprising to see two presidential hopefuls try to latch on to the anti-corporate sentiment that has grown in the Trump era, although there is little evidence to back Cruz’s assessment about an “inversion” between the two parties. But their statements are ironic given that both Cruz and Hawley backed Trump’s corporate tax giveaway while their party, which has pushed to increase corporate power for decades, rejects any corporate tax increases.

“What Ted Cruz does and says are two very different things,” longtime Democratic pollster Geoff Garin told Salon, predicting that “he will continue to take the calls of corporate CEOs, and take their money too, whatever his tweets might say.”

Senate Minority Leader Mitch McConnell, R-Ky., said on Monday that there will be “none, zero” support from Republicans for Biden’s proposal. “We’re not willing to pay for it by undoing the 2017 bill,” he added, calling it the Trump era’s “most significant domestic accomplishment” even though it failed to meet any of the party’s stated goals, such as higher longterm corporate investments, increasing hiring and wages or paying for itself.

Rep. Kevin Brady, R-Texas, the author of the 2017 tax bill, vowed on Monday that “there’s going to be a real fight over these tax increases” because “we shouldn’t be funding infrastructure on the backs of American workers.”

But Brady’s party is pushing a bill that would shift the entire tax burden of infrastructure investments from corporations to workers, while Biden has so far made good on his promise not to raise taxes on households earning under $400,000 per year. Congressional estimates show that the vast majority of Americans will see a tax cut under Biden’s policies and those making less than $75,000 will, on average, owe no federal income taxes this year. Most of Biden’s proposed tax cuts target big businesses, multinational corporations and those earning over $500,000, although his proposed corporate tax increase to 28% would not even fully reverse Trump’s cut.

Republicans, who have long espoused widely-discredited claims that their tax cuts boost the middle class, have offered Biden a counterproposal, investing less than a third the amount in Biden’s plan, entirely funded by “user fees” that would primarily hit lower-income workers. Even Sen. Joe Manchin, D-W.Va., who has backed Republican efforts to reduce Biden’s proposed corporate tax hike, slammed the GOP proposal for making it “harder on the working person.”

“Hell no, don’t raise them!” Manchin told reporters last week, warning that commuters would be hit the hardest.

The Republican plan calls for about $568 billion in spending that would be paid for with fees like gas and mileage taxes, according to Sen. Mitt Romney, R-Utah.

“My own view is that the pay-for ought to come from people who are using it,” Romney told reporters last month.

But it’s unclear how much new funding the bill actually includes, as opposed to funds it seeks to reallocate from other appropriations and also unclear how much money these user fees can actually raise, Michael Graetz, a Columbia tax law professor who served as a top Treasury Department official, said in an interview with Salon. A Washington Post analysis found that the GOP plan may only include about $189 billion in actual new funding.

Graetz said he was skeptical of the Republican proposal because Republicans have opposed gas tax increases for nearly three decades.

“You have to at least question how sincere they are about user charges,” said Graetz, the author of “The Wolf at the Door: The Menace of Economic Insecurity and How to Fight It,” adding that it would take a long time to raise significant revenues from these fees and they are unlikely to raise significant amounts of money.

While user charges, like tolls to pay for bridge and highway construction, are common and sensible, infrastructure projects are “longterm investments that you can’t pay for all at once without overburdening people and then having a project that’s not completed,” Graetz explained.

“I’m not sure if this is a serious proposal,” Graetz added of the GOP plan. “Democrats are likely to oppose it because user charges will affect everyone who drives across the road or the bridge. And to the extent that it increases transportation costs on railroads or airplanes or automobiles, anyone who uses that infrastructure will pay for it. So it’s not limited to people of any particular amount of income, and they pass it on to consumers in the form of higher prices. Consumers will pay for it. The distributional aspects of Biden’s plan certainly appears to be significantly more progressive.”

It’s not clear what the extent of these user fees will be, stressed Zach Liscow, a tax policy expert at Yale Law School, and some can be used to “discourage behavior that is bad for society,” such as overly congested highways.

“However, there is little indication that Republicans intend to target problems like excessive traffic and pollution,” he told Salon. “In any case, even if user fees do target social problems, if doing so disproportionately targets the pocketbooks of lower-income families, that needs to be traded off with whatever benefits come from targeting the social problems.”

Since corporations stand to benefit the most from improved infrastructure, “it is arguably fair to tax them to pay for it,” Liscow said. “Unless the user fees target activities that are bad for society or policymakers actually want to target lower-income parties with their revenue collection, there aren’t good reasons to use user fees instead of corporate taxes to fund infrastructure.”

Biden defended his proposals on Monday, emphasizing that this spending will go toward investments in fixing bridges and roads, clean water and green energy, as well as other programs that would fund child care, free community college and aid to families.

“I think it’s about time we start giving tax breaks and tax credits to working-class families and middle-class families instead of just the very wealthy,” Biden said, adding that “trickle-down economics has never worked. For too long, we’ve added an economy that gives every break in the world to the folks who need it the least. It’s time to grow the economy from the bottom up and the middle out. … We can choose to invest in our students. We can choose an economy of rewards work, not just wealth.”