The Nigerian Guild of Editors has commended the Governor of Abia State, Dr Okezie Ikpeazu over the number of quality roads executed by the governor in the state.

The editors stated this after being conducted round some of the governor’s projects completed and those still ongoing, by the Commissioner for Works, Dr Bob Ogu in the company of his Information counterpart, John Okiyi Kalu.

According to Dr Ogu, the Osisioma flyover in Aba will be completed before the 29th of May this year while work will continue to reconstruct the adjoining roads leading through the interchange emphasising that the flyover is being done in line with global standard.

He affirmed that most of the completed roads and others under construction were done with rigid pavement technology and have a life span of nothing less than thirty years each.

Also speaking while at Ngwa Road on  one of the  ongoing road projects, Dr Ogu said that plans were in top gear to complete the road before the end of this year, adding that the target of Governor Okezie Ikpeazu is to link up all the major economic hubs in Aba with a good road network.

Some of the roads visited include the newly reconstructed Aba-Owerri Road, Immaculate Avenue, ABSUTH Road, MCC, SAMEK, Eziukwu, Osusu Road, Milverton and all its adjoining roads.

Speaking after the tour, members of the guild expressed surprise at the quality and number of roads done by the administration within, and those leading to the  state’s commercial nerve centre and urged the governor not to rest on his laurels but continue his urban renewal and rural access programs which they said were already turning around the face of the State for better. 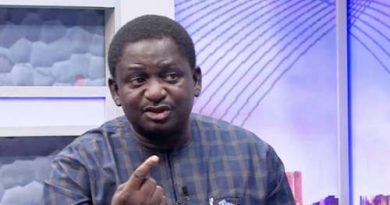 President of the Distinguished Scholars of Africa (DISTINSA), Lawyer Dr Nana Oppong, has paid a courtesy call on the National