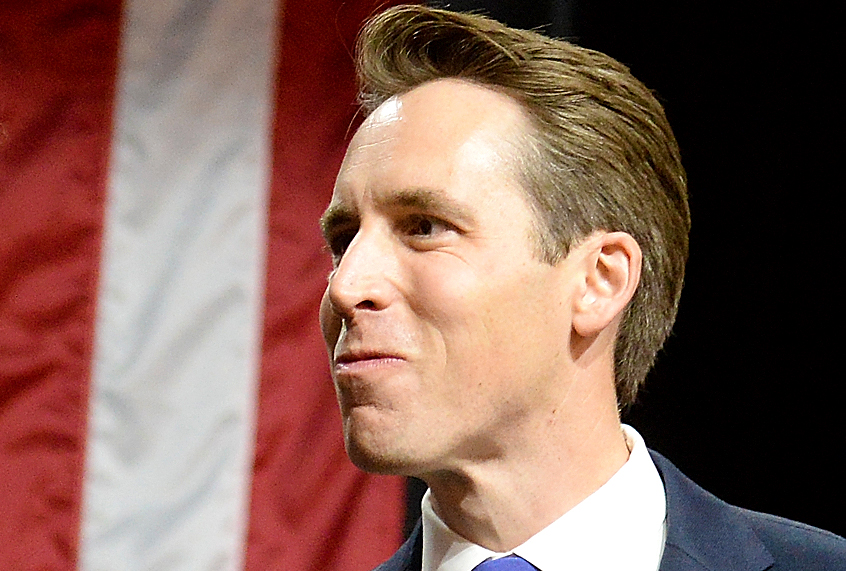 Even as studies have shown a troubling link between Donald Trump’s early COVID-19 tweets and increased anti-Asian hashtags on social media and more Asian Americans have shifted to favoring the Democratic Party over the past year, as even some Republicans in Congress admit a rising tide of anti-Asian hate amongst their ranks, one Republican decided to stand as the lone Senate vote against a new aimed at investigating coronavirus-related hate crimes.

The vote for Sen. Mazie Hirono, D-Hawaii, legislation was 94-1, with Missouri Sen. Josh Hawley as the Senate’s lone vote against the bill on Thursday.

“I’m just concerned the bill is hugely broad, hugely open-ended. Mandates all this data collection in expansive categories that the federal government will collect and maintain. That concerns me,” Hawley told reporters last week. “It just you know the ability and power to define crimes, to define incidents going forward, and collect all that data, it just seemed hugely, hugely over broad,” he said.

In late March, Attorney General Merrick Garland ordered a review of how the Justice Department can best deploy its resources to combat hate crimes against Asian-Americans. Hirono’s bill beefs up state and local resources to fight anti-Asian hate crimes. It now heads to the Democrat-led House, where it’s expected to pass.

In a recent CNN interview, Reps. Michelle Steel, R-Calif., and Kim Young, R-Calif., opened up about their personal experiences with racism and called out the rising tide of anti-Asian hate amid the pandemic.

Last week, the two California Republicans, both among the first Korean American women to ever join Congress, spoke as witnesses during a House Judiciary Committee hearing intended to bring anti-Asian discrimination into the national conversation following the recent mass killing of six Asian Americans in Atlanta.

“This should not have to be said, but I want to be very clear,” Kim testified. “No American of any race or ethnic group is responsible for the Covid-19 pandemic. The virus does not discriminate, it affects everyone.”

“Combating hate is not a partisan issue,” Steel added. “We can all agree that violence against any community should never be tolerated.”

During the interview, Steel detailed specific incidents of racism she’d been subject to during her time in the legislature. “The worst one was ‘we don’t eat dogs like you do,'” recalled Steel. She also recounted an incident in which she was called a “racist b**ch,” as well as “Chairman Mao.”

“You just ignore it,” Steel added. “You do the better job. You have more enemies out there. Especially if these people are not really enemies, but they try to find somebody that they can blame.”

Asked about the hateful rhetoric spewed by Trump, whose impeachment she did not support, Kim said she took offense. Trump’s denotation of the Covid virus as the “Kung Flu” was “a very insensitive remark,” she told CNN.

“To bring all these hateful comments and attack and call out the Asian American community as the community that is responsible for what we’re facing right now, especially through the pandemic,” Kim explained, “This is completely wrong, insensitive.”

“The words of the leaders have consequences,” she continued, “They need to be careful about what they say because people really take that to heart.”

“People cannot work, and they cannot put food on the table for their families,” Steel echoed. “They have to do something about it and then we are the victim. Asian Americans just became the victim. We really have to change that.”

According to stop AAPI Hate –– a group formed to track the uptick of anti-Asian violence during the pandemic –– there have been 3,795 first-hand reported incidents of anti-Asian hate throughout the nation, 68 percent of which included which reported by women. The reports reflect a marked increase from last year’s total, which stood at 2,600. Nearly 45 percent of the reports occurred in California, the two Representatives’ home state.

Trump’s COVID response was deadly — but decades of dreadful, racist policy set up the catastrophe