….As it intensifies efforts at producing a revised curriculum

In order to produce better quality graduates that are nationally relevant and globally competitive in a post-pandemic era, the federal government has begun moves aimed at producing a revised curriculum for the Nigerian university system

To this end, the government has asked Nigerians to expect the type of varsity education that “we have never seen in the country, that will produce entrepreneurial graduates imbued with 21st-century skills for the rapid development of Nigeria.”

The Executive Secretary of the National Universities Commission, NUC, Prof. Abubakar Rasheed is at the forefront of the government’s efforts.

The process which started in 2019 and expected to be completed in September 2021, is a key part of the 2019-2023 Blueprint for the Rapid Revitalisation of the Nigerian University System.

A former Executive Secretary of NUC, Prof Peter Okebukola who is playing an active role in the process, in a statement made available to newsmen in Abuja, at the weekend disclosed that the General Assembly which marked the beginning of the final phase of the review was held on Monday, April 12, 2021.

He stated that participants who included vice-chancellors, professors in the 17 disciplines, representatives of the private sector under the Nigerian Economic Summit Group (NESG), members of Academies, and professional bodies, applauded the bottom-up approach adopted by Professor Rasheed and the inclusiveness of the process.

Prof Okebukola noted that all senates of Nigerian universities, experts from the different disciplines, employers of labour, relevant professional bodies and other stakeholders made input to the process of revising the document.

In his speech at the General Assembly, Professor Abubakar Adamu Rasheed who was represented by Dr Suleiman Ramon-Yusuf, NUC’s Deputy Executive Secretary (Academic), assured Nigerians to expect a revised curriculum, “the type we have never seen in the country, that will produce entrepreneurial graduates imbued with 21st-century skills for the rapid development of Nigeria.”

Speaking on behalf of the heads of quality assurance agencies from all over Africa who are observing the process, Professor Juma Shabani, the Chairman of the Burundi National Quality Assurance Agency said the rest of Africa is waiting to model the Nigerian process of curriculum review and adapt its product to their university settings.

According to the coordinator of the process, Dr Biodun Saliu, who is the Director of Academic Planning of NUC, “follow-up activities to the General Assembly will last for three months. These include online review workshops at the level of the 17 disciplines and the 193 programmes. 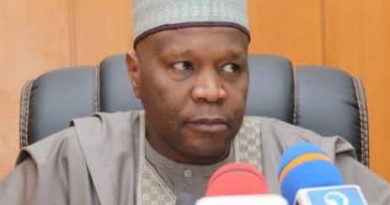