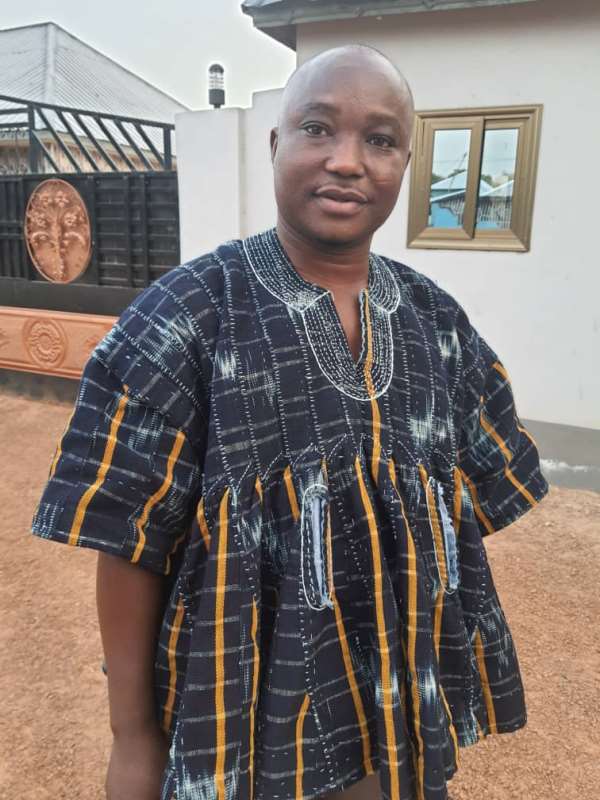 A former student leader, Kadri Abdul Rahman, has announced his bid to occupy the high office of Municipal Chief Executive for the West Gonja Municipal Assembly in the Savannah Region.

The former SRC President of the University of Education, Winneba, believes he has what it takes to derive the collective energies of the people of the municipality towards the path of progress and transformation.

Haven’t served as a member of the governing council of the University of Education, Winneba, spirited Rahman says he has acquired immense experience in administration and human relations fit for the job.

Confidants of the 38-years-old young man hold the conviction that he has distinguished himself as a grassroots party person capable of balancing the official duties of an MCE with managing the expectations of party supporters in a diligent manner to consolidate the gains of the government.

As a former constituency deputy youth organizer and currently a constituency and regional communications team member, they say the student leader has paid his dues well to the party and deserves the reward from the president.

They believe he commands the necessary national recognition and respect from the top hierarchy of the party and government officials owing to his dedicated service and therefore, it came to them as no surprise when during the vetting of the current Savannah Regional Minister, Hon. Saeed Muhazu Jibril, the Deputy Majority leader, Hon. Alexander Afenyo Markin described Mr.Rahaman as a “Spiritus Invictus” and encouraged the leadership of the party to take care of him.

Some polling station executives and youth of the party who interacted with this writer affirmed their belief in the capabilities of Mr.Rahaman.They counted his God-fearing nature and excellent interpersonal relationship as reflective of his hard work and diligence.

The NPP Electoral Area Coordinator for Attribute, Mr. Adams, for instance, recounted his 14 years of friendship experience with the student leader praising him for his sense of compassion, brotherhood, and humility.

Kadri Abdul Rahman disclosed that he is more than ready for the job.

He said with the support of the necessary actors, should he be considered for the position he would lift the image of West Gonja as a shining example. Paul Ofori Amoah, the opposition National Democratic Congress (NDC) Parliamentary Candidate for Agona West, is being interrogated by the Central