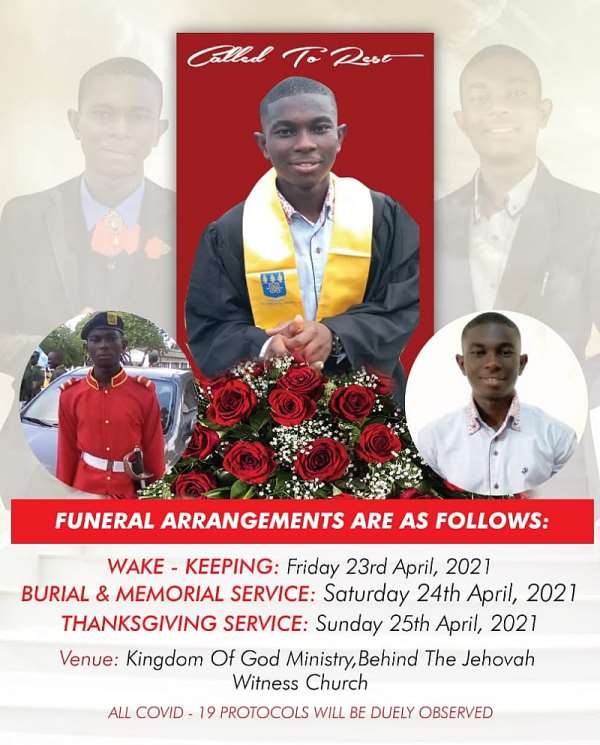 A Weija Circuit Court in Accra has granted an injunction restraining Pastor Paul Egyir Appiah, Head, and Founder of the Kingdom of God Miracle Ministry located in Oblogo Weija, from performing a secret burial and funeral rites at an undisclosed location for his deceased 22-year-old son, Marcus Appiah, a Level 200 Student of the University of Ghana.

The boy reportedly died on 28th March 2021 in Pastor Egyir Appiah’s House after they had returned from his church at Oblogo.

Till date, the man of God has allegedly deposited the body of the boy at a secret location that remains unknown and untraceable.

Pastor Paul Egyir Appiah had planned to perform a secret burial and funeral on 23rd of April 2021 without the knowledge of her biological mother and family members. 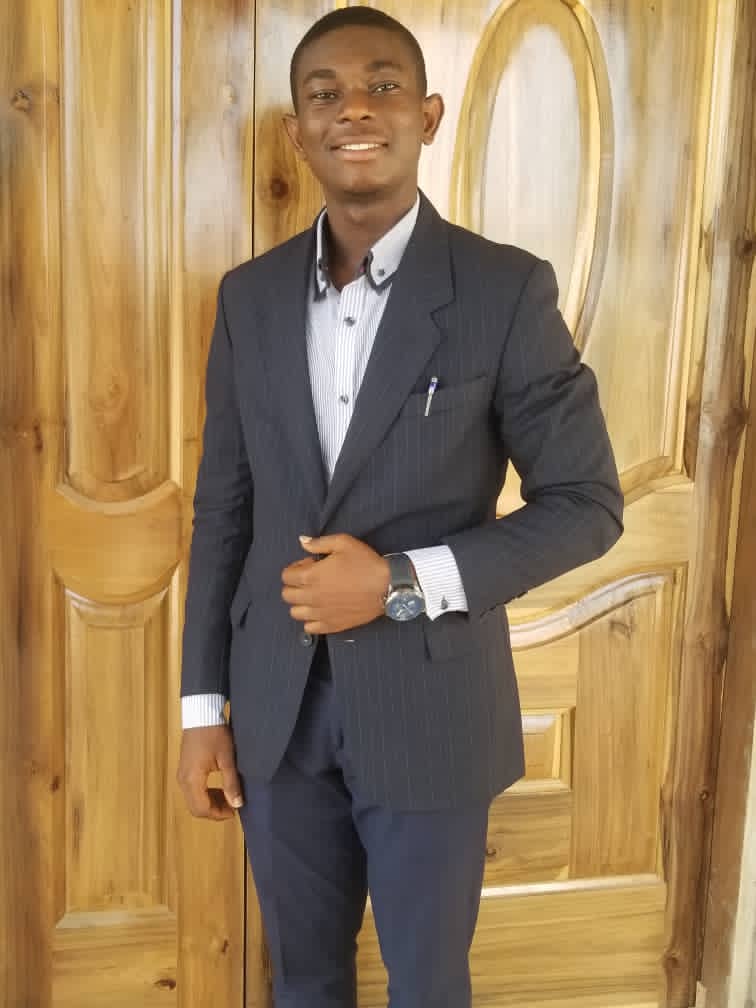 He has also refused and denied all family members including the mother access to view the remains of their beloved son Marcus.

The worst and suspicious of all is the scanty information displayed on the boy’s funeral poster with no mention of chief mourners, family members, his age and burial location.

The court under his Lordship Bernard Bentil has restrained him from continuously hiding the mortal remains of the deceased under strange circumstances.

This follows a civil case brought before the court by the plaintiff and mother Rosaline Dugbartey upon receiving the shocking news of the death of her son from strangers.

Rosaline, who had been married to Pastor Egyir Appiah for 23 years suffered years of physical abuse in his hands and finally got unofficially separated 4 years ago.

The couple had three children Marcus Appiah (the deceased), Deborah Appiah and Ezekiel Appiah and at the time of the incident were not living together. 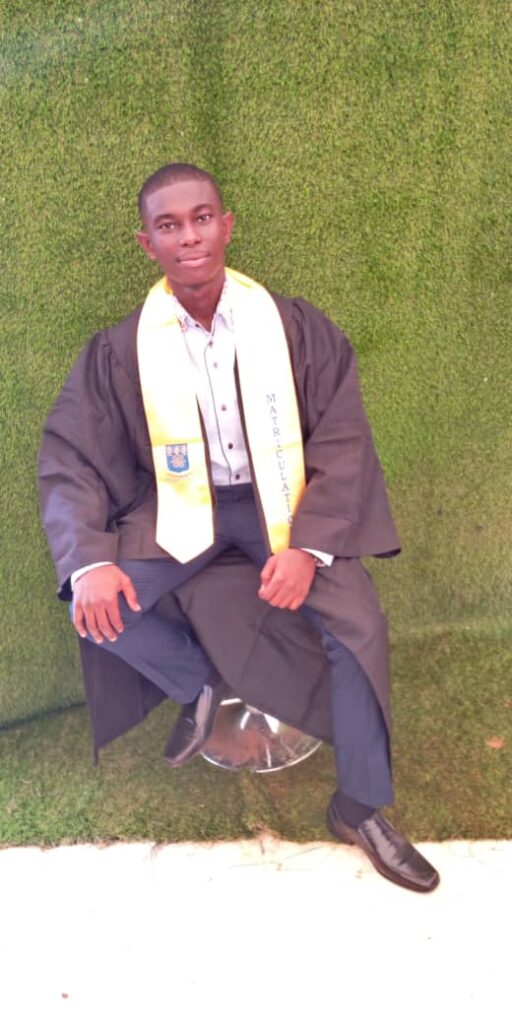 The mother is demanding in-depth probe from the court to unravel the mystery shrouding the death of her son.

She is also seeking an order from the court to enable the Ministry of Health Coroner to perform a transparent postmortem consented to by both parents to establish the cause of death of her son.

Rosaline is also seeking general damages and cost including the solicitor’s fees.

In her statement of claim, the mother and Plaintiff, Rosaline Dugbartey, said on the 5th of April, 2021, she was informed by a well-wisher that her 22-year-old son Marcus Appiah, a Second Year Student of the University of Ghana had strangely and suddenly died on the 28th day of March 2021 in Pastor Egyir Appiah’s House after they had returned from the defendant’s church at Oblogo.

On that fateful day, reports say the boy had played the instruments for the church service and didn’t show any sign of ill health or condition.

According to the plaintiff, Pastor Paul Egyir Appiah has refused to personally inform her and her family about the cause and the strange death of her son and all attempts to see the mortal remains of her son as the biological mother has been blocked by the defendant. 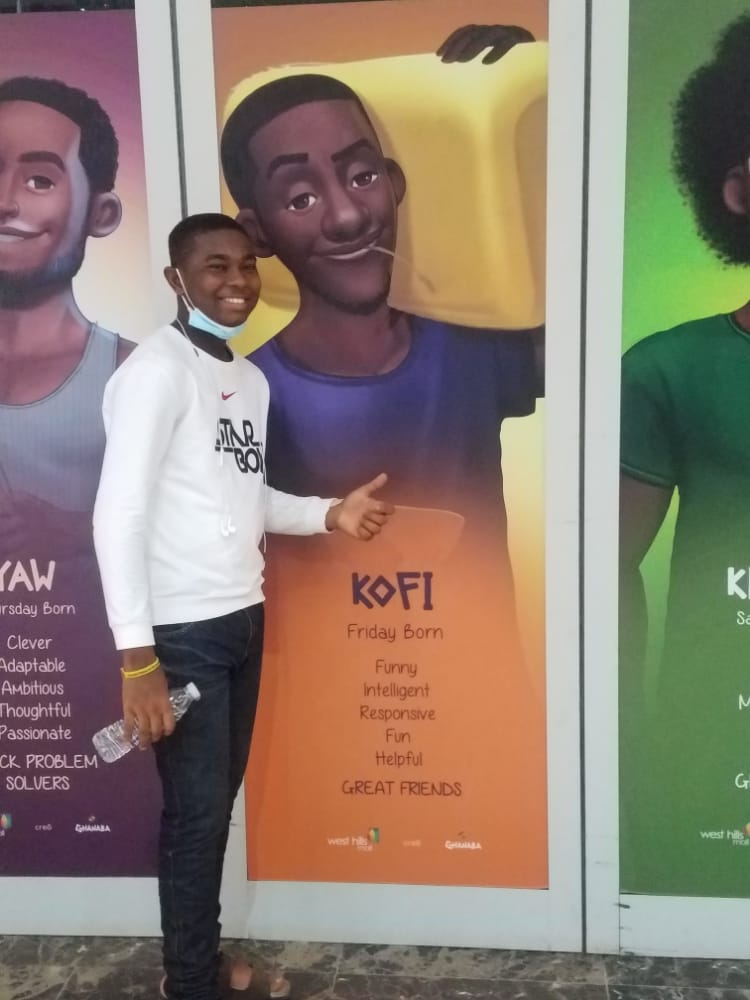 Madam Rosaline Dugbartey is also questioning the demeanour of the defendant in relation to the denial of all the traditional practices and not publicly announcing the death of her son and the way he has kept the corpse at a secret location and further planning to bury the deceased child alone giving enough room for suspicion and foul play. 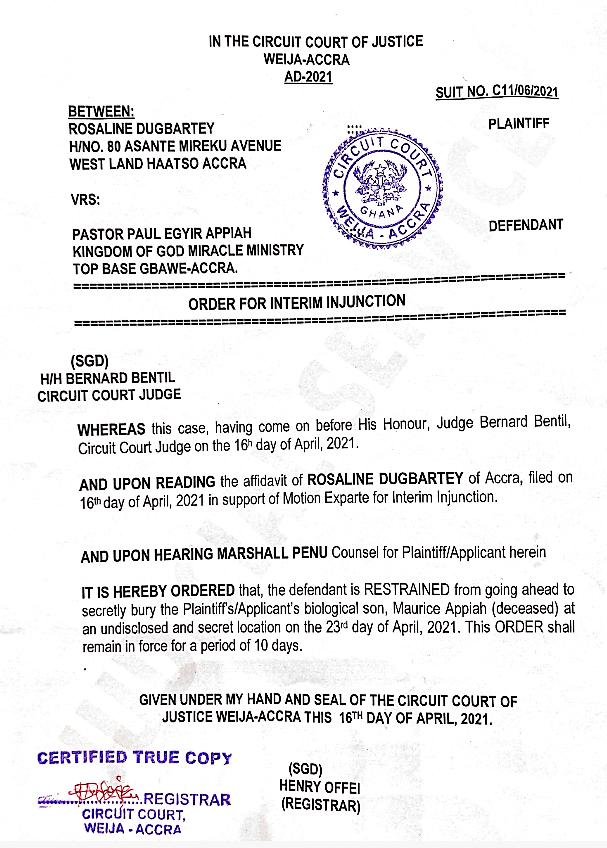 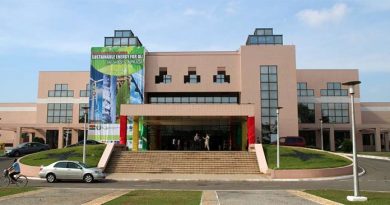