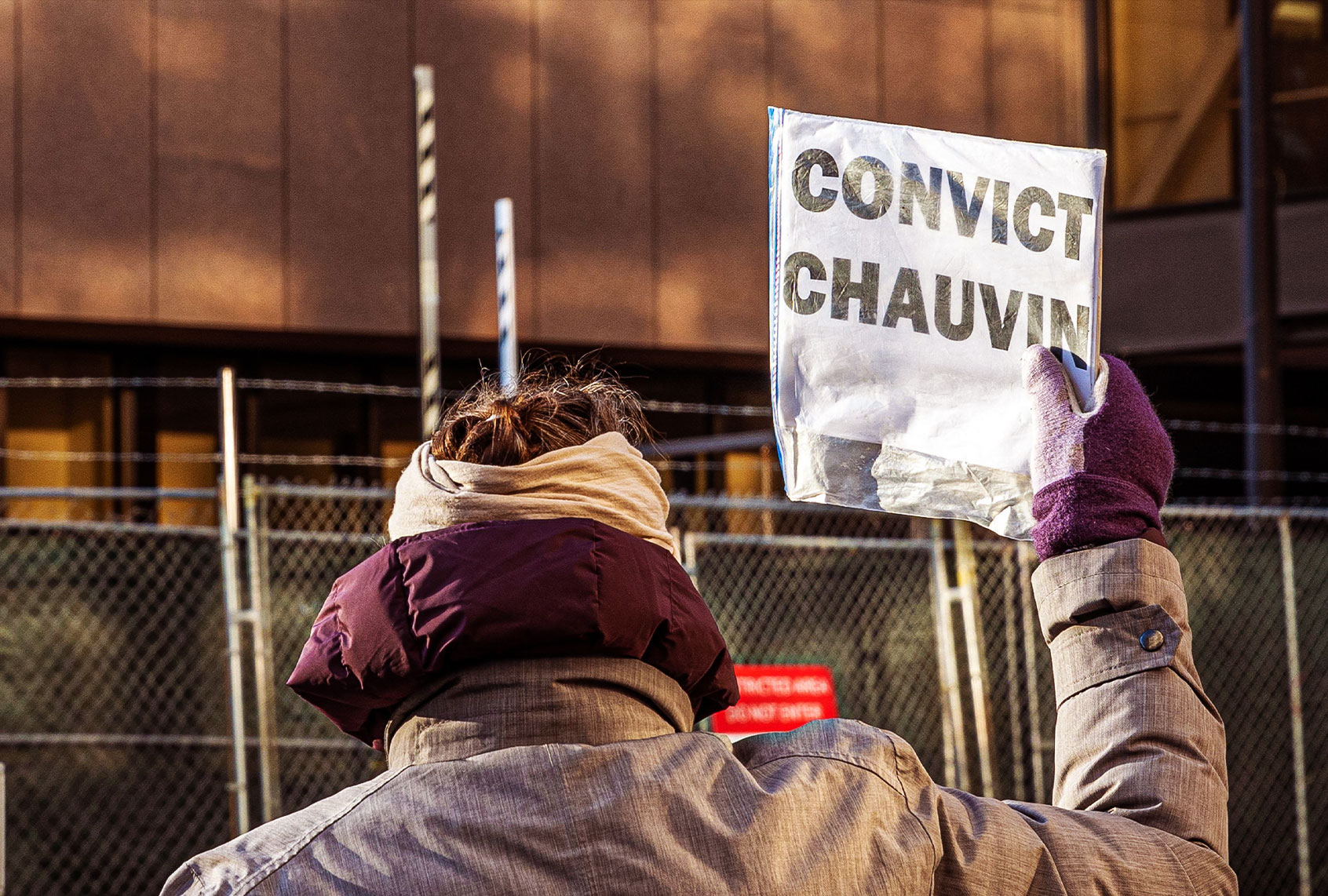 There is a difference between enforcing the law and being the law. The world is now witnessing another in a long history of struggles for racial justice in which this distinction may be ignored.

Derek Chauvin, a 45-year-old white former Minneapolis police officer, is on trial for third-degree murder and second-degree manslaughter for the May 25, 2020, death of George Floyd, a 46-year-old African American man.

There are three questions I find important to consider as the trial unfolds. These questions address the legal, moral and political legitimacy of any verdict in the trial. I offer them from my perspective as an Afro-Jewish philosopher and political thinker who studies oppression, justice and freedom. They also speak to the divergence between how a trial is conducted, what rules govern it – and the larger issue of racial justice raised by George Floyd’s death after Derek Chauvin pressed his knee on Floyd’s neck for more than nine minutes. They are questions that need to be asked:

1. Can Chauvin be judged as guilty beyond a reasonable doubt?

The presumption of innocence in criminal trials is a feature of the U.S. criminal justice system. And a prosecutor must prove the defendant’s guilt beyond a reasonable doubt to a jury of the defendant’s peers.

The history of the United States reveals, however, that these two conditions apply primarily to white citizens. Black defendants tend to be treated as guilty until proved innocent.

Additionally, race affects jury selection. The history of all-white juries for black defendants and rarely having black jurors for white ones is evidence of a presumption of white people’s validity of judgment versus that of Black Americans. Doubt can be afforded to a white defendant in circumstances where it would be denied a black one.

Thus, Chauvin, as white, could be granted that exculpating doubt despite the evidence shared before millions of viewers in a live-streamed trial.

2. What is the difference between force and violence?

The customary questioning of police officers who harm people focuses on their use of what’s called “excessive force.” This presumes the legal legitimacy of using force in the first place in the specific situation.

Violence, however, is the use of illegitimate force. As a result of racism, Black people are often portrayed as preemptively guilty and dangerous. It follows that the perceived threat of danger makes “force” the appropriate description when a police officer claims to be preventing violence.

This understanding makes it difficult to find police officers guilty of violence. To call the act “violence” is to acknowledge that it is improper and thus falls, in the case of physical acts of violence, under the purview of criminal law. Once their use of force is presumed legitimate, the question of degree makes it nearly impossible for jurors to find officers guilty.

Floyd, who was suspected of purchasing items from a store with a counterfeit $20 bill, was handcuffed and complained of not being able to breathe when Chauvin pulled him from the police vehicle and he fell face down on the ground.

Footage from the incident revealed that Chauvin pressed his knee on Floyd’s neck for nine minutes and 29 seconds. Floyd was motionless several minutes in, and he had no pulse when Alexander Kueng, one of the officers, checked. Chauvin didn’t remove his knee until paramedics arrived and asked him to get off of Floyd so they could examine the motionless patient.

If force under the circumstances is unwarranted, then its use would constitute violence in both legal and moral senses. Where force is legitimate (for example, to prevent violence) but things go wrong, the presumption is that a mistake, instead of intentional wrongdoing, occurred.

An important, related distinction is between justification and excuse. Violence, if the action is illegitimate, is not justified. Force, however, when justified, can become excessive. The question at that point is whether a reasonable person could understand the excess. That understanding makes the action morally excusable.

3. Is there ever excusable police violence?

Police are allowed to use force to prevent violence. But at what point does the force become violence? When its use is illegitimate. In U.S. law, the force is illegitimate when done “in the course of committing an offense.”

Sgt. David Pleoger, Chauvin’s former supervisor, stated in the trial: “When Mr. Floyd was no longer offering up any resistance to the officers, they could have ended their restraint.”

Minneapolis Police Chief Medaria Arradondo testified, “To continue to apply that level of force to a person proned-out, handcuffed behind their back, that in no way, shape or form is anything that is by policy.” He declared, “I vehemently disagree that that was an appropriate use of force.”

That an act was deemed by prosecutors to be violent, defined as an illegitimate use of force resulting in death, is a necessary conclusion for charges of murder and manslaughter. Both require ill intent or, in legal terms, a mens rea (“evil mind”). The absence of a reasonable excuse affects the legal interpretation of the act. That the act was not preventing violence but was, instead, one of committing it, made the action inexcusable.

The Chauvin case, like so many others, leads to the question: What is the difference between enforcing the law and imagining being the law? Enforcing the law means one is acting within the law. That makes the action legitimate. Being the law forces others, even law-abiding people, below the enforcer, subject to their actions.

If no one is equal to or above the enforcer, then the enforcer is raised above the law. Such people would be accountable only to themselves. Police officers and any state officials who believe they are the law, versus implementers or enforcers of the law, place themselves above the law. Legal justice requires pulling such officials back under the jurisdiction of law.

The purpose of a trial is, in principle, to subject the accused to the law instead of placing him, her, or them above it. Where the accused is placed above the law, there is an unjust system of justice.