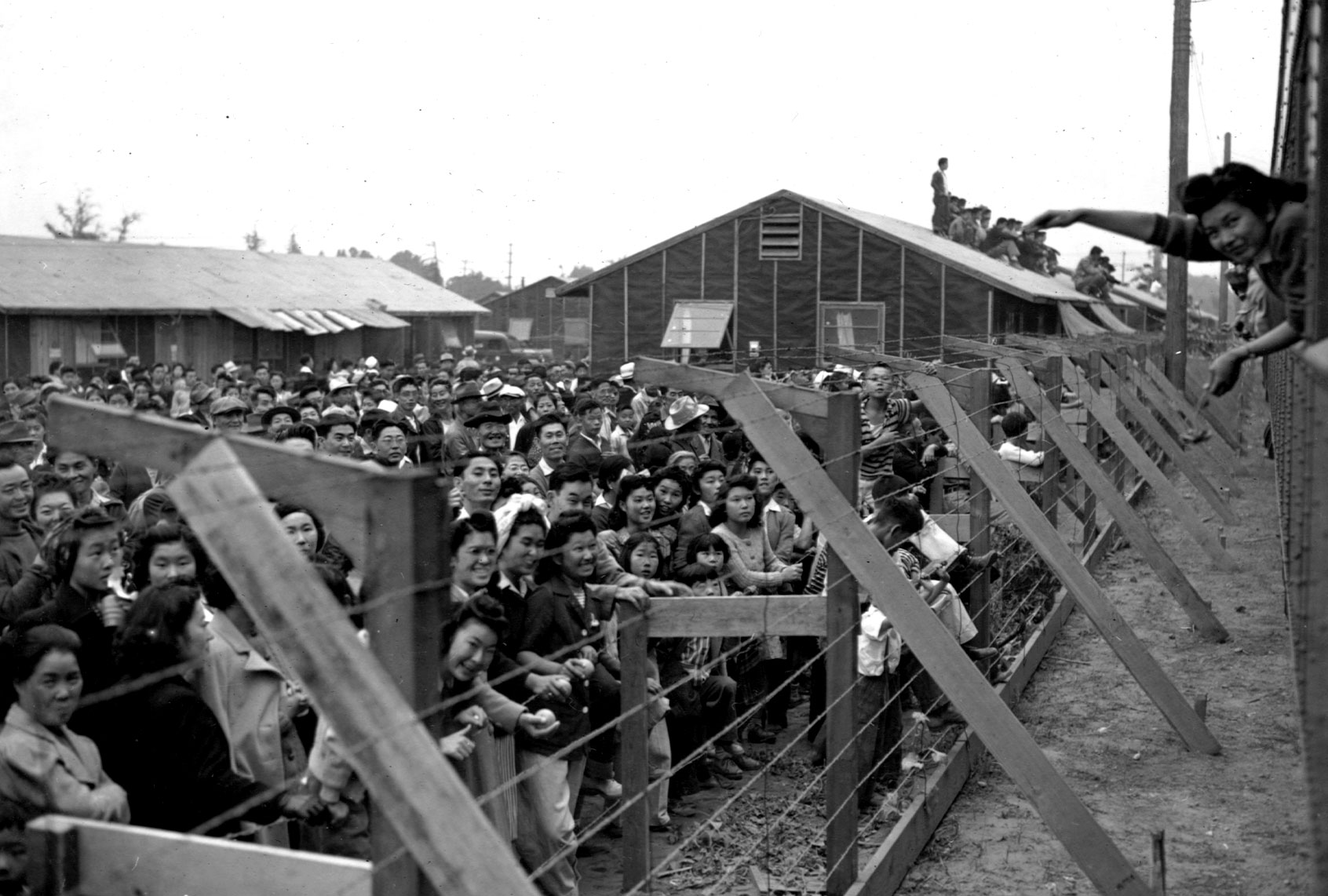 Less than a year before the COVID-19 pandemic hit America, leading to a surge in hate incidents against people of Asian descent, I spoke with “Star Trek” actor George Takei about a graphic memoir he had written. The erstwhile Ensign Sulu described living in a Japanese-American internment camp as a small child. His book was a harrowing depiction of a shameful chapter in American history: During World War II, roughly 120,000 Americans of Japanese heritage (a majority of them U.S. citizens) were imprisoned simply because of their ethnicity. The government was unwilling to distinguish between the Japanese empire that America was fighting and Americans who happened to be of Japanese ancestry. (We were also fighting Germany and Italy, and while there was some discrimination against Americans with German or Italian backgrounds, none were sent to concentration camps.)

“The Japanese Americans did get a formal apology,” Takei recalled. “President Ronald Reagan did officially and on behalf of the U.S. government apologize for it. He did sign the Civil Liberties Act, which paid a token redress of $20,000.”

That particular human rights violation may have been put behind us, but there’s still a very long way to go. A bill called the Covid-19 Hate Crimes Act, intended to combat anti-Asian hate crimes, is en route to passage at the time of this writing, but six Republican senators voted to block it from consideration. (Three of them — Tom Cotton of Arkansas, Ted Cruz of Texas and Josh Hawley of Missouri — are potential presidential candidates in 2024.) It is illegal to openly discriminate against people of Asian ancestry, but that hasn’t halted the growing number of anti-Asian hate crimes and related incidents, including a mass shooting last month at three Atlanta spas where six of the eight victims were Asian American women.

To understand what is happening, it is important to go back to the history of hate against Asians in the United States.

“We have to look at around the Civil War, and post-Civil War,” when the United States deliberately began allowing Chinese men to enter the country as low-wage labor, Rosalind Chou, an associate professor of sociology at Georgia State University, told Salon. “There was the assumption that they’d be easier to control than freed black Americans and that they would be laborers to use not only on the railroads, but on plantations.” Chou added that by only allowing Chinese men, lawmakers reinforced existing laws that barred interracial relationships and made it less likely that the immigrants could “procreate and then produce progeny that would then become U.S. citizens.”

Not long after that came the 1875 Page Act, “the first exclusion act against Asian-Americans,” Nadia Y. Kim, professor of sociology at Loyola Marymount University, explained to Salon. She noted that the law was rationalized by supporters by drawing on “the racist, sexist stereotype that all Chinese women were prostitutes,” creating an environment in which “anyone who resembled a Chinese woman was barred, harassed or sexualized.” She described this as a precursor to the better-known Chinese Exclusion Act of 1882, which prohibited all immigration of Chinese laborers; to this day it remains the only immigration legislation ever implemented that specifically barred one ethnic or national group.

“One of the bases for racism against Asian Americans is the notion of us as contagion and contamination,” Kim explained. “So the laws in both 1875 and 1882 reflect that, because the idea is that Chinese women are carrying sexual diseases and effecting the white and healthy United States. Then, in 1882, it continues that rationale that immigrants are carriers of foreign disease that can infect the country.”

Another factor, predictably, was the notion that Chinese American laborers would compete with Americans for jobs. As a result, Chinese immigrants were frequently degraded and debased, even though their contributions to America’s success were essential.

“The United States, as we know it, wouldn’t exist without those railroad workers because they took part in bridging the eastern region and the western region of the United States, and allowed them to transfer goods and people for a booming capitalist country,” Kim explained. “Many of them were killed from working in inhumane, completely exploitative conditions and freezing winters, blasting holes through rock for tunnels for the train. Many of them actually had spent much of their lives building this railroad. Then, because of racism, they weren’t even allowed to ride on the railroad.”

Chou pointed to a landmark Supreme Court case of 1922, Takao Ozawa v. U.S., which further codified the idea that people of Asian descent could not be American citizens. Ozawa had lived in the U.S. for 20 years, but was denied the rights of citizenship because of alien land laws.

“He brought a case to the Supreme Court challenging at the time how whiteness was defined by ocular inspection of the skin,” Chou told Salon. “If your skin looked white, you were white. And then you had all the rights of white Americans. His argument, obviously, was that some Japanese are very light-skinned — lighter skinned than people of some Spanish descent or Italian descent — and his argument was also that he was American through and through, and that Benedict Arnold was white-skinned and white by the law, but he was a traitor.”

The Supreme Court ruled against him, determining, as Chou put it, that authorities would no longer use “inspection of the skin as rationale for deeming whiteness,” but instead would “use this new pseudo-race science and this term ‘Caucasian.'”

It isn’t difficult to draw a direct line from the racism toward Chinese and Japanese immigrants seen in these incidents and the internment camps where George Takei lived in childhood. Arguably, this kind of racism also made it easier for America to rationalize bloody and costly wars in other Asian countries, like Korea and Vietnam, in the mid-20th century.

“I always emphasize how widespread and tolerated anti-Asian racism is, and how closely tied it is to U.S. foreign policy objectives,” Josephine Park, a faculty member of the Asian American Studies Program and professor of English at the University of Pennsylvania, told Salon by email. “American global dominance has been predicated on its military entanglements in the East (and more recently in the Near East) — the American Century was the Pacific Century — and because Asians have always been rendered ‘alien’ and hence shackled to Asia, our treatment at home is directly tied to broader, often militarized, contexts.”

She added, “It is hard to overstate the hatred and condescension that governed U.S. relations with Asia during the Cold War, for example — even with our stated allies — and the treatment of Asian Americans as alternately friends and enemies because of these global contests has ensured that they aren’t seen as simply Americans.”

Around this same time, however, Asian Americans began to mobilize to defend themselves. As Kim explained, many Asian Americans were inspired by the civil rights and Black Power movements and founded a “Yellow Power” movement, which was influential in the rise of ethnic studies in academia. Around the same time, immigration laws became less overtly discriminatory: The Immigration and Nationality Act of 1965, although not fully enacted until 1970, relaxed racial quotas in the immigration process, leading to a large influx of people from Asia and Latin America.

“This was a surprise to Congress because [they] thought that they were mostly going to get southern and eastern European immigrants, and European immigrants in general,” Kim observed, “but it ended up opening up the floodgates for Asia and Latin America.”

One horrific crime in particular, as Kim notes, galvanized the Asian American community: The 1982 murder of Vincent Chin, an industrial draftsman and part-time waiter in the Detroit area, came just as Japan’s booming auto industry was eclipsing America’s struggling automakers. Predictably and tragically, Japan was blamed when auto workers in the U.S. were laid off, and two white men targeted Chin — who was of Chinese, not Japanese descent and of course had nothing to do with the auto industry. Unfazed by common sense, human decency or facts, the two white men taunted and harassed Chin, chased him down and eventually beat him to death with a baseball bat.

“They never actually spent a full night in jail for the murder of the human being,” Kim told Salon. That’s true: The presiding judge, asked why he sentenced the two men to just three years’ probation and a fine, said: “These weren’t the kind of men you send to jail. … You don’t make the punishment fit the crime; you make the punishment fit the criminal.”

“Most of what Asian Americans had been organizing around had tended to be more region-specific,” Kim said, but the Chin murder “touched all Asian ethnic groups and all Asian American groups living across the United States, whether it was in urban areas or the Midwest or the coastal states. It really allowed for cross-ethnic and cross-regional organizing to bond the Asian American movement.”

This brings us to the present. The language of that 1980s Detroit judge is distressingly similar to that of the sheriff who responded to the Atlanta shootings by saying that the suspect had “a really bad day,” was “fed up” and was at the “end of his rope.” (He also denied that racism played a role, although he himself had publicly expressed anti-Chinese racism on social media.) Of course there was also the racist language and terminology used by our most recent former president, associating Asian people with the COVID-19 pandemic.

“I’ve been saying this for a year: The rhetoric from Trump has emboldened people to openly speak in an anti-Chinese way, which —being Asian American in the United States, part of the stigma is people can’t tell Asians apart, we’re forced into a racial group and lumped together,” Chou said. “I’m Taiwanese American, but people walking down the street couldn’t differentiate, right? Because we ignore the diversity of this group. I’ve been saying for a year that people are going to get hurt if we keep placing blame and calling COVID-19 the ‘China virus,’ if we have radio talk show hosts and news reports constantly using rhetoric that is anti-Chinese.

“That rhetoric of blame on COVID-19,” Chou continued, “has led to harassment on playgrounds where Asian children are being called names, being spit upon, being shoved, all the way through the elderly being pushed and shoved and robbed on the street, called names, having things thrown at them, even more violent things where people have been stabbed and shot. We see that rhetoric is so dangerous. Words do matter.”

“Racism pretty much was government policy regarding the virus for the previous administration,” said Park, “which frankly did little more than alternately demonize and minimize China and Asians more broadly. These attacks are not going away, and as the [economic] contest with China intensifies, the violence likely will, too. The silver lining is that so many are engaged with this broader history now. They want to understand what has now become impossible to ignore, and to combat this longstanding discrimination.” 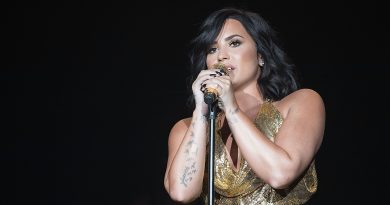